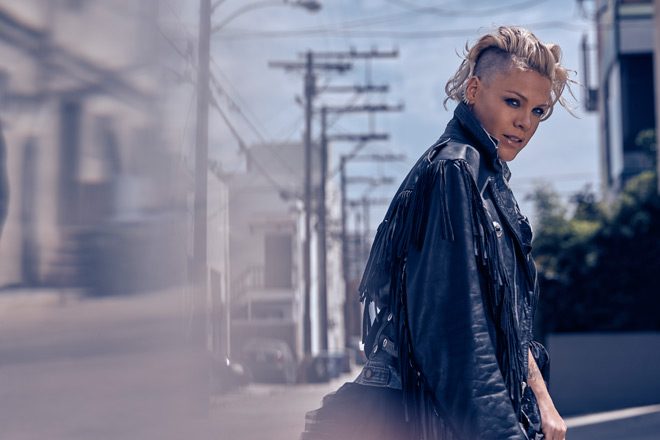 There is just no excuse to not love P!nk: the woman is exceptionally talented, gorgeous, and possesses a strong, independent spirit that has set her apart from her contemporaries for over seventeen years now. With graceful triumph, this firecracker returns on Friday, October 13th with Beautiful Trauma on RCA Records.

P!nk (nee Alecia Moore) is a name that, once synonymous with that funky hair, has come to mean so very much more: incomparable vocals and soaring acrobatics being high on that list. A Pennsylvania native, Singer-Songwriter P!nk has achieved massive commercial success throughout her musical career. It all began with 2000’s Can’t Take Me Home and, nearly twenty years later, this Pop powerhouse is still going strong with albums like 2012’s The Truth About Love. She has three Grammy Awards to her credit, over 40 million records sold worldwide, a Brit Award, a Daytime Emmy, seven MTV Video Music Awards, and Carey Hart. What more could a gal ask for?

Returning after a five-year sabbatical, P!nk offers up her seventh studio offering, the phenomenal Beautiful Trauma. With production credits split across Jack Antonoff (of the band fun.), Steve Mac (Demi Lovato, One Direction), Max Martin (Katy Perry, Taylor Swift) and Shellback (Adele, Taylor Swift), the thirteen-track album was destined to be an amalgamation of sounds, from Pop to R&B, sultry dance numbers to piano-accompanied ballads. You cannot possibly pin a good woman down, and P!nk makes damned sure of that on this go-round!

Titular track “Beautiful Trauma” kicks off the collection with some laughing and fun, a steady dance beat and an infectious love that is truly a radio-friendly drug. She immediately turns her eyes toward “Revenge,” a sassy, retro groove that presents Rap verses against catchy choruses and a fabulously fun feature appearance from some Rapper named Eminem. Rumor has it that this hysterical good time is going to be the next single/video!

While tracks like predecessor “Revenge” are witty, songs like “Whatever You Want” serve to highlight and reassure the world of Pink’s vocal prowess; she might be able to craft a flirty Pop song, but dammit, the woman can sing. She continues to prove this fact on first single/video “What About Us,” where a gentle dance beat accompanies soaring, passionately emotional vocals, creating an infectious melancholia. In the wonderfully moody, cinematic video for the song, there is interpretive dance in moody Los Angeles amidst a plea in the name of those that are searching for answers and happily ever-afters.

The immediate presumption might be that a track entitled “Barbies” will tackle the façade of beauty in our world, though instead P!nk admits to wishing to return to the naivete of youth, playing with dolls in her room; it is a powerfully emotional and haunting plea from a grown woman with a daughter of her own. As with much of the collection, “For Now” places the focus fully on P!nk and her lyrics, a passionate freeze frame that attempts to return to what we have lost, even if its momentary. Meanwhile, deliciously sensual dance beats weave a hypnotic shake in “Secrets,” where everybody has something they hide. It is stellar, as is the powerful Neo Gospel/Pop anthem “I Am Here,” a ‘take me or leave me, flaws and all’ proclamation of a woman who has never suffered fools well. Backed by a heavenly choir and singing to a steady beat, she absolutely shines in her stunning individuality!

Sounding like a cinematic dream, “Wild Hearts Can’t Be Broken” is a beautiful piano, string and vocal tryptic that might sound like heaven, but there’s feistiness here from a woman who will never surrender. In fact, P!nk runs the gamut on this album, tossing in an intimate confession set to piano (“But We Lost It”), Spanish-influence guitar work (“Where We Go”), R&B flavor (“Better Life”), and a Bluesy, sultry piano and vocal ballad (“You Get My Love”) to round out her superb seventh offering.

The dichotomy inherent in its title, Beautiful Trauma, is present throughout the album in tracks that sound like a festive dance or joyful embrace and yet sing of relationship breakdowns, yesterday’s sorrows, and plead for a more hopeful world. P!nk is a lady who never disappoints, and on lucky number-seven she is no different: amazingly infectious sounds ride the wave of her stellar, noteworthy vocals and create a sonic wonderland that is fully Pop and yet amazingly intelligent and insightful. Considering that her contemporaries are all auto-tuning the fuck out of themselves to attempt to hit one note, P!nk’s talent boggles the mind! How does she do it? For inspiring the awe in our Pop-loving hearts, CrypticRock gives P!nk’s Beautiful Trauma 5 of 5 stars. 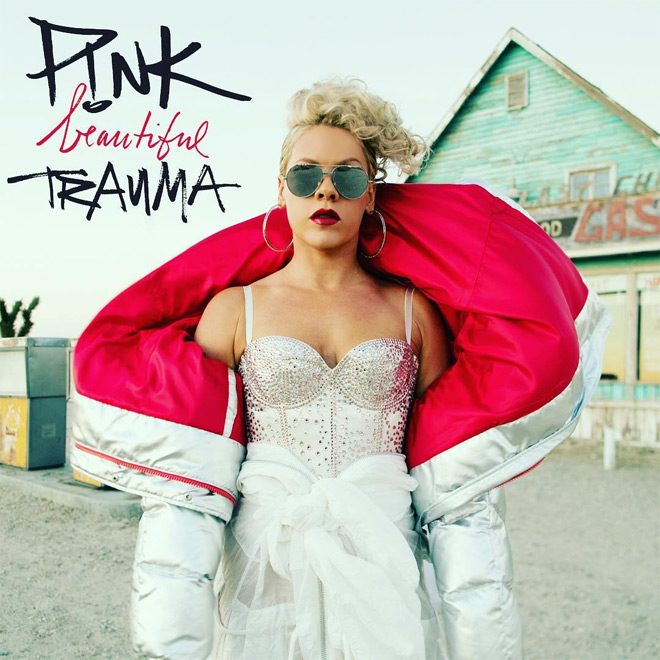 AFI – Bodies (Album Review) Sting – Duets (Album Review)
Like the in-depth, diverse coverage of Cryptic Rock? Help us in support to keep the magazine going strong for years to come with a small donation.