Poltergeist is the rare film that is largely responsible for the continuing popularity of the word it uses as its title, in fact, it is impossible to say it without thinking of the imagery the 1982 Steven Spielberg, Tobe Hooper collaboration cemented in the world’s cultural consciousness. 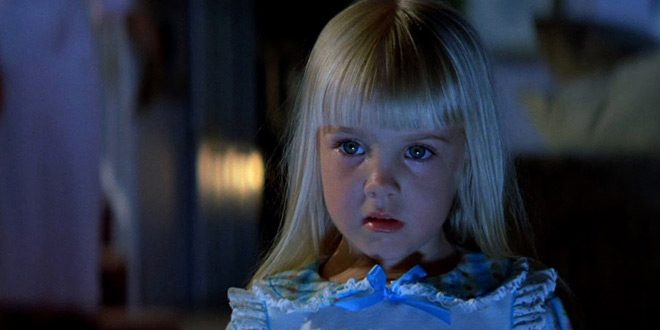 Released on June 4th of 1982 via Warner Bros. Pictures, its enduring success was not however inevitable; the film was considered a surprise hit at the time, and has only managed to become a much-beloved cult classic from there. That said, it is a film remembered not just for its success, but for how it forever influenced the visual language of Horror films. Remember, if you see a Horror film mining its scares from little girls being creepy, television static, and domestic spectral phenomenon…it is likely that film is using the language that Poltergeist first established 35 years earlier.

It is no surprise then that when discussing Poltergeist today, it sounds as by-the-numbers as one can get; a typical nuclear family new to a typical quaint suburban house are terrorized by a ghost that wants it’s revenge. Honestly, the setup was hardly revolutionary by the standards of the ’80s either, but it was the execution of this premise that make Poltergeist such a hit.

Simply put, Poltergeist never felt at all constrained by its ‘modern’ take on a Gothic horror premise. Rather than limiting its scope and staying within the boundaries of a single ghost story, it uses the fundamentals of a typical ghost story to launch a film that goes much deeper into its own mythology than the audience might first expect. It manages to introduce spiritual mediums, a graveyard full of ghosts, an angry “beast,” and even a climactic extra-dimensional portal. Even better, it wraps all of these concepts up in multiple imaginative domestic horror sequences, expressing the fantastical through fear of the familiar. 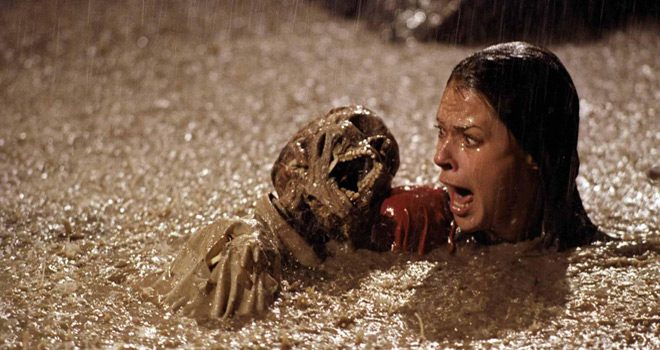 While the major beats of Poltergeist may be recognizable to anyone with a passing interest in the Horror genre, the tale of its storied production may not be. Officially directed by Horror Master Tobe Hooper, famous for 1974’s The Texas Chainsaw Massacre, there have been speculation of Hooper’s participation; it has been stated he took a backseat during the production process, and that the film’s real driving directorial force was actually none other than Steven Spielberg. Although who really knows the truth.

As for highly decorated Spielberg, he penned the screenplay and served as producer on the film, but thanks to some very specific contract stipulations, was not allowed to officially direct any other films before the release of his upcoming E.T. the Extra-Terrestrial, which hit theaters a week later on June 11th. Indeed, many associated with the production charge that Hooper hardly took the reigns of the shoot, letting Spielberg (who was present nearly the entire time) decide much of the shot composition. Spielberg hinted as much himself before the film’s release – something that got him into hot water with the Directors Guild, who claimed he was denigrating Hooper’s position as director.

With this in mind, the film’s focus suddenly becomes clearer than ever; even by then, Spielberg was becoming well known for producing films that focused on family dynamics, and Poltergeist certainly explores this territory. In fact, it is easy to see that this is largely responsible for the film’s success – it never forgets to have a beating heart underneath the horror, and the slightly saccharine familial love is something any audience can invest in. Whether or not Spielberg was the film’s de-facto director, his screenplay is certainly in line with his trademark themes and tones, and for that, it will always bear his unique creative stamp.

The Poltergeist legacy does not just end with influence; to the surprise of many, there was a concerted effort to turn the film into a franchise. The results, 1986’s Poltergeist II: The Other Side and 1988’s Poltergeist III, both which failed to capture audience’s imagination as the first did as they tried to wring more material out of a world that had already been explored as much as in needed to be and finding only diminishing returns. Over 20 years later, the idea of further sequels was abandoned in favor of a 2015 directed by Gil Kenan and written by David Lindsay-Abaire remake. Despite being somewhat commercially successful, audiences found a film that did little to add to the original, and it was received with more jeers than cheers. 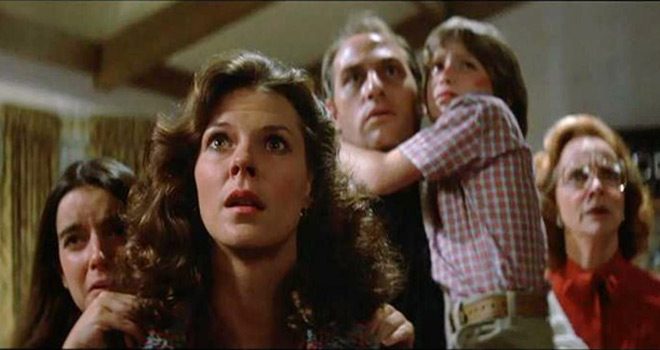 Of course, for many, the story surrounding the original Poltergeist may be more recognizable than the film itself. Since its 1982 premiere, the events surrounding the cast and crew have become to be known as “the Poltergeist curse,” with some alleging that the grizzly events surrounding some of the actors who played the Freeling children are a supernatural result of the crew using real skeletons during the production of the film. Without rehashing all the details, Dominique Dunne, who portrayed the oldest sister Dana Freeling, was murdered at the age of 22 the year of the film’s release and Heather O’Rourke, who portrayed the innocent little Carol Anne Freeling, tragically died after medical misdiagnosed at the age of 12 in 1988.

This is a collision of fact and fiction, and shows just how a film’s real-life reputation can be informed by its subject matter. To many, the world offered up in Poltergeist was so vivid and real that there was just no way to separate the production as a whole from it. Eventually, when tragedy repeatedly struck, the audience found it impossible to separate those events from the mythos of the film either and the idea of “the Poltergeist curse” has endured on, far past the reaches of improbability and believability. If that is not an unfortunate testament to Poltergeist’s power, it is hard to say what is. 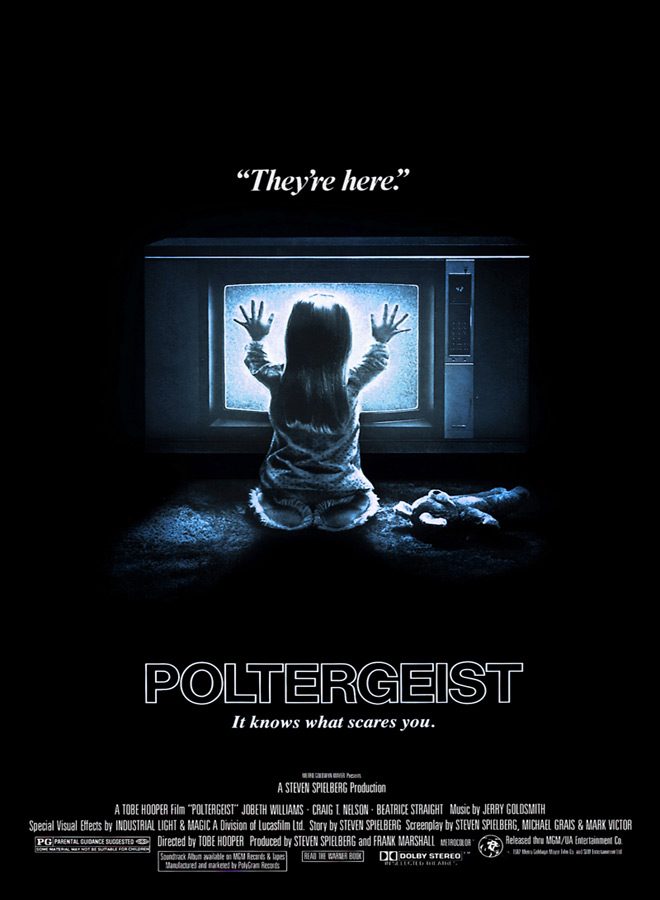