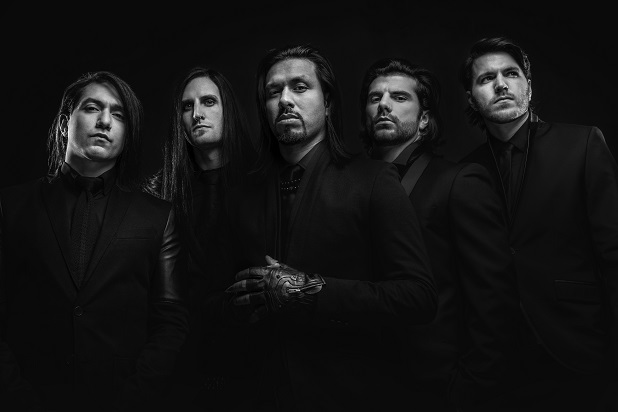 Since their inception in 2001, hard rock band Pop Evil has captured hearts everywhere with their energetic performances and meaningful lyrics. Their debut studio album Lipstick On The Mirror (2008) gave fans tracks like “100 In A 55” and “Hero”, followed by a successful sophomore effort War of Angels (2010) with hit singles such as “Last Man Standing” and the melodic “Monster You Made”.  After rocking a spot on the Trespass America Festival with heavy hitters Five Finger Death Punch in 2012 Pop Evil released their third studio effort simply named Onyx. Their first single from the album, “Trenches” was released in February of 2013 with the album itself officially being released in May.The album opens with track “Goodbye My Friend” which was debuted on radio in April prior to the release of Onyx. The track immediately commands your attention as it bleeds in with deep, wicked tones from Matt DiRito (bass) followed by a solid intro to drummer Chachi Riot (AKA Josh Marunde), guitar players Davey Grahs, and newest member lead guitarist Nick Fuelling.  The intro leads you to the powerful vocal performance by lead singer Leigh Kakaty. Not a disappointing way to start out the record to say the least. Next up is “Deal With The Devil” which is classic Pop Evil style, with consistent guitar rhythms it’s just a catchy tune altogether.  The track is currently being played all over SiriusXM Octane and bound to be a new favorite amongst hard rock fans.  As the album continues one thing is clear and that is Pop Evil has doubtlessly manifested a maturity lyrically speaking on this album.  The track “Trenches” which was the debut single off the record is pure evidence of such.  Spread your wings evil ones because this song is going to empower you to find strength you either didn’t know or forgot you had. It’s no wonder the track has become the band’s most successful of their career thus far being engaging, ambitious and just all out exciting. On “Torn To Pieces” the title alone strikes a chord prior to even listening. The track flows in slow and alluring, with Kakaty’s vocals coming in a bit more delicate and melodic. The fact that the band can transition from authoritative to impassioned is just one of the qualities that adds to their likability factor.  With the track “Divide” the pace picked up a little more as Kakaty almost takes on rapping, while singing the chorus. Staunch in the message the track brings, tenacious in their approach Pop Evil continues to arouse the emotion in the listener with tracks like this one.

Halfway through the album now we come to “Beautiful”. This track a bit more primal in sound at first than one might think, with Kakaty relaying a thought that we all tend to underestimate ourselves. The band has such a way with their song writing to endear hearts of listeners which is what this song does. The track is followed by “Silence and Scars” which leads you to understand never to judge a song by its title.  The song is brought in warmly by Grahs with very simple but ear catching notes while Chachi’s drumming remains solid and melodic and a piano rounds it out keeping the sound sweet and meaningful while Kakaty’s haunting lyrics spill out through his incredible voice.  Keeping song quality up next is “Sick Sense” finding the band experimenting briefly with some new sounds, weaving in a bit of dub step into the track which is commonplace in rock and metal these days but with this track it is not overplayed.  The venture has been tastefully done making it the hardest track on the album. Grahs and Fuelling get a bit of a break until the chorus comes along and then they step in with a forceful presence. DiRito provides deep and fluid vocal lines and the subtle to energetic Chachi lifts Kakaty’s intensity throughout the song.

Consistent through its duration Onyx brings you “Fly Away” toward the end. Grahs and Fuelling go fierce on this track with a vivid DiRito keeping that  smoky bass steady and clear while Riot drums away with anything but subtlety. Saving some of their best for last “Behind Closed Doors” is a notable track where Pop Evil releases versatility with a solemn keyboard introduction followed by driven guitars raising the tempo. The keyboard in the background just adds an element to the track that is entrancing. Nearing the end of the album you are presented with more raw power in “Welcome To Reality” which is full energy.  Onyx is closed out with the track “Flawed” which hits you hard with concentrated grooves.  Kakaty’s wasting no time in getting his point across that in today’s society no matter how hard you might try it may never be enough.

Pop Evil has grown into a very respectable and talented bunch and has emerged as nothing short of uncompromising and a force to be reckoned with.  After laying down their party hats and honing their song writing skills Pop Evil have taken things to the next step with Onyx.   The record has assured the band will remain relevant and grow in popularity in the coming years. CrypticRock gives Onyx 5 out of 5 stars. 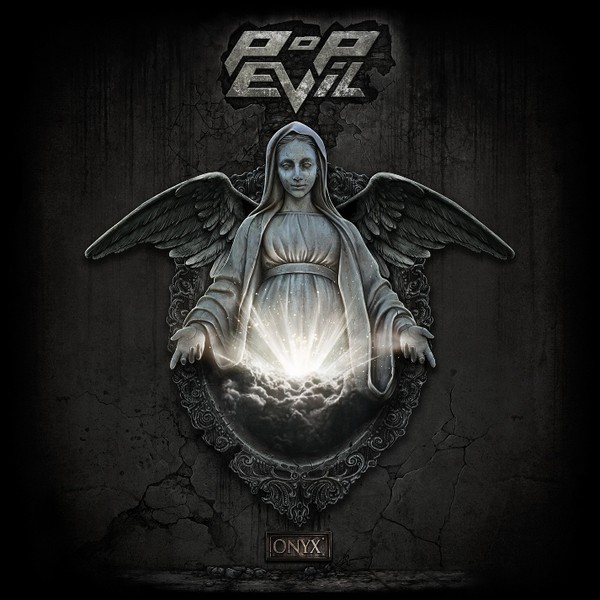