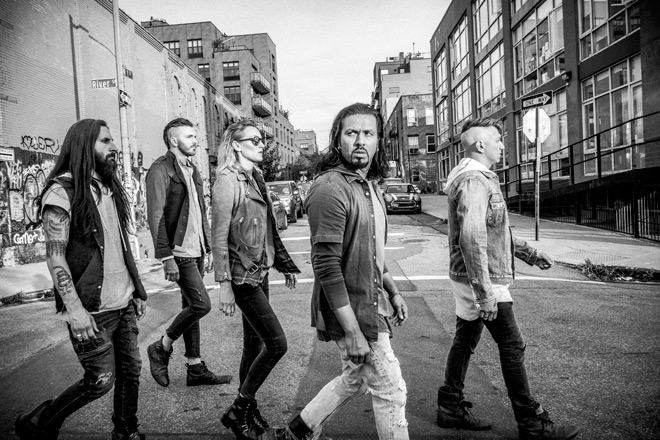 Breaking boundaries is always an admirable trait in the music industry, showing strength and growth personally and as a band. That in mind, Michigan natives Pop Evil have reached a new landmark for themselves on their self-titled album set to be released on Friday, February 16, 2018 via eOne Music. Already attaining success through the years, could their latest affair be a new turning point in their career?

Before moving forward, let us look back on the history of Pop Evil. It goes back over 15 years, and shortly after their 2008 debut album, Lipstick On A Mirror, they gained recognition rapidly on active Rock radio. Continuing to thrive, each album release since has seen Pop Evil break the top 10 in Billboard Us Rock charts. Although, the ride has not always been a smooth one. Naturally there has been growing pains, lineup shifts, but through it all Pop Evil has prevailed to continue on their quest to rock.

Boldly titling their new album Pop Evil, their fifth overall full-length was produced by Kato Khandwala (Blondie, The Pretty Reckless). Their first album since 2015’s Up, it is the longest span Pop Evil has gone between albums since signing on with eOne Music. This go around, there is newly added Drummer Hayley Cramer that joins founding Vocalist Leigh Kakaty and Guitarist Dave Grahs, along with Guitarist Nick Fuelling, and Bassist Matt DiRito. Together they bring on a new evolution of the band’s sound, fusing the “Pop” and “Evil” into what is about to blow listeners’ mind. Additionally, the band sheds light onto important topics with transparency of harsh truths, conveying in the form of striking and inviting tunes.

At first glance of the album artwork, elements can be found which make up the overall lion illustration – images of skeletons, peace signs, beautiful flowers, extraterrestrial life, and many more. The melting pot of designs compose the admirable strength and mindset of a lion, which flows beautifully into the first single and track. That track, “Waking Lions,” is undeniably one of Pop Evil’s heaviest tracks to date, verging on the fence-line of Metal. An explosive intro of heavy drums and bass create the perfect beginning to the bold and in-your-face record, uniting and inspiring listeners to not be afraid.

Eleven tracks in total, Rage Against The Machine influenced tracks “Colors Bleed” and “Art of War” are also bound to be favorites, even this early in! The heavy music in “Colors Bleed” continues against a marching beat as angelic background vocals morph into screaming. The contrast of cymbals keep the track balanced, highlighting the chorus as a strongpoint. Borderline Nu Metal, “Art of War” spits fire at the downfall of government as Kakaty roars, “This is the point of no return.” Overall, the track is high-energy and is no doubt going to be an aggressive favorite in live shows.

The theme of society’s deterioration continues with “Ex Machina,” a Sci-Fi dystopian society in which the world is not far from with artificial intelligence. The band suggests we find a solution for our over-sensitive and fragile world before it is too late with lyrics such as “Pray the world will break before we sacrifice the human race.” Grunge guitars slither against the drums, and the blend of short vocals with drawn out singing is a highlight. The element of layered background vocals is one to gush over, creating a texture not heard before by Pop Evil.

A change of pace, switching the gears into the “Pop” twist of the band is the uplifting and fulfilling “Be Legendary.” Easing in with a steady beat from the get-go, the positive message seizes the moment, making for a nice contrast compared to the burdensome realities of previous tracks. Though “A Crime To Remember” is not necessarily the most positive in terms lyrically, the song is still musically inspiring. It almost feels as an Imagine Dragons influence as chains rattle against strong drum blasts. Chanting in unison gives life to an anthem in which Kakaty demands to be shown the truth.

It should also be stated that Pop Evil is not afraid to bring out their religious beliefs either. Prime examples are “God’s Dam” and “When We Were Young” which ache for high hopes. Diverting from a standard tempo, “God’s Damn” brings a tropical funk to Pop Evil’s distinctive Rock guitars. “When We Were Young” continues the feel of modern Alternative Rock and flows consistently with the progression of the album. Lastly, album closer “Rewind” is deemed the most personally driven song, expressing the washing away of sins. Concluding the record joyfully, a choir lightheartedly fills the air, expressing the wash away of sins and a rebirth of sorts.

With the blend of many components from previous works, with their new found sound, Pop Evil continues to transform into the band they want to be – fully expressive, brutally honest, and eye-opening. The mix of politically charged headbangers and boppy anthems is one any listener can appreciate. Overall, the record is highly textured while being upfront lyrically with a desire to speak and shake things up. For these reasons, Cryptic Rock gives Pop Evil 4.5 out of 5 stars. 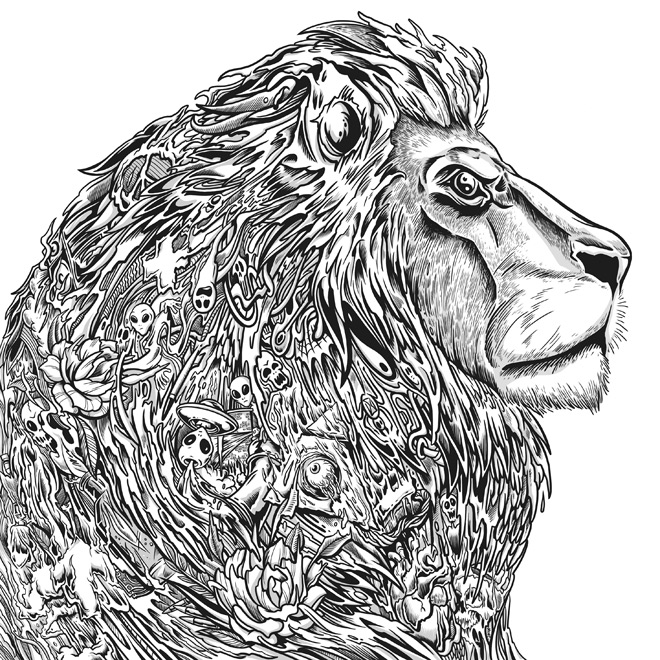