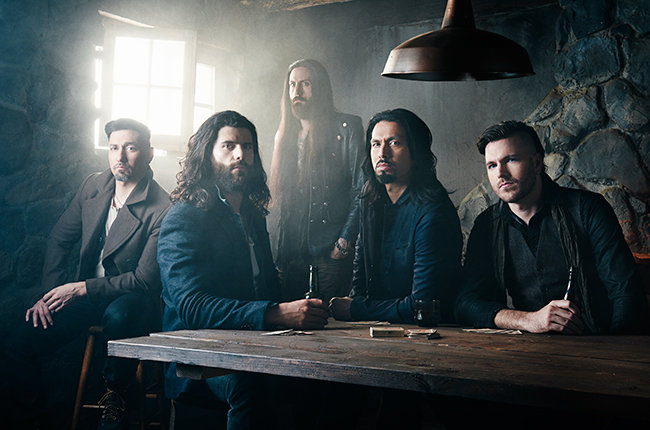 Hard Rock band Pop Evil has sustained their fill of lineup changes and tribulations, but held together to remain strong and relevant in this ever changing music industry. Formed in North Muskegon, Michigan in 2001 by Lead Vocalist Leigh Kakaty, the band has seen an evolution through the years, first releasing War of the Roses back in 2004 independently, then making an impact with their major label debut Lipstick on the Mirror in 2008, continuing on with War of Angels in 2011, and exploding to a new level with 2013’s Onyx. Now including a supporting lineup of Nick Fuelling (lead/rhythm guitar, backing vocals), Dave Grahs (rhythm/lead guitar, backing vocals), Matt DiRito (bass, backing vocals), as well as Joshua “Chachi Riot” Marunde (drums), some would call Onyx the band’s coming of age album where everything seemed to click. Now after two years of heavy touring and becoming one of the biggest names in Hard Rock, Pop Evil return in 2015 with their fifth overall album, UP, via eOne Music. Looking to keep the motor running at optimum efficiency, the band tapped accomplished Seattle producer Adam Kasper (Soundgarden, Foo Fighters, Queens of the Stage) to work on Up, and on August 21st, the thirteen track album was unleashed.

The opening track is the single “Footsteps;” a catchy Rock song that smoothly sets the mood for the album. In this table setter, Pop Evil showcase easy melodies and a catchy chorus that convinces right away. A little tougher than the previous song, “Core” continues next with Kakaty projecting loud vocals complimented by heavy guitar riffs which will shake the listener to the bones. “In Disarray” is another catchy and loud song with lots of guitar solos by Fuelling and Grahs. It is a song that will definitely makes the listener move, even if it is just a toe tap.

Up continues with a strong and thriving rhythm on the cut “Take It All” where Pop Evil gets the listener another sing along, especially during the chorus and bridges. Adding some diversity, “Ghost of Muskegon” is a much slower track. Here the lyrics, as well as the melodies, create a vibe that will certainly provoke deep thought. Even slower and more emotional is “If Only for Now;” a beautiful love song with smooth and thoughtful lyrics. The track with the title “…” is only an interlude with engaging guitars, leading to the next song, “Ways to Get High;” a fast and thriving song about many ways to get high, with and without drugs.

Moving along, “Lux” returns to the hard and tough sound, with a catchy chorus and thriving melodies. Then there is “Vendetta” which is another strong song, this time about revenge, disappointments, and how to handle this best. Getting closer to the end of the album, Pop Evil delivers with slower and deeper songs. This can be felt on “Dead in the Water;” a very catchy piece about getting out of an emotional hole caused by depressions or tough situations. The song includes a grand chorus that is easy to sing along to. “Seattle Rain” is a slow and profound song, perfect to sway along to. Starting out with an acoustic guitar playing, before the entire band sets in, this song will cause some sights and sobs; a beautiful and heartbreaking piece. Finally, the last song is “Til Kingdom Come;” a grand ending for a great album. Again, the lyrics are stimulating and extremely thoughtful. This song leaves the listener feeling incomplete, causing them to press play again, wanting more.

Pop Evil’s new album Up is a great Rock album with tons of catchy songs and well-written lyrics. The melodies will get easily stuck in the listener’s head and easily becomes addictive. It is easy to see they wanted to outdo their previous efforts on Onyx, and judging by the composition of these tracks, they continue to show they are the real deal. Essentially, Pop Evil has created yet another album that will be loved and gain them new fans. CrypticRock gives Up 4 out of 5 stars. 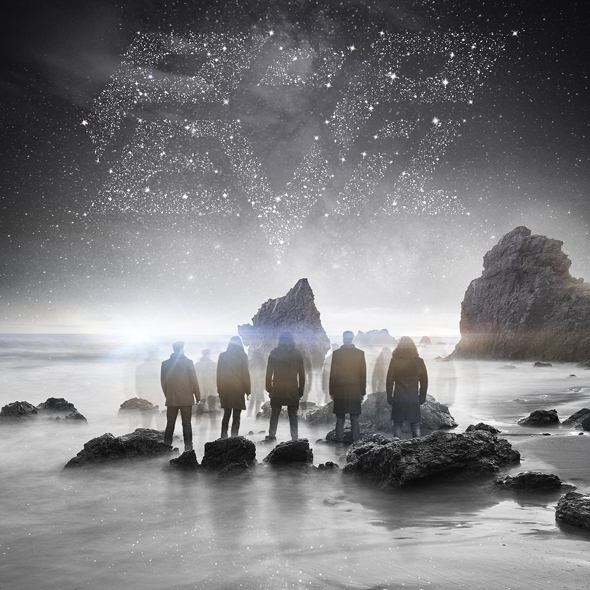