It has been a turbulent time over the past 2 years around the globe. Particularly in the USA, friends and family have turned against one another, using words as weapons. It is an uncertain time where it is hard to tell which way is up, and if unity is even possible anymore. Fortunately, there are some who hope it is, and Michigan based Rock band Pop Evil are touring coast to coast trying to prove it on their Music Over Words Tour.

Fresh off the release their new, self-titled album, Pop Evil, which was recorded last summer in Nashville Tennessee’s famed Sound Emporium Studios, it sees the band expand their sound and demand listeners’ attention with a message everyone needs to hear. An extra special tour for Pop Evil, this year marks the 10 year anniversary of their 2008 label debut, Lipstick on the Mirror. A lot has happened over the past 10 years in the world of Pop Evil, and while 10 years might not seem like a big deal with acts like AC/DC and The Rolling Stones being around seemingly forever, 10 years as a surviving, thriving Rock band in today’s music climate is no small feat. Pop Evil realize they are battling for their very existence and take the challenge of helping keep the flame of Rock-n-Roll burning quite seriously. That in mind, the Music Over Words Tour is “all about the music,” so let us dig in and enjoy the show!

A tour which launched back on February 14th, scheduled to run through April 7th with support from Palaye Royale and Black Map, on Tuesday, March 20th, the excitement arrived in New York City. Visiting the Gramercy Theatre, a venue Pop Evil is quite familiar with, a packed crowd eagerly gathered regardless of a pending snow storm in the forecast. Afterall, mother nature cannot even stop Rock-n-Roll, right?

First up were Pop Evil labelmates, Black Map. Stylized BL∀CK MAP, they came together when the Experimental Rock band dredg went on hiatus back in 2014 and Guitarist Mark Engles was teamed up with Far Drummer Chris Robyn and The Trophy Fire Vocalist/Bassist Ben Flanagan. Releasing the full-length album In Droves back in 2017, the sneaky Black Map most recently, on February 9th, released a 4 track EP, entitled Trace The Path, to everyone’s surprise. Perfect timing, just mere days prior to their tour with Pop Evil, they brought a ton of energy to the stage.

For a power trio, they brought a very large sound and a heavy low end that goes toe-to-toe with the likes of bands such as Chevelle. Helping set the mood for the rest of the show, they quickly helped the building crowd from the cold outside with standout tracks such as the Blues Rock infused “Code.” Then, other tracks such as the newer “Let Me Out” engaged the senses before the closer “Run Rabbit Run” rounded out the set with mounds of aggression. Worth checking out for their unique, dark, ambient qualities, be sure to show up early enough to check out Black Map.

Next up was a vastly different act, Palaye Royale. Adding some spice to the three-headed tour monster, Palaye Royale brought their own brand of Classic meets Punk Rock with Psychedelic tendencies. Originally come together up in Toronto, Canada, but relocated to Las Vegas, Nevada, this three-piece act has been in the game since they were teenagers. With Remington Leith on lead vocals, Sebastian Danzig on guitar/keys, and Emerson Barrett on drums, they almost instantly received a immense reaction with screamings of teenage girls yelling like they just saw The Beatles on Ed Sullivan.

Currently a part of Sumerian Records family, the trio showcased a large dose of showmanship, with Danzig jumping into the crowd early on in the set as they played original cuts such as “Don’t Feel Quite Right,” “My Youth Generation,” and “Little Mama.” Matching Danzig’s enthusiasm, Lewith and Barrett kept the energy high throughout the performance while dishing out a sound that sonically felt like a cross between The Black Crowes and Jet. Tearing through each song, and having a blast doing it, they wrapped their set up with songs such as “Wasted” and “Get Higher.” For those interested in more Palaye Royale, their debut album, 2016’s Boom Boom Room (Side A), is out now, but look out for Boom Boom Room (Side B) due out sometime soon. 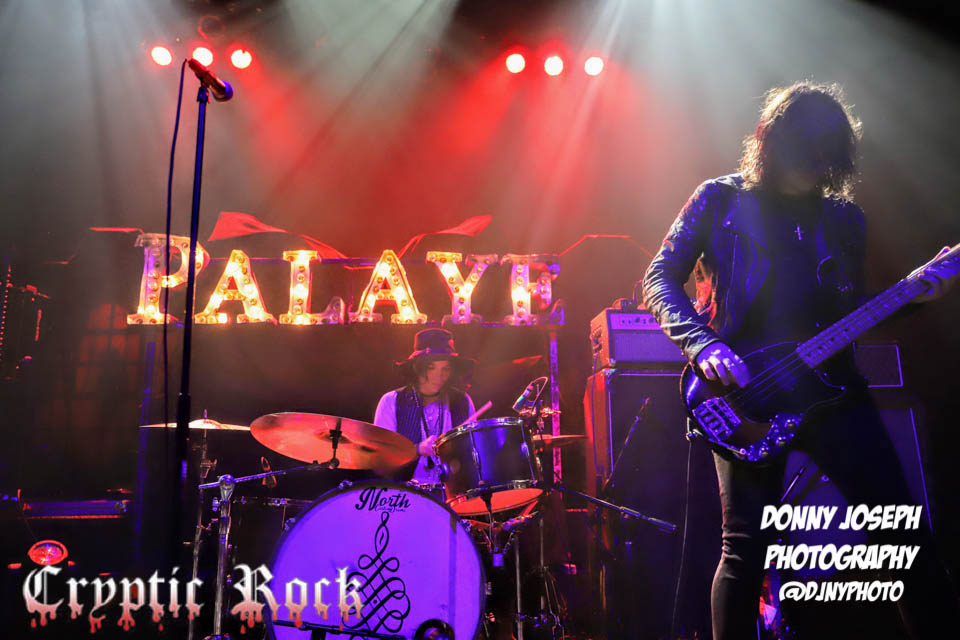 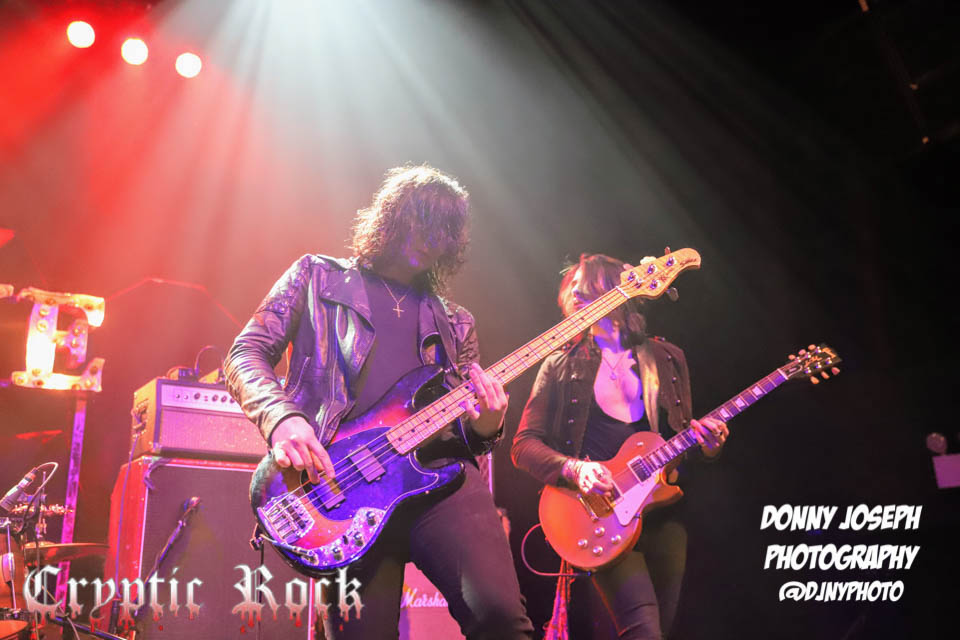 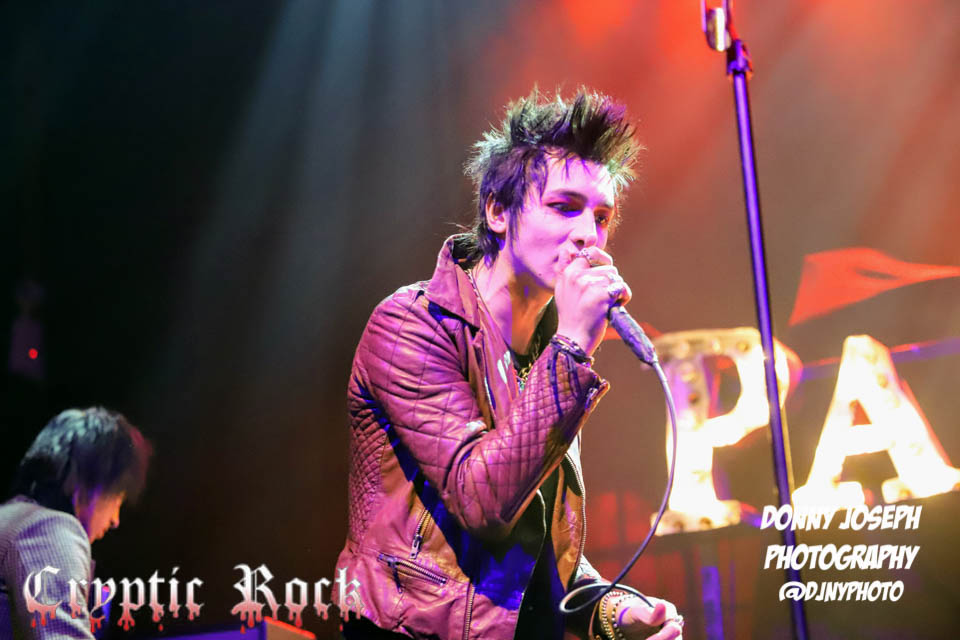 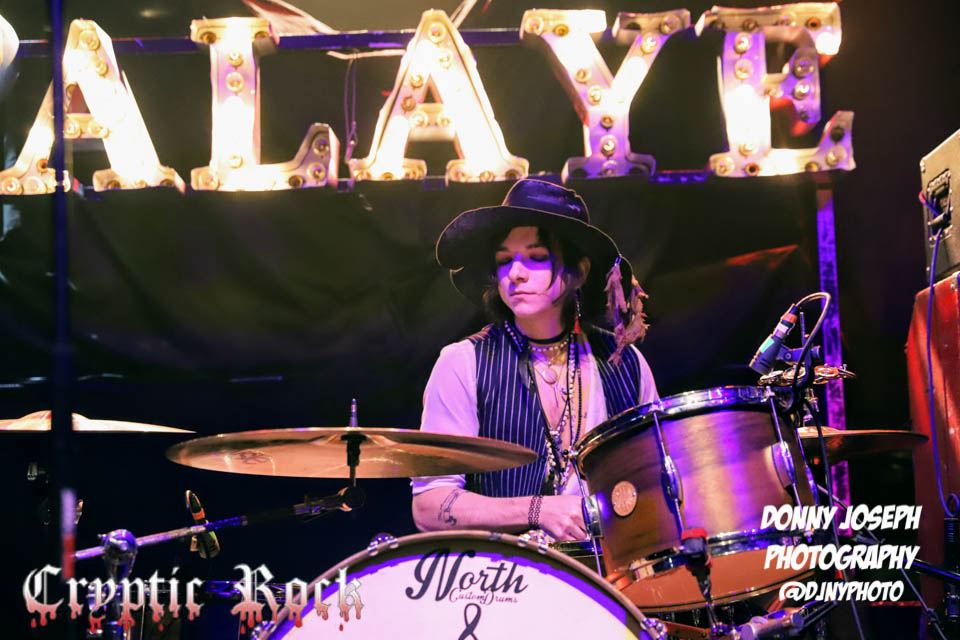 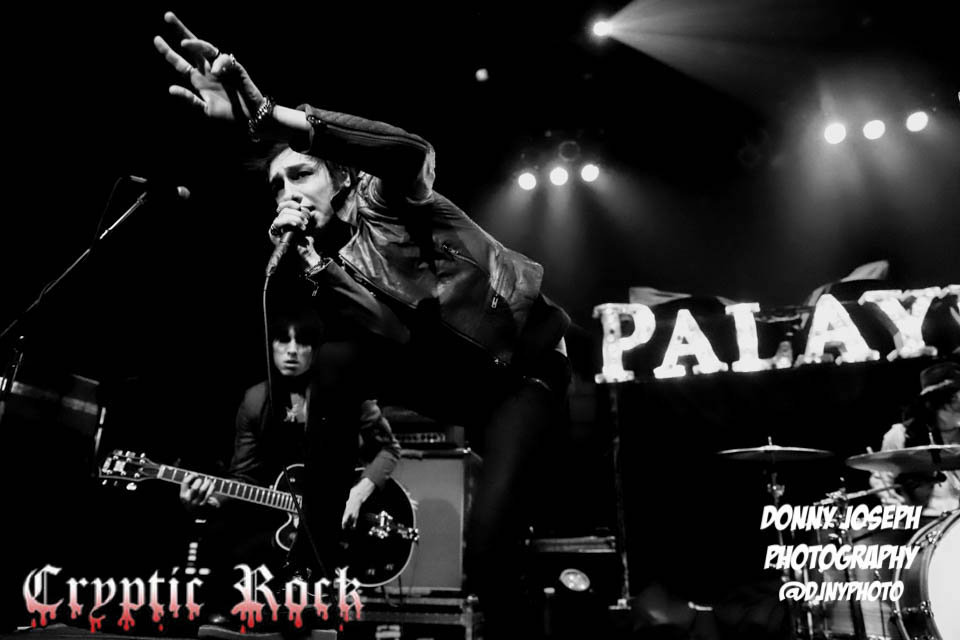 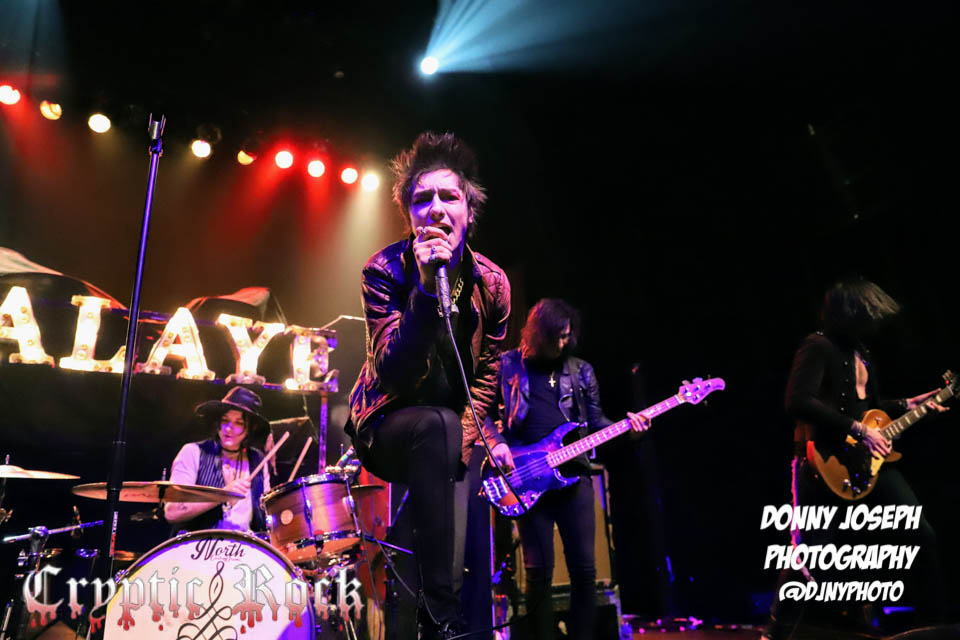 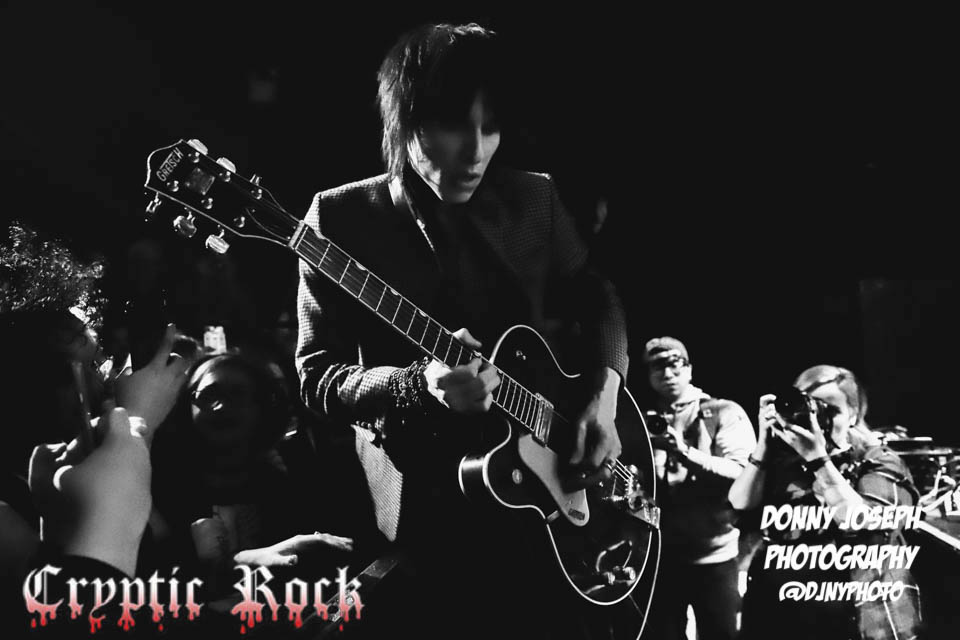 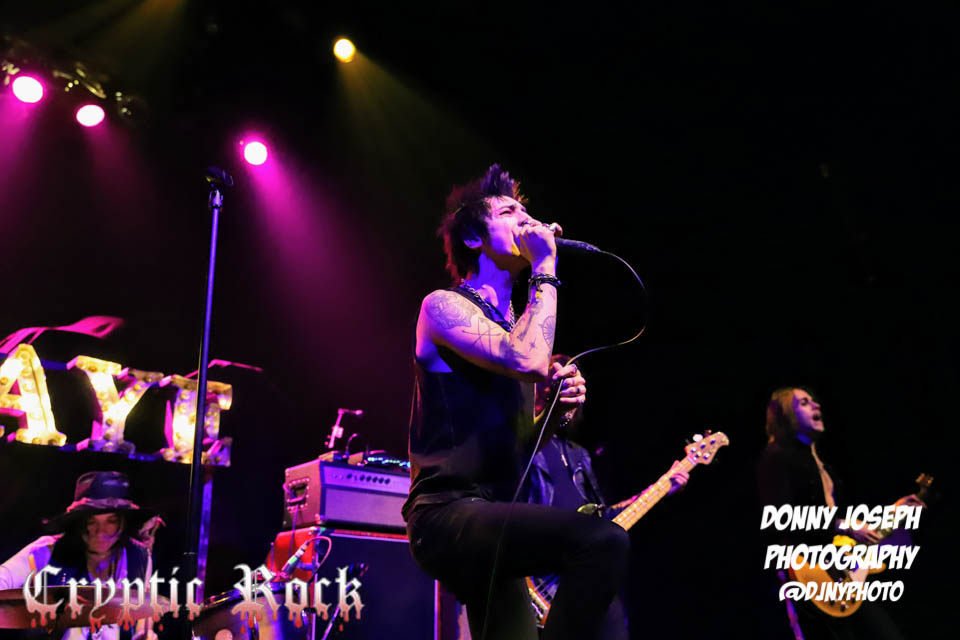 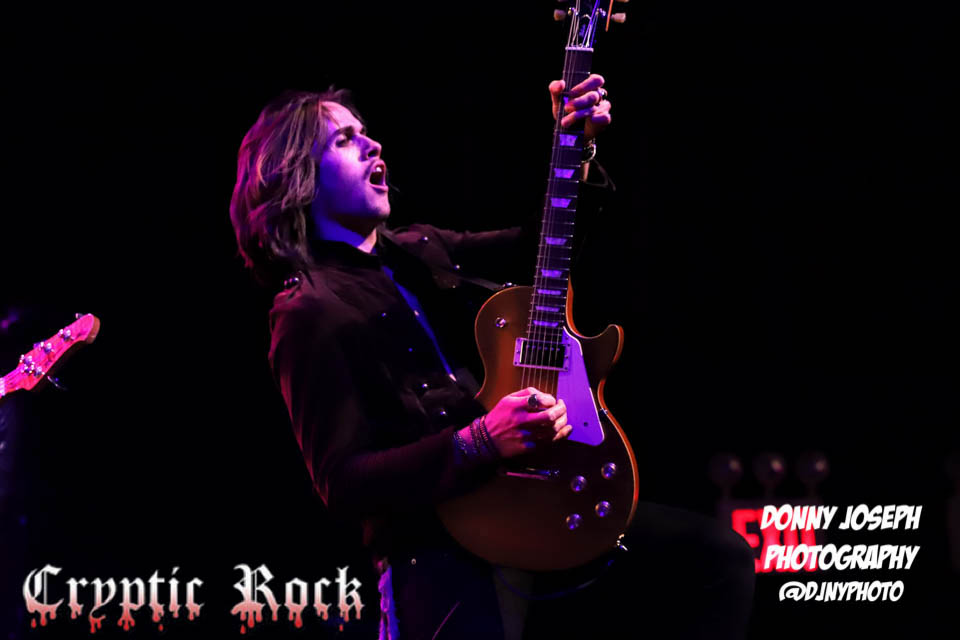 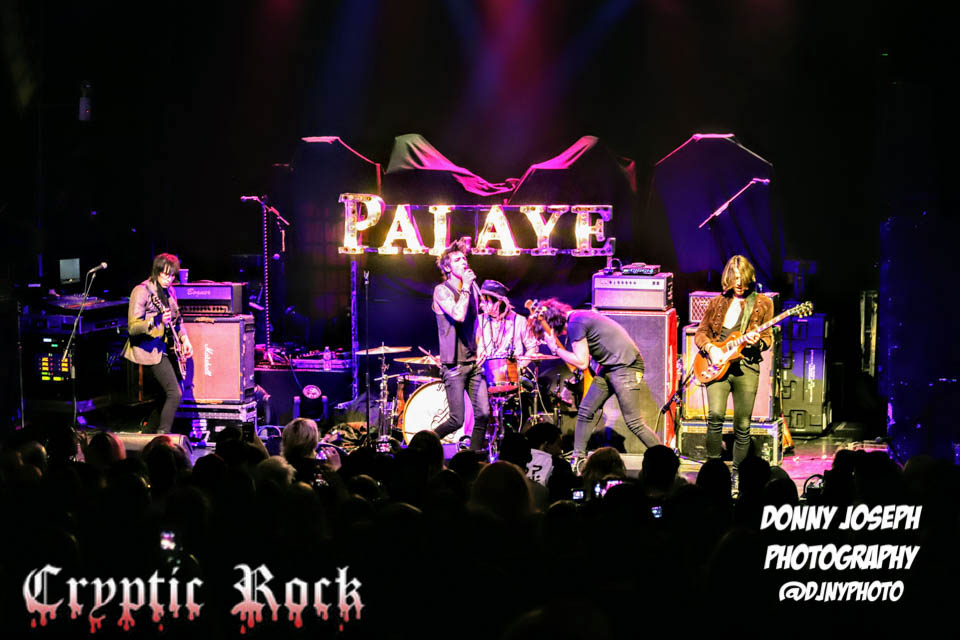 Following two respective opening acts, the moment the crowd had been waiting for was just moments away when Pop Evil set to take over. As mentioned, as reported by the local meteorologist, snow was coming, and, supposedly, a lot of it. Nonetheless, it did not stop Pop Evil from filling out the 500 person Gramercy Theatre.

As mentioned, it has been a long journey for Pop Evil, one filled with highs and lows. Staying the course and keeping their name shining bright on marquees across the globe, Pop Evil has been one of the most vigorous touring bands around over recent years. Led by Vocalist Leigh Kakaty, the lineup is stabilized by longtime members Dave Grahs (guitar), Matt DiRito (bass), along with Nick Fuelling (guitar) and newest addition Hayley Cramer (drums). With their 2018 album marking the first with Cramer on drums, Kakaty told CrypticRock, in regards to the new music, “We are going back: we are going to show and remind everybody that we’re not going anywhere.” Reinvigorated in many ways, Pop Evil arrived to the platform of Gramercy Theatre as a band on a mission.

First off, Pop Evil is much heavier than the band’s past work, musically and lyrically. Like all of us, they are clearly affected by the craziness in the world surrounding, hence inspiring songs like lead single “Waking Lions” and the rage-inspired “Colors Bleed.” A new direction for Pop Evil, their live performance felt the change, and yes, it worked.

Starting off their set with fan-favorites “Ways to Get High” and “Boss’s Daughter,” Kakaty’s high energy had the crowd roaring. Mixing in “Torn to Pieces” and aforementioned “Waking Lions,” old and new tracks bled together perfectly. In fact, the new songs such as “Ex Machina,” “Nothing But Thieves,” “Art of War,” and “Be Legendary” felt like classics Pop Evil has been playing for 10 years. Showing versatility, they offered other older songs such as “Deal With the Devil,” the anthemic “Hero,” and emotional “Monster You Made.” The crowd ate it all up, singing along often, moving on the floor, and raising their hands in the air any chance possible.

Blasting through the set with ease, the main portion concluded with ruckus, hard-rocking “Take It All.” A track many fans would describe as fit for battle or a drag race, everyone agreed they wanted more from Pop Evil before heading back out into the cold. Fortunately for them, Pop Evil had more and returned for an encore that included the feel good “100 in a 55,” as well as Arena Rock anthems “Trenches” and “Footprints,” which saw the entire room singing along.

During the encore, Kakaty stopped to thank all the fans for their dedication to the band, calling everyone in the audience “family.” A beautiful way to make everyone feel welcome, Pop Evil succeeded in their quest to let the music do the talking. Proudly displaying a list of songs from their latest album, while not neglecting their past, they put on a balanced, pleasing set. As they continue along this headlining run, there is no question more people will catch on to the new record. Who knows, perhaps by the time the band hits the road with Cheap Trick and Poison come May, Pop Evil will hit number 1. Our advice, get out and join the Rock-n-Roll movement! 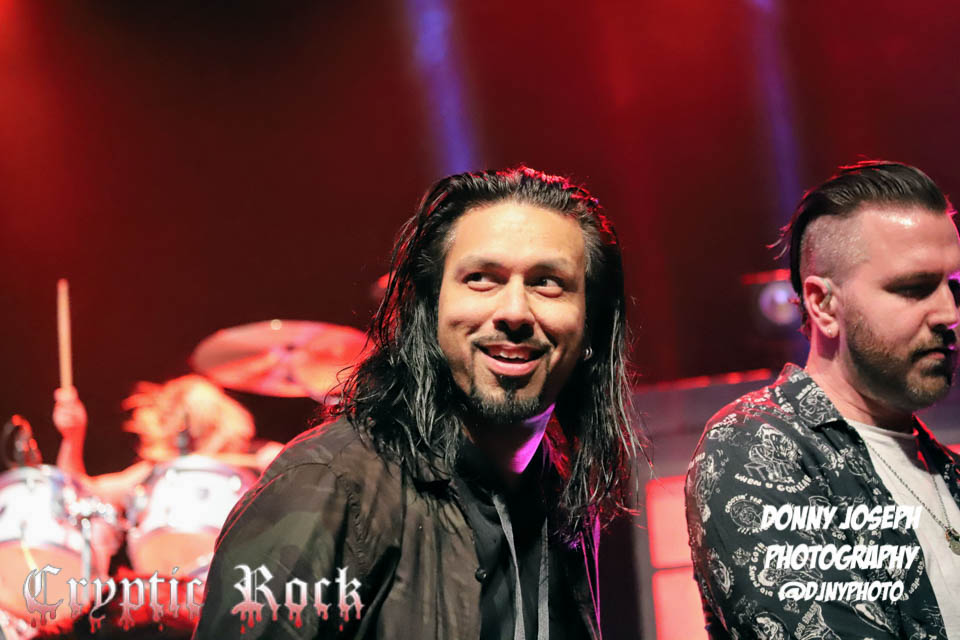 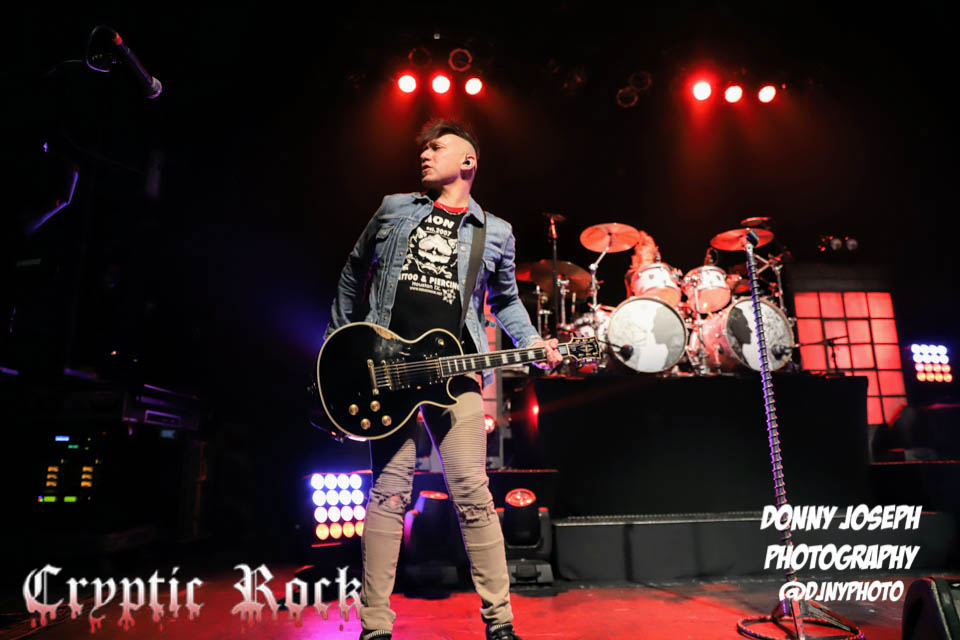 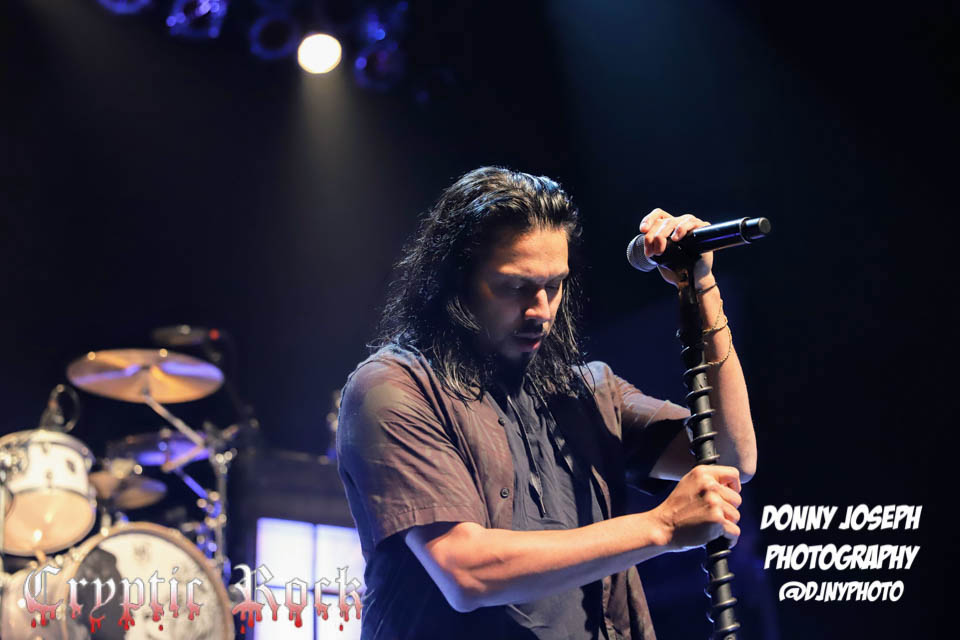 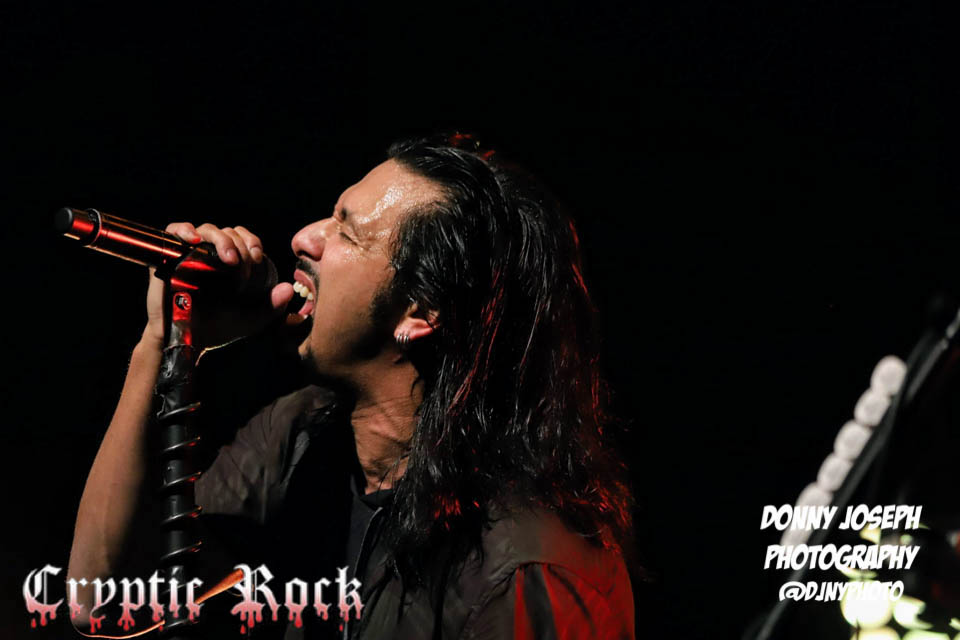 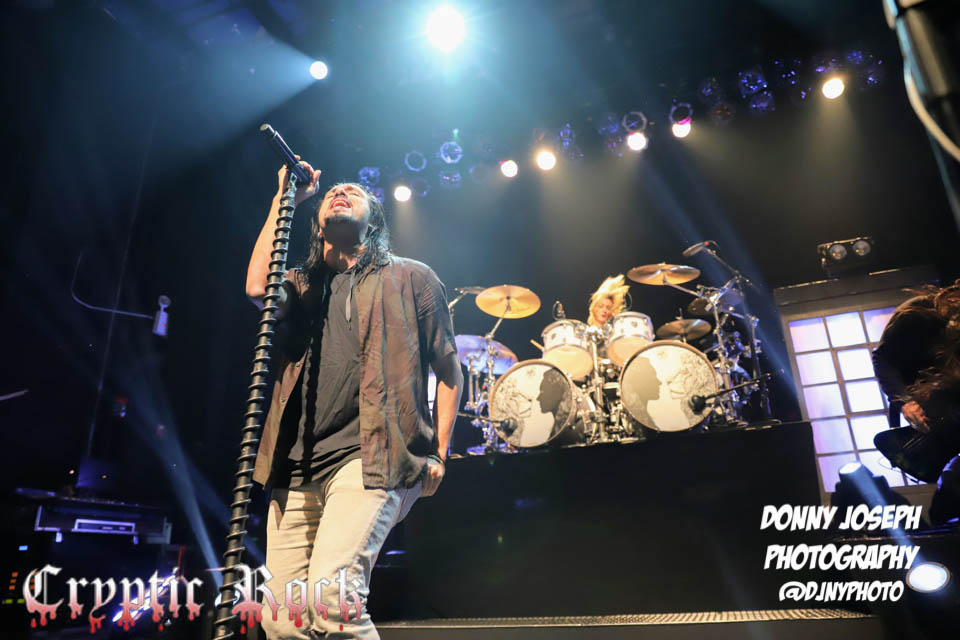 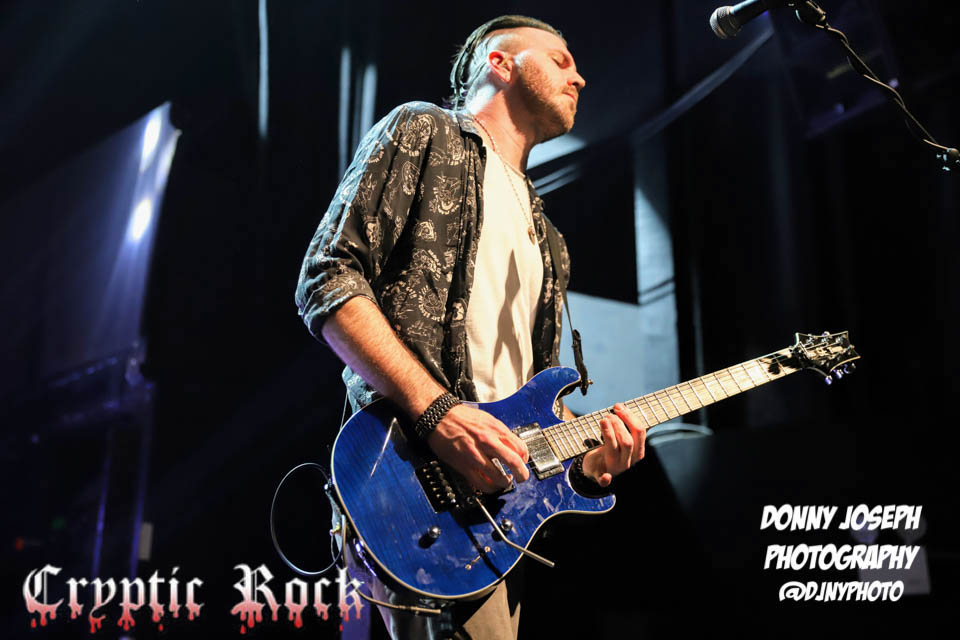 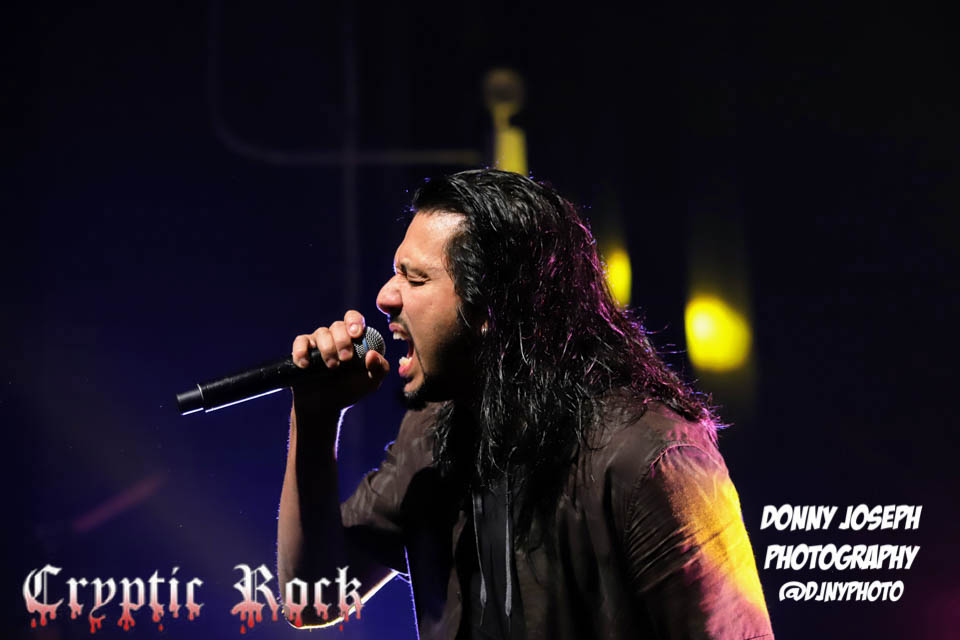 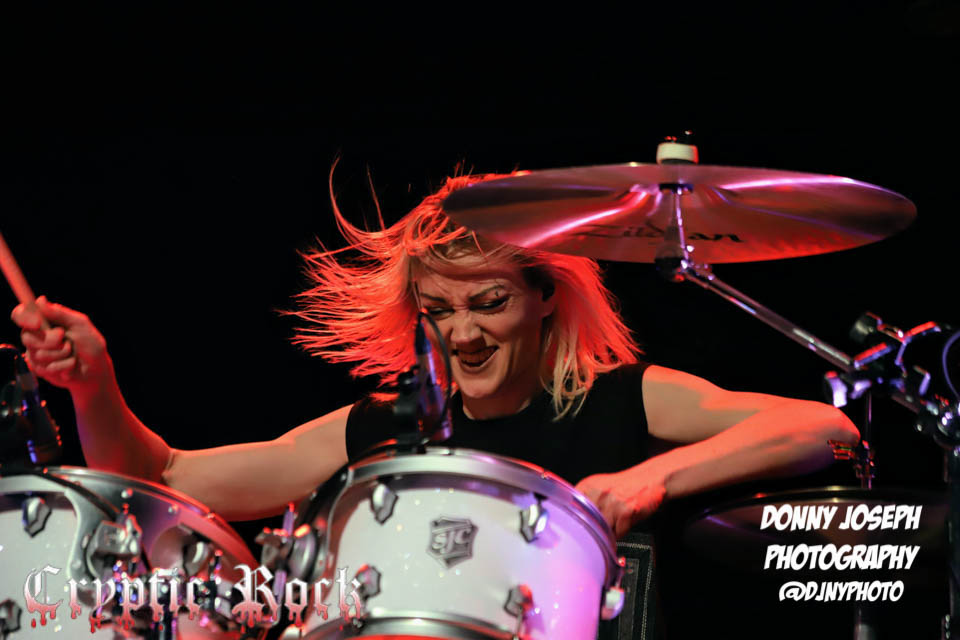 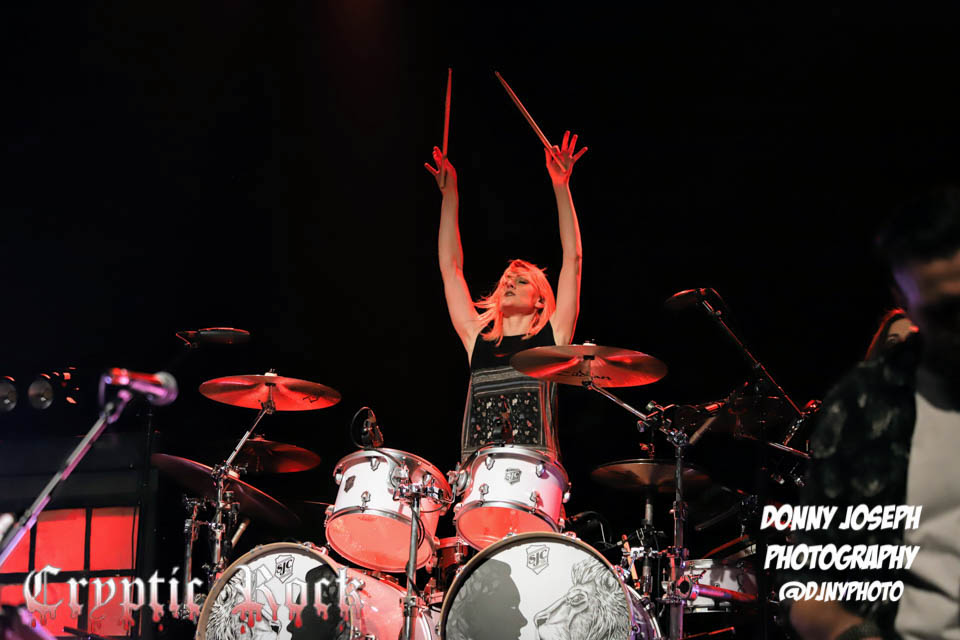 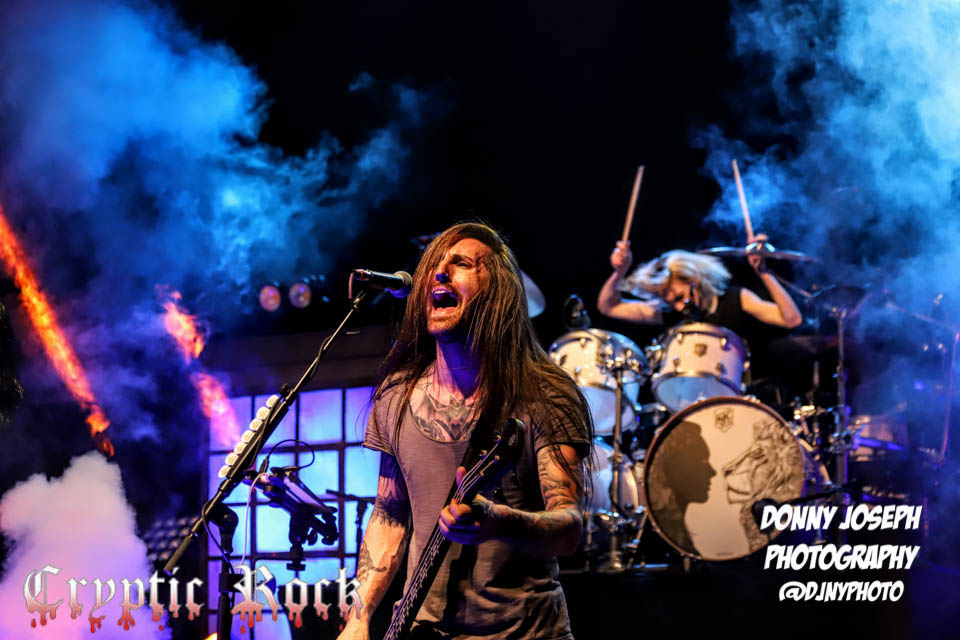 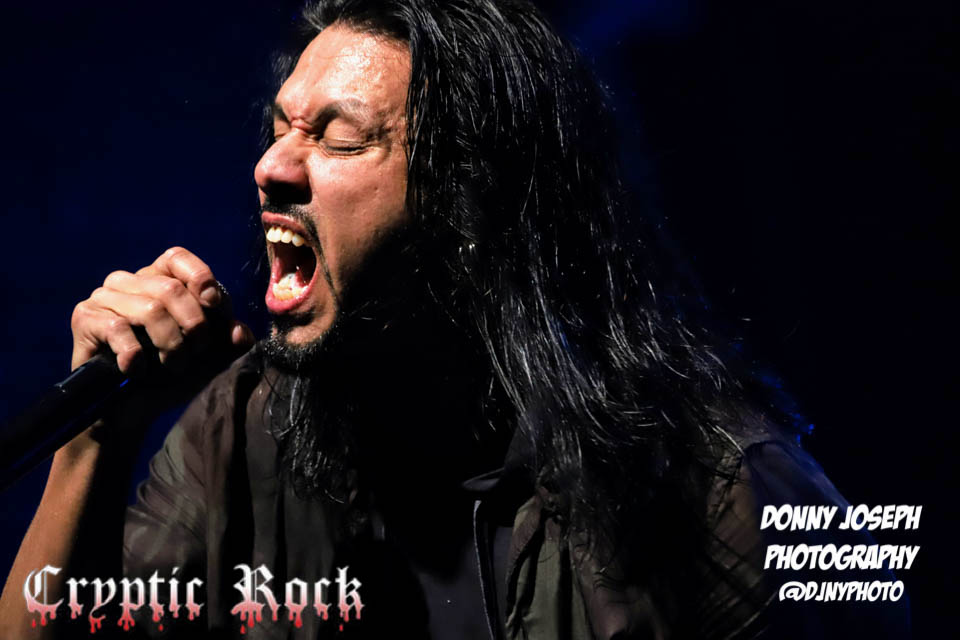 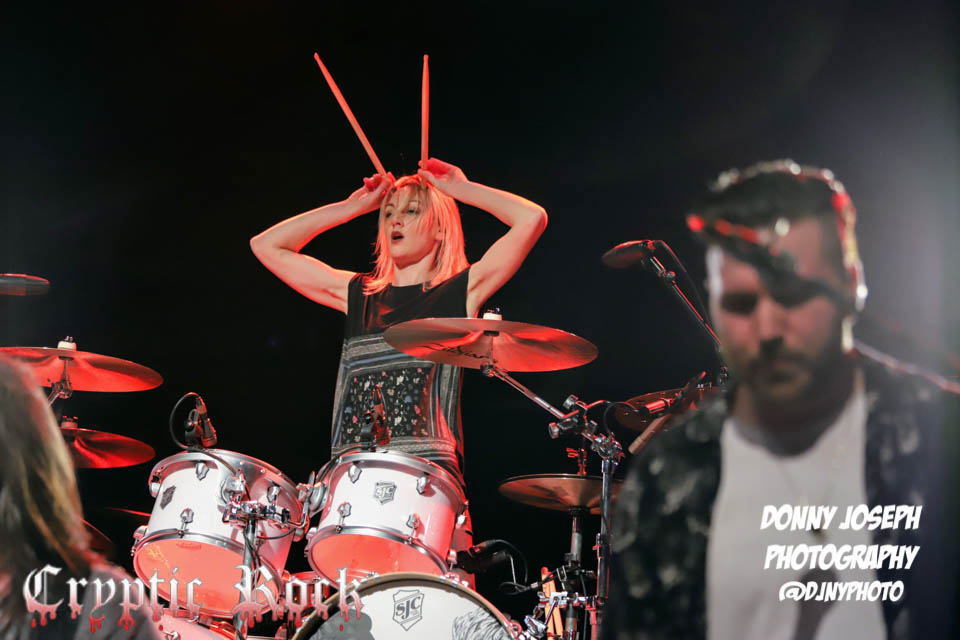 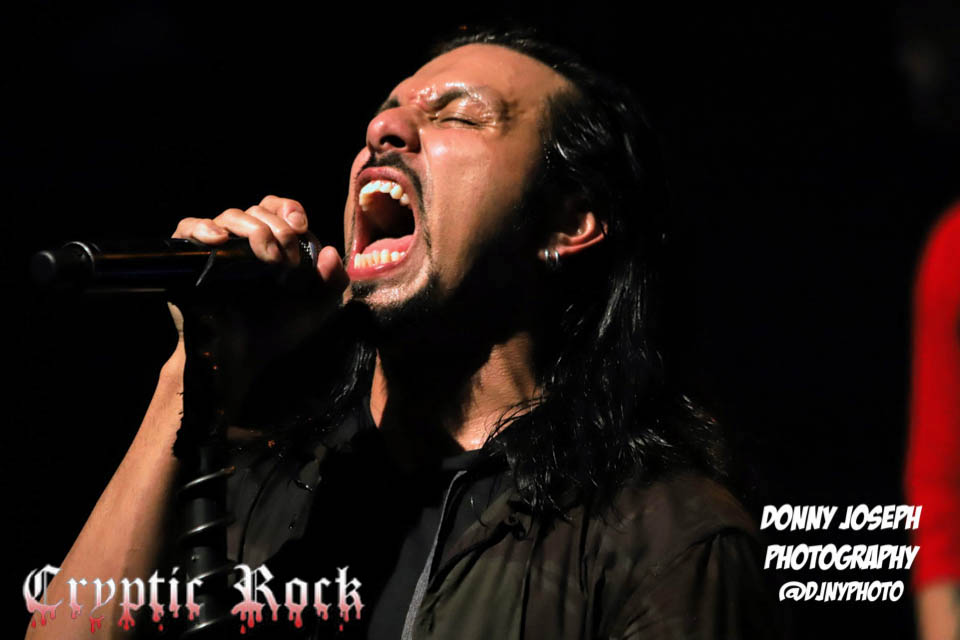 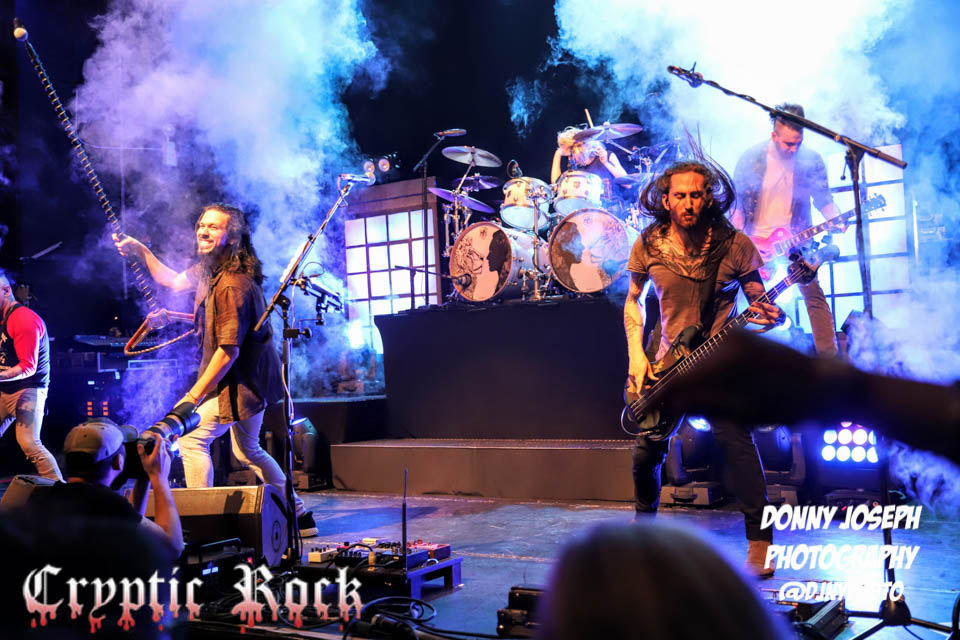 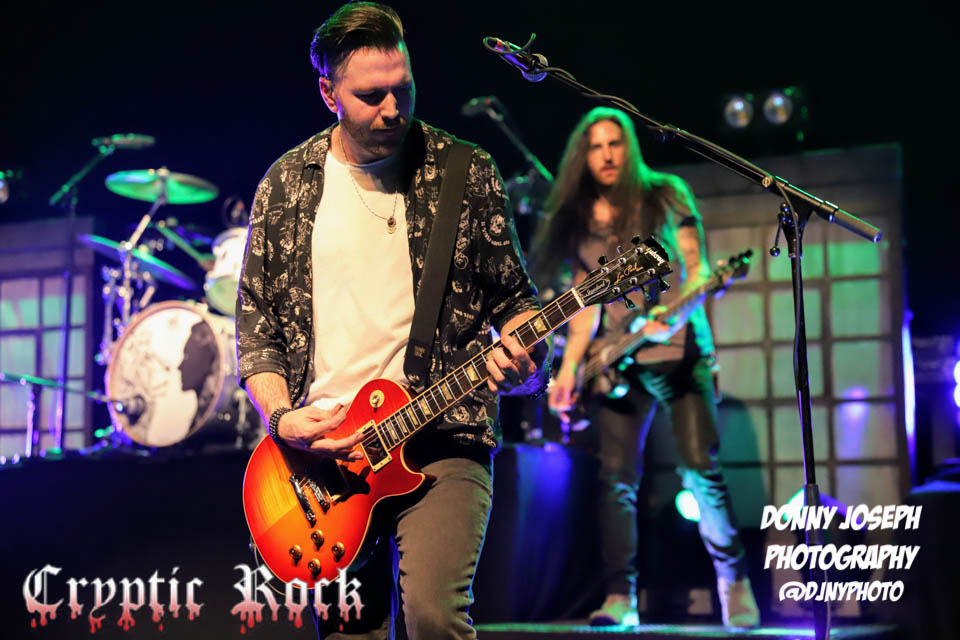 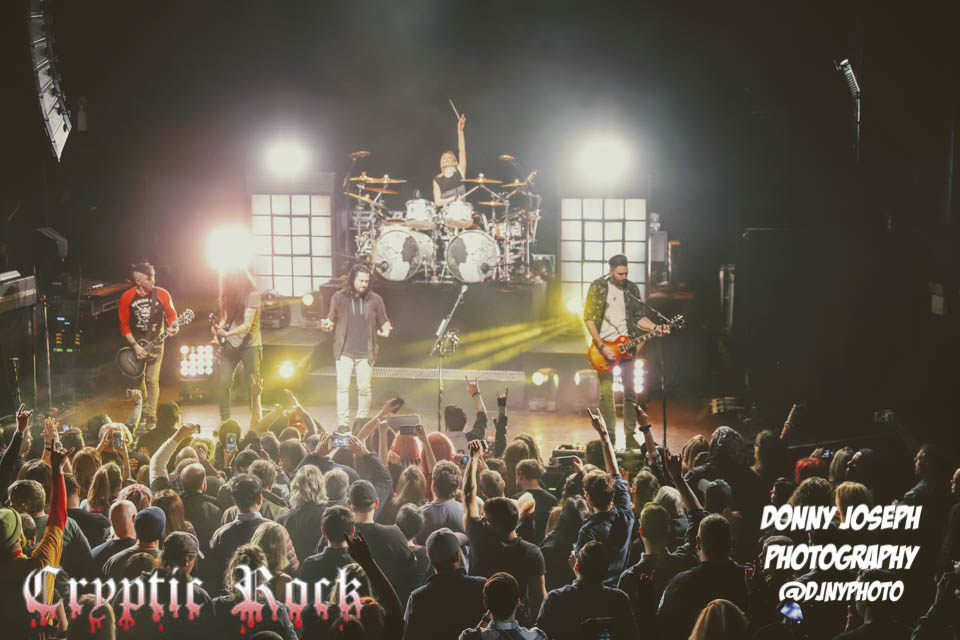 Purchase  Boom Boom Room (Side A):