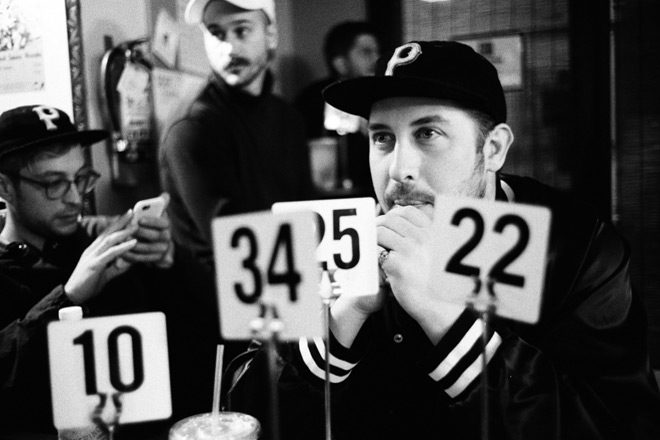 At least once in a lifetime, everyone has thought, “If I had a time machine, where would I go? A question that arouses our senses, thankfully there are sometimes films and music which helps fulfill the question for us, sending us on adventures to the past. Doing just that, Alaskan Rock band Portugal. The Man has given listeners something really special with their eighth studio album, Woodstock, released on June 16th via Atlantic Records.

Together for over a decade now, the current members of Portugal. The Man – John Gourley on vocals and guitar, Zachary Carothers on bass, Eric Howk on guitar, Kyle O’Quin on keys, and Jason Sechrist on drums – with Woodstock send listeners on a journey back to the late ’60s where the political climate, civil unrest, and general sense among many was that everything was ass backwards. Their first album since 2013’s Evil Friends, the story allegedly goes that the band had been working on new music under the working title Gloomin + Doomin, but when Gourley and his father uncovered a lost ticket stub from the historic Woodstock music festival, they decided to slightly shift directions.

Ten tracks in total, Woodstock opens with “Number One” with the late Richie Havens singing, ‘Freedom.’ Capturing raw sound footage of the ’60s period, if you listen with your eyes closed, you can see a hippy with a guitar singing. From there, the song kicks up with a smooth bass line stealing the spotlight. Overall, it gives listeners a seamless bridge from time back to the ’60s without it seeming cheesy or overdone.

A fitting way to open Woodstock, of course, from there are songs that sound like they would have played very well back in the ’60s. For example, the single “Feel It Still,” which has such a signature ’60s feel, Gourley’s voice really shines, once again proving that he is one of the most talented singers in the business. His effortlessly high pitch is perfectly balanced out with the guitars and bass in the track. Plus, the band interject horns, and you can never go wrong with horns.

From there Portugal. The Man cast off with “Rich Friends,” a song that sounds like it could be featured on every black and white civil unrest montage that anyone has ever seen on TV. The guitars are toned back a bit, making the strong drum sound bigger than life itself. It is a track which would work perfectly with a group of people around a single drum set expressing their frustrations about the political climate. Then there is “Keep On,” another period piece. Possessing a chord progression that makes the song sound really pleasing to the ear, and even though there is an underlying frustration amidst the theme, it offers a really great dynamic.

All this said, as periodic as Woodstock wants to be, there are a couple of tracks that break that theme such as “Easy Tiger,” a track which is any old Portugal. The Man’s fans’ dream come true. It sounds like the love child of 2006’s Waiter: “You Vultures!” featuring the fun electronic sounds reminiscent of “Chicago,” but also the slow, drum heavy, and dark mood of “AKA M80 The Wolf.” Introducing other elements, “So Young,” “Mr. Lonely,” featuring Fat Lip, “Tidal Wave,” and “Noise Pollution” featuring Mary Winstead and Zoe Manville, all have Hip Hop influence amidst them. Coming consecutively upon the finale of Woodstock, it is a really pleasant surprise and a welcomed change of pace.

All in all, Woodstock is a welcomed return from a band which used to release a new album nearly every year since their 2006 debut. Woodstock is a very strong and deeply important album from Portugal. The Man. A band that is constantly reinventing themselves as musicians, CrypticRock gives Woodstock 5 out of 5 stars. 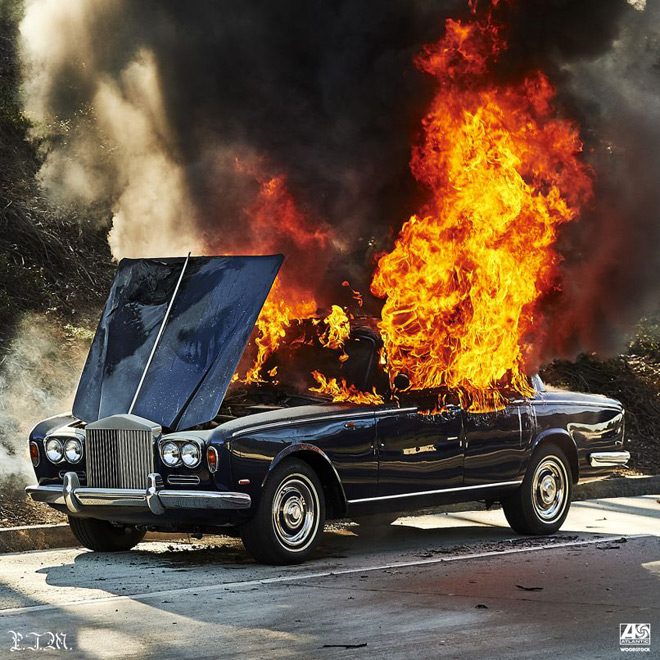