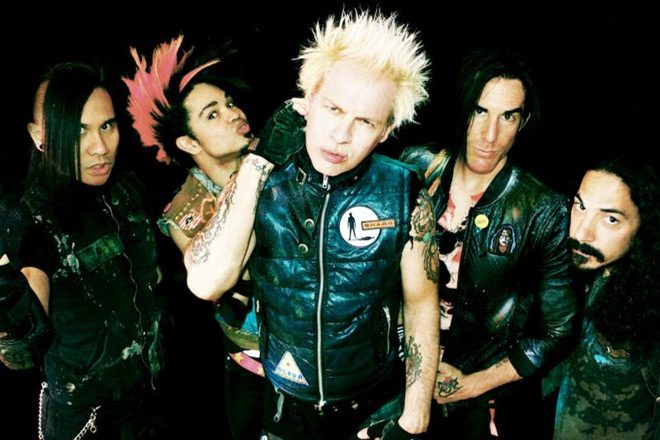 Dogged determination and a generous blend of cinematic influences alongside a delicious mix of Rap, Rock, and Metal have made Powerman 5000 a much-beloved band for nearing thirty years now. Friday, October 27th, the band return to haunt an eardrum near you with New Wave thanks to Pavement Entertainment. Hopefully you are not afraid of spiders!

Powerman 5000 (abbreviated as PM5K) got their start in 1991 when Vocalist Spider One dropped out of art school in Boston to rendezvous with the local Rock scene. The band’s first EP, True Force, arrived in 1994 and made them an instant favorite in that New England scene, leading to nine additional releases over the next twenty-three-years, ranging from 1996’s full-length debut The Blood-Splat Rating System to 2014’s Builders of the Future.

It was 1999’s Sci-Fi odyssey Tonight The Stars Revolt! that would mark the band’s first true commercial success – buoyed by the singles “When Worlds Collide” and “Nobody’s Real” – making them MTV and Rock radio regulars. Blending Sci-Fi, Rap, Punk, Horror, and Metal, Powerman 5000 built a name for themselves, paid their dues, busted their balls, and shared stages with the likes of Korn, Marilyn Manson, KISS, Metallica, Pantera, Kid Rock, even earning a much-coveted slot on the first-ever Ozzfest.

Over the past twenty-plus-years, there have been label and band line-up changes, sure, but the persistence of Spider has kept PM5K alive and well. Now, Powerman 5000 – Spider, Guitarists Ryan Hernandez and Ty Oliver, Bassist Murv Douglas, and Drummer DJ Rattan – return with their ninth full-length album (eleventh overall release), the 10-song collection New Wave. Exactly what we have come to know and love from this quintet, this is a delicious reminder that PM5K are very much alive and well in 2017!

New Wave explodes with “Footsteps and Voices,” a massive layering of Industrial Metal grit and dynamite Punk attitude with Spider rapping over the Rock-n-Roll melee. The bass-heavy attack continues on “Hostage,” where your back is to the wall and you had better get ready to head-bang! This all moves the boys into first single/video “Sid Vicious in a Dress.” There has always been a deliciously rebellious Punk streak to everything PM5K do, and so they name-check a beloved titan of the scene on this one, which is not a cross-dressing gutter fantasy, but rather the story of one bad-ass bitch who is the queen of mean. Go stream it now!

Continuing down the labyrinth of homages to musical late-and-greats, PM5K dance like Ziggy Stardust on the delectable “David Fucking Bowie,” which possesses a lovely little “Space Oddity” moment. Spider then begs to be your “Cult Leader” in one truly upbeat, ‘70s Glam-influenced rocker with choruses that sonically evoke Cheap Trick’s “Surrender.” It moves the band into the ballad (no joke!), “No White Flags,” a promise to never surrender (to cheap tricks).

As if to prove that the deluge into the softer side of PM5K is merely a momentary meandering, the cacophony of “Thank God” comes barreling into your ears with the explosive Punk Rock/Industrial Metal chant: “Thank God I’m not God!” It amps up the energy for full-throttle headbanger “Die On Your Feet,” a solid representation of PM5K’s Rock skills; it is catchy and will have you dancing in your seat or begging on your knees, whichever kink you prefer. A stand-out of the collection, the bass-heavy groover “Get A Life” is seductive darkness for the living dead with one seriously gritty guitar solo. Remember kids: “Pretend that you like all the people that you meet!” Then, sadly, the album comes to a close with “Run For Your Life,” leading fans off with a steady, rocking pace.

New Wave is a solid album that runs the gamut across ten diverse tracks that raise hell with (Sid) viciousness, pay tribute to the Thin White Duke, Groove, Rap, Rock, and raise the Metal horns high. It is a collection that beautifully serves to remind fans how the phenomenal talent of one truly determined man can stand the test of time, showing resiliency in an industry suffering under serious OCD. What is next for Spider and PM5K? Well, only time will tell where this New Wave will take the band, but for now, this is an enjoyable ride that is well-worth taking. With no inclinations towards arachnophobia whatsoever, CrypticRock embrace Powerman 5000’s New Wave and give it 4 of 5 stars. 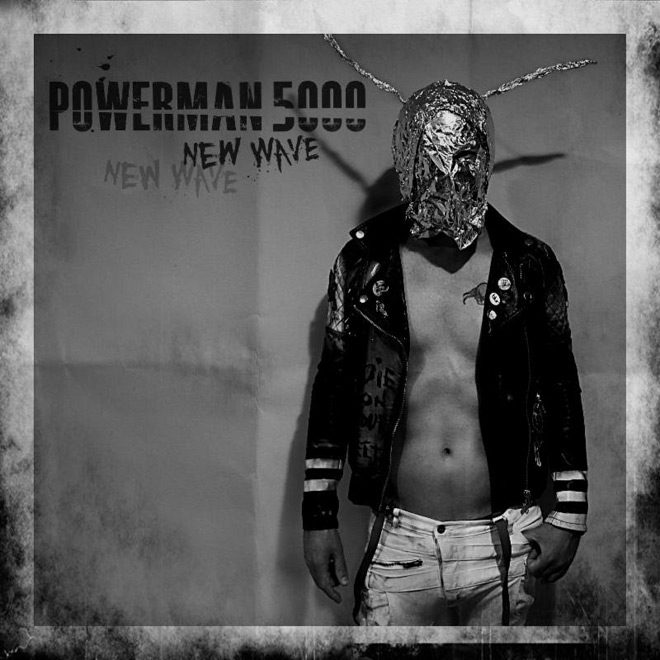 AFI – Bodies (Album Review) Blaze Bayley – War Within Me (Album Review)
Like the in-depth, diverse coverage of Cryptic Rock? Help us in support to keep the magazine going strong for years to come with a small donation.