What began as a simplistic screenplay that was slipped under the door of Fox Studios, Predator would eventually become an instant classic at the box office upon its release on June 12th of 1987. Directed by John McTiernan (Nomads 1986, Die Hard 1988), who wanting an old fashioned popcorn Action film with a twist, along for the ride came a strong cast including Arnold Schwarzenegger (The Terminator 1984, Total Recall 1990), Bill Duke (Palmerstown, U.S.A. series, No Man’s Land 1987), and Carl Weathers (Rocky 1976, Action Jackson 1988). Part Sci-Fi, Horror, and Action, Predator was born, sparking the beginning of an icon that is still recognized 30 years later. 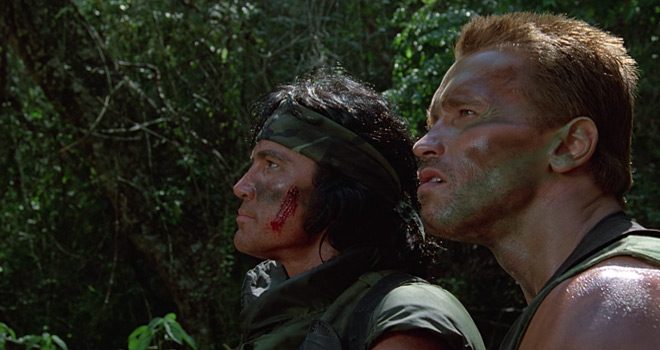 The story follows a team of special force ops who are ordered to embark on a rescue mission deep in the remote South American jungle. After their raid on a camp, they are soon hunted down by a single being, using tactics and weapons never seen by the highly trained crew. Forced into a game of survival, they are taken out one by one, until it comes down to the final showdown for the last man standing.

Written by brothers Jim and John Thomas, originally under the working title Hunter, Predator became exactly what they intended – an extra terrestrial hunting for sport, only claiming those worthy and dangerous enough. Since the brothers did not have an agent and were not known in the industry, it was difficult for their work to get noticed. Thankfully, their persistence finally paid off because not only was Predator nominated for five awards in 1988, including an Academy Award for Best Effects and Visual Effects, it won three awards, but is also still adored by fans.

When it came to casting, McTiernan strived to hire the most muscular actors he could find, a group of men known to get the job done. Weathers and Duke immediately came to mind, as well as, of course, Schwarzenegger. Richard Chaves (Witness 1985, War of the Worlds series), Shane Black (Dead Heat 1988, RoboCop 3 1993), Sonny Landham (48 Hrs. 1982, Lock Up 1989), and WWF star, making his acting debut, Jesse ‘The Body’ Ventura (The Running Man 1987, Demolition Man 1993) came on to complete the military team. For authenticity, McTiernan insisted all the actors get military training, which was an easy task for body builder Schwarzenegger and the ex Navy Seal Ventura. 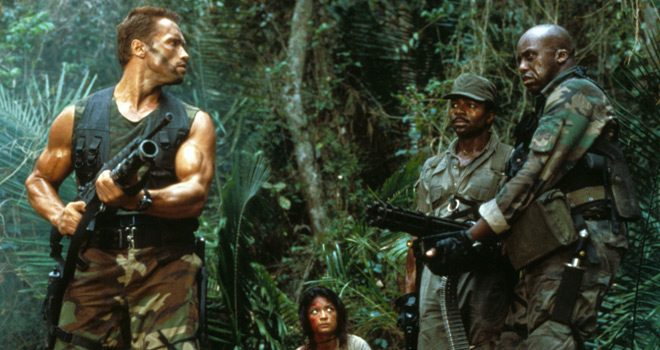 The charisma of the cast was brilliant on screen, everyone having a deep understanding of their character and how they would interact with each other. It was very natural, making the performance that much more realistic, despite cheesy one liners and over the top action. Of course, poking at each other and competing on their training in the intense Mexico heat only brought laughs to the set, building the chemistry. Schwarzenegger had a good laugh when he convinced the wardrobe department to tell Ventura his shirt sleeves were 1″ bigger than his own, something he was ecstatic about. However, actual measurements revealed Arnold’s arms to be 3″ bigger.

With the cast and acting on point, the design of the Predator himself was almost disastrous. The original blueprint immediately worried McTiernan, representing a giant bug that would have never fit the film. Upon receiving the actual costume, McTiernan contacted Stan Winston (Aliens 1986, The Terminator 1984) for help. Inspired by a painting of a Rastafarian warrior, the humanoid creature came to life. For schedule purposes, most of the movie was filmed with the Predator donning an invisible armor, which was carried out using the original basic outline in a red suit before it got scrapped, special effects taking care of the rest. If looked at closely, the “invisible” outline does not always quite match the final look, a fun fact for all fans alike.

As the newly intended design came together, it was a no brainer to hire Kevin Peter Hall (Misfits of Science series, Harry and the Hendersons 1987) to execute the warrior. Standing over 7 feet tall, he towered over all the men, making him a worthy opponent. Since he suffered though the heat in heavy gear, McTiernan wanted to give Hall some screen time with his actual face, so he cast him as the helicopter rescue pilot seen briefly at the end of the film. 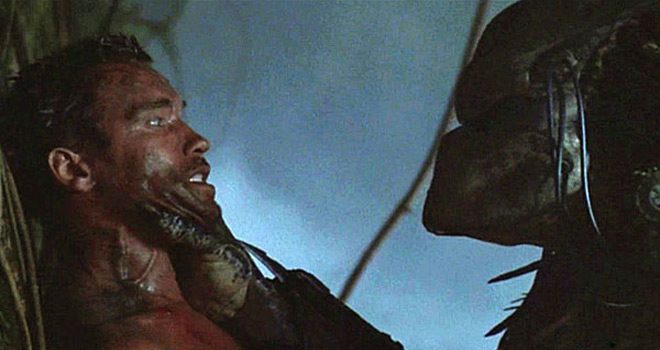 An immediate success, Predator hit number 1 at the US box office in its opening weekend with a gross of approximately $12 million, numbers which were second to only Beverly Hills Cop II that year. Why was it such a hit? Well, it had it all, Action, Science-Fiction, and Horror elements all rolled into one, displaying just enough of each to really make this film work.

Predator also went on to lay the groundwork for many more projects throughout the years, including 1990’s Predator 2, 2004’s Alien vs Predator, 2007’s Aliens vs Predator: Requiem, and 2010’s Predators. The film also spawned one of cinemas most recognized villainous monsters of the past thirty years. Right along side of Jason Vorhees, Freddy Krueger, the Alien, the Predator is ferocious and as Schwarzenegger’s Dutch famously says upon the creator pulling its mask off, “You’re one… *ugly* motherfucker!”

Sequels, toys, video games, comic books, the fun does not stop there though, because original cast member Shane Black is writing and directing the next sequel, The Predator, expected for release sometime in 2018. Although leaving an impressive lineage in its wake, nothing will compare to the original classic. A great film throughout, loved by a wide range of fans, The Predator ranks as one of the ’80s most distinctive films. That said, there is no question of the mark it left on the entertainment world because it is very much relevant today, and will continue to be for many years to come. 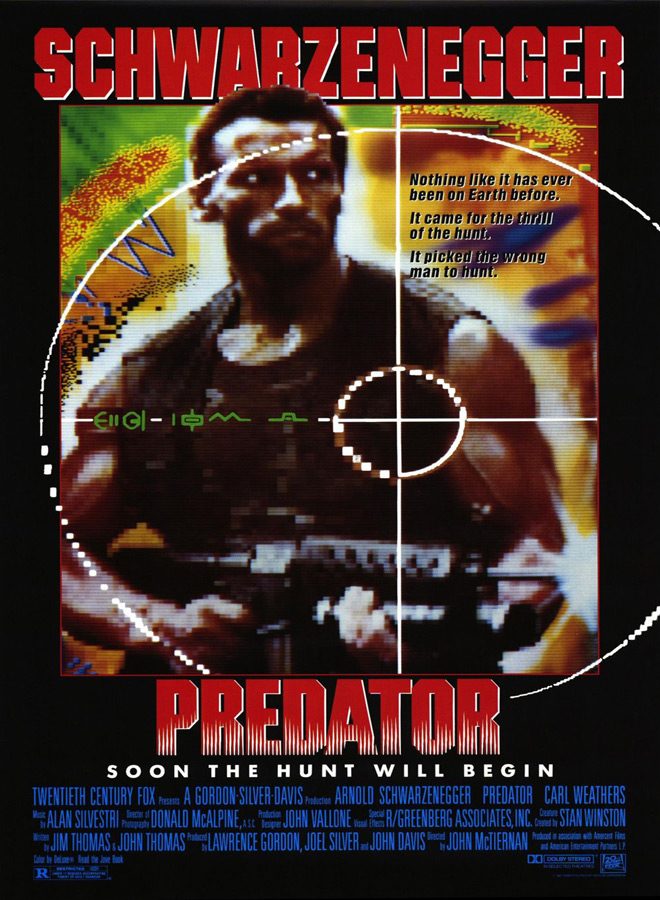