There is a certain cross-section of the Rock and Metal community who miss the heady days of teased hair, shiny leather, and purple eyeshadow. Fans would wrap themselves around the block in ripped shirts and short skirts, even in cold weather, for a small chance to meet, hear, or even just lay eyes on their favorite bands. If Thrash Metal bands from that same era are still recording and touring, most with nearly original lineups, why rob Glam Metal bands of the same?

Before peering down the track listing for Public Enemies, the triumphant 2017 return of Pretty Boy Floyd, you can almost cover your eyes and guess the song titles – “We Got the Power,” “Run for Your Life,” “Feel the Heat,” and “So Young So Bad.” In the middle stands “We Can’t Bring Back Yesterday,” which, on paper, might serve as a tongue-in-cheek reference to the entire album – just a quick, fun visit to an old time with older ideas.

Set for release on Friday, December 1, 2017, through Frontiers Music s.r.l., Public Enemies marks Pretty Boy Floyd’s first studio album of new material since 2004’s Size Really Does Matter. Of course they released Kiss Of Death: A Tribute to KISS in 2010, with plans of new music the following year, but nothing ever materialized. Now many years later, they give it a go with a brand new album their fans have waited patiently for.

Fourteen tracks in total, after the odd chant of opener “S.A.T.A.,” the promise of “Feel the Heat” gets the listener in the proper frame of mind. To put it mildly, we are on a thrill ride through the Glam Metal zeitgeist and maybe a good one. A loud blast of gunfire opens the track, no doubt a reference to the eponymous gangster, who once held the title of Public Enemy #1. This in mind, has the band refocused itself on tales of robbing banks and eluding authority?

Unfortunately, no; the fun of “Feel the Heat” is almost immediately extinguished by “High School Queen,” a track that would fit right along during the band’s stint of stardom in the 1980s. Unfortunately, thirty years have passed and hearing Grandpa catcall after high school students is, at best, creepy. And this theme continues with the cut “Girls All Over the World.”

From here the album continues with tracks such as “We Got the Power,” “Do Ya Wanna Rock,” and “Shock the World,” which many may argue are nothing more than bad filler with drab lyrics and boring fills surrounding half-hearted guitar solos. It is not that the songs are bad: it is just the majority of them blend together with no discernible break, and the production has nothing helpful to offer. All’s not lost though, “Run for Your Life” is one track that rises from Public Enemies with loud guitar, high solos, cascading drums, and decent vocals (both lead and chorus), marred only by the tasteless lyrics.

There is a reason why bands like Poison, Mötley Crüe, and Guns N’ Roses curtailed production of new material after the 1990s killed this genre – the majority of fans care less about hearing new music warmed over and instead want to hear the very exact riffs, winding choruses, and drum rolls of their memories. This effort started with decent promise, but is otherwise a collection of long, awkward stares back to an era that, maybe, is best left alone. The bottom-line, maybe this is exactly what fans would expect from the Sunset Strip warriors and for that they they will cheer, but in all, there is nothing new offered here. For these reasons CrypticRock gives Public Enemies 2.5 out of 5 stars. 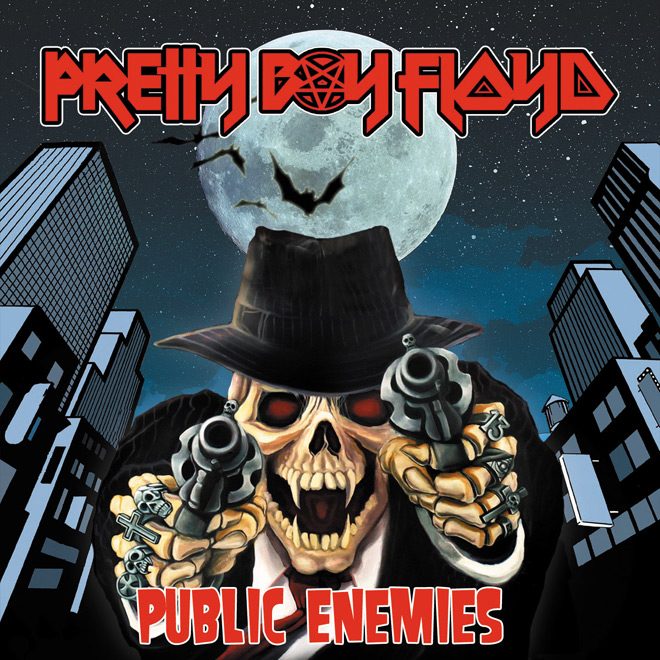