Pretty Dead is the film debut of director and co-writer Benjamin Wilkins. The movie is composed entirely of lost footage from the evidence archives of the US District Court case against the California State Health Department for the return of Regina Stevens’ body, that went missing from their facility, to her family. Consisting of the latter days of young Regina’s life, played by the attractive Carly Oates (Painted Desert 1993 and Sol 2009), the film begins by informing you at the very beginning that some of the footage has been destroyed or lost. Regina was arrested for murder and cannibalism of two people, one of whom was her fiancé Ryan played by Ryan Shogren (Word is Bond 2003, Haber 2008, and Happy Endings 2003). 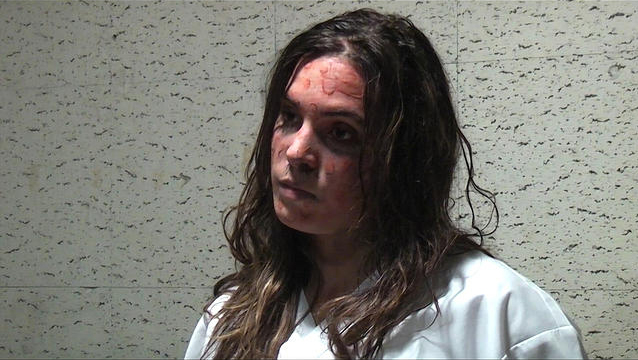 Initially we see Regina as a beautiful intern who has just passed the Medical Board, just met EMT Ryan, and the world seems to be her oyster. A fatal event at a party with friends ends with Regina suffering from what seems to be a cocaine overdose, where her heart arrests and is admitted to the hospital for recovery. Possibly coincidentally, Regina is the only one affected and after the party Regina’s life (or death) is never the same again.

For reasons Regina hopes to discover and use for future medical application, Regina’s appetite cannot be suppressed by normal food and is only abated by the consumption of human products.  Regina resorts to stealing human waste products from the hospital she works at and devises a new menu for herself.  This  cannibalistic fiendery makes this  film not for the faint-hearted.  If you do however have a strong stomach, fortunately with the horrible acts come some benefits, such as expedient healing and intelligence which Regina also documents.

After increasingly bizarre and worrisome behavior, Regina begins to believe there may be a link between her DNA and a parasitic fungus called Cordyceps.   Her unnatural appetite and her lack of a pulse or blood pressure driving her to seemingly insane actions over the course of the coming days. Ryan is initially extremely patient and accommodating to Regina’s unnatural urges and behaviors, even to the extent of eventually getting a gun at Regina’s insistence, in case she tries to hurt him. This changes as soon as Regina graduates from consuming human waste products to living human beings. 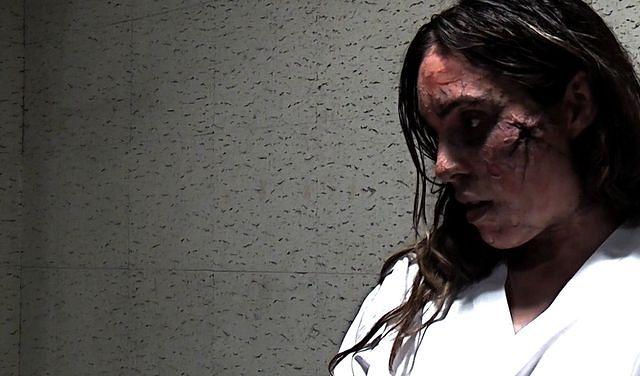 Regina’s psychiatrist Dr Daniel Romera is eloquently acted by Actor/Director Quantae (Love of Life 1999, The Big Hustle 1999, & Fast Lane to Malibu 2000). Dr. Romera believes that due to trauma in her childhood, Regina suffers from Cotard’s Syndrome; a rare psychological disorder that causes the patient to have delusions that they are dead and go to extreme measures to prove it. He tries to persuade Regina to have blood tests to rule out the possible threat of contamination and that she is in fact not dead.  The blood tests are also pronounced missing in the film.  The film is pieced together from scenes of a variety of camera sources; periodically showing Ryan and Regina’s early life together, her video diaries, Regina’s discussions while hospitalized, the disintegration of her face and body contaminated by an unknown “fungus”, talking about the events to her frustrated psychiatrist, and after her arrest at a police station.

Pretty Dead poses many questions and answers, finding you as the viewer questioning the truth the whole way.  The most obvious question being, is Regina insane or is she in fact a zombie? The plot of this movie is innovative, creating a whole new horror, stemming from deep within the human psyche.  Pretty Dead is riveting from start to finish and will leave you yearning for more. This is a must watch if you the type which like your brain teased  and ideas prodded. The film may also renew your vow never to do drugs or at least strongly contemplate it. CrypticRock gives Pretty Dead 5 out of 5 stars. 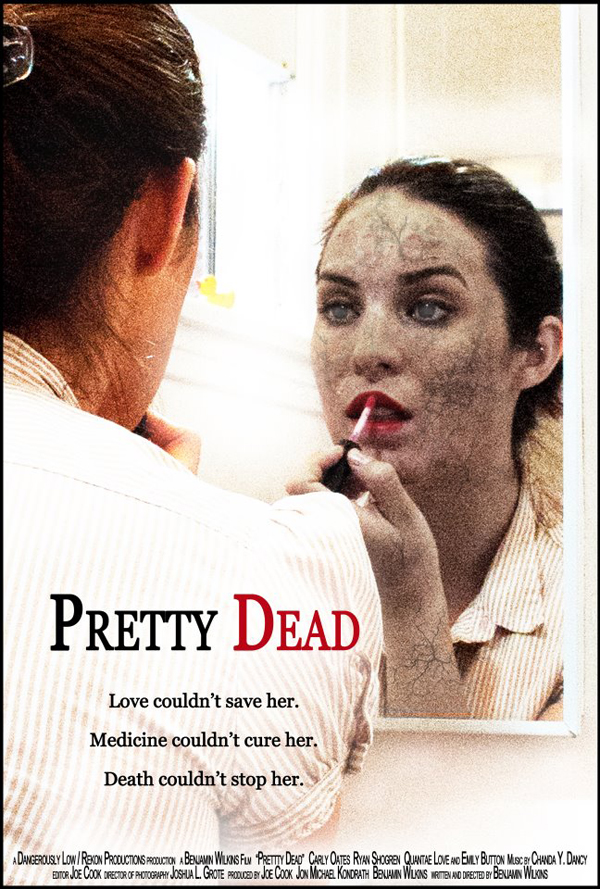