When it comes to Pretty Little Liars, Marlene King does not hold back on mysteries and plot twists, and on Episode 2, entitled Bedlam, airing June 28, 2016, the plot twist got even thicker. New characters tell new secrets and others give in to their emotions. When the network changed its name to Freeform, it allowed the series to expand their horizons when it comes to real life events and tragedies; there is more drama and more action with every new episode. 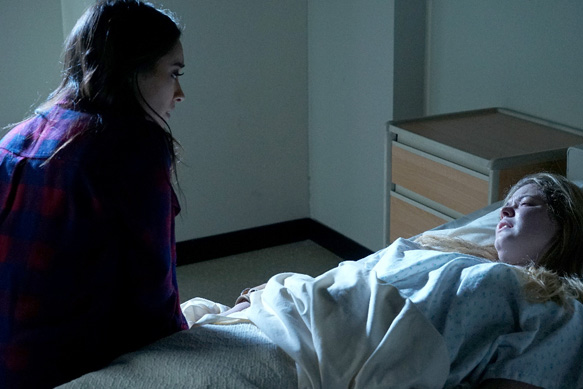 Alison is in hot waters at the sanatorium after she listens to Elliot’s rant about how he is going to exact vengeance on her. She gives Emily a call that plants doubts in everybody’s mind about whether or not to trust Elliot. Emily goes to the hospital and sees a totally new Alison; definitely a different Alison than when she first got there. Emily feels guilty for it and asks an unwilling ally to help her get in. Mary Drake feels Elliot is going too far with his plans and has a one-on-one talk with him; they do not know Emily is looking at their every move. Mary and Emily are finally able to get in and before Elliot arrives, Alison has trouble figuring out how Mary Drake is not her mother, Jessica Dilaurentis, seeing as they are both identical. Mary Drake makes a confession to Spencer about how she ended up at Radley and what she has to say about it is depressing. The problem is that with a family like that, lies that look like truths are constantly told.

Although Hanna was rescued by the same unwilling ally from before, she still has memories of that horrible experience and it all seems to go back to the dollhouse leading to how she first met Jordan. In a flashback, Hanna meets Jordan at a restaurant/bar and they hit it off like time would not go by. Coming back to Rosewood, Hanna realizes that the city will never let her go and makes an unfortunate decision for her and more unfortunate, for him. Lucas pushes Hanna to make a decision as to not close contracts with other people; Hanna accepts and decides to start her own business with the help of Lucas’ bank account. Why is Lucas so pushy when it comes to doing business with Hanna? Who knows, but Pretty Little Liars never performs an action without a reaction that follows. 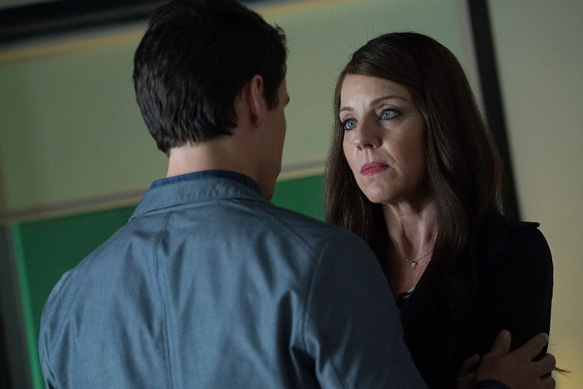 It sees that coming back to Rosewood was not only detrimental to Hanna but also Aria, who is forced to make a decision between her future ex-boyfriend and her ex-boyfriend. Liam has some major news to share with Aria, but when she decided to let him go for good, his news does not pale in comparison. Liam suspects the reason behind Aria’s decision is based on her life story with Ezra and decided to work together with Ezra and Aria to prove that he is right. What began like a good point-of-view conversation, immediately turned into a discussion full of indirections and accusations between Liam and Ezra. Now Aria is forced to work with Liam and Ezra albeit her getting closer to Ezra than ever before. Spencer was happy to see her best friend Hanna safe, but also put a dent into hers and Caleb’s relationship. As old ships reunited, new ones ignite!

The Talented Mr. Rollins, aired on July 5th, 2016, proves again the Pretty Little Liars has changed for the better. There are more mysteries, plot twists, as well as uh-oh moments, and it proves to the audience that Season 7 should not be its last. With talks about a potential movie or maybe even another season, Pretty Little Liars still has eight more episodes to go this year coming to its series finale early 2017. CrypticRock gives Bedlam 4.5 out of 5 stars. 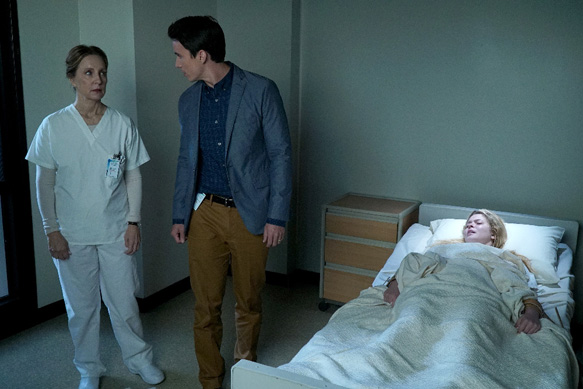