Continuing the drama, on Tuesday, April the 25th, Pretty Little Liars debuted the new episode entitled These Boots Were Made for Stalking. The twelfth overall episode of the final season of the series, the latest chapter implies the possibility of a new spinoff character named Addison, giving fans some hope that the Pretty Little Liars might get some type of spinoff in the future, and with talks about a show with Emily, Paige, and Alison, that idea might not be too far out there. 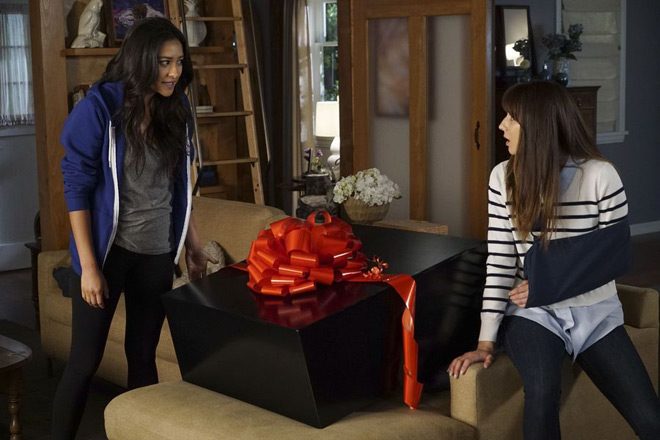 Many new things are stirred up in this episode, starting with Spencer confronting her mother about why she never told her about her biological mother, Mary. Sad as it may be, Spencer was brought out into this world as an act of revenge and Veronica explains to Spencer that no matter what happened, she has always been loved; all this while Peter keeps avoiding Spencer.

After talking to her mother, Spencer seeks Detective Fury’s help, and while they were talking, none other than Jenna walks in; yes, the same Jenna that tried to shoot Spencer before Uber A beat her to it. Jenna tells Fury that Noel was also manipulating her and, of course, this makes Spencer lose her marbles.

As Emily, Paige, and Alison are having a teachers’ meeting, the audience gets a little bit of old Alison when she begins bullying Paige and is stopped by Emily before she could ruin something else. Emily, in turn, is also being bullied by a new Alison mini-me named Addison Derringer who gets some hard-to-explain photos of Emily and Alison and is threatening to show to the school’s principal. Paige makes sure that Addison is dealt with and Hanna soon discovers that Addison may be working with, or for, Jenna moments later. 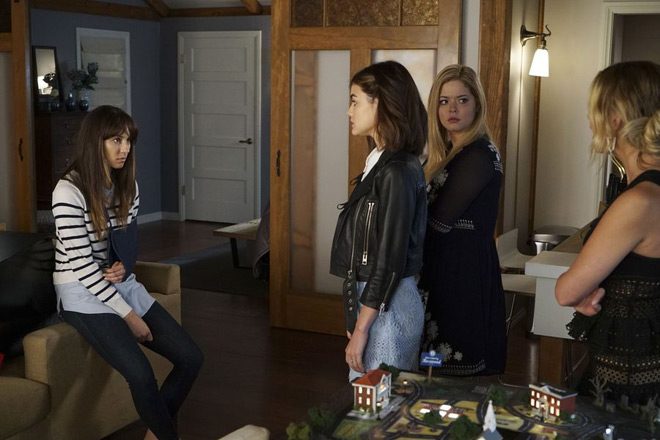 Hanna and her PTSD is put to the test after she and Caleb follow Jenna who is sporting Hanna’s “one of a kind” dress in order to see who is facilitating that to her. When Caleb confronts Jenna, Hanna goes into the old store where all her shoe alterations are done. The store is empty, but as always, it would not be a Pretty Little Liars episode if one of the liars would not go into a room where they should not go into. Hanna steps into a cage-like room and is locked in, facing different noises that remind her of the time she was kidnapped by Uber A.

Aria gets more confident with Holden, talking about Ezra and Nicole and how the two seem to be closer than ever instead of apart. Holden offers good advice to Aria but she is having doubts because her heart and mind are not coming to an agreement; it even feels like Aria and Holden might have something together in the future, and with this type of series, that is not very unlikely. The show is getting closer and closer to its finale, and with it, more questions are being answered. The cast and crew have promised a satisfying finale, but just like with anything else, they cannot please everyone. Ready to keep the story going,  Pretty Little Liars comes back with the all new episode Hold Your Piece on May 2nd. Until then, CrypticRock gives These Boots Were Made for Stalking 4 out of 5 stars. 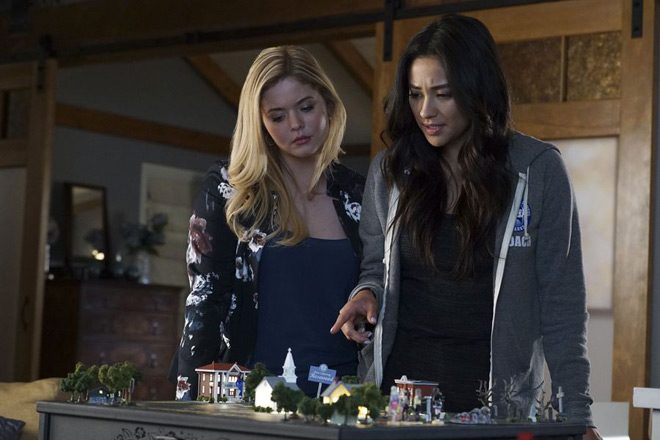