Pretty Little Liars keeps making viewers play the guessing game, and in March 1, 2016’s episode, titled appropriately Burn This, fans get some questions answered, but other mysteries unresolved. Let’s start by pointing out the fact that Alison seems to always be missing every time something horrible happens to The Liars; this episode proved it. It is assumed that Alison did marry Dr. Rollins after all and they are both taking a mini honeymoon. Marlene King informed that viewers were going to see a darker “A” from this part of the season on, and she is not disappointing. 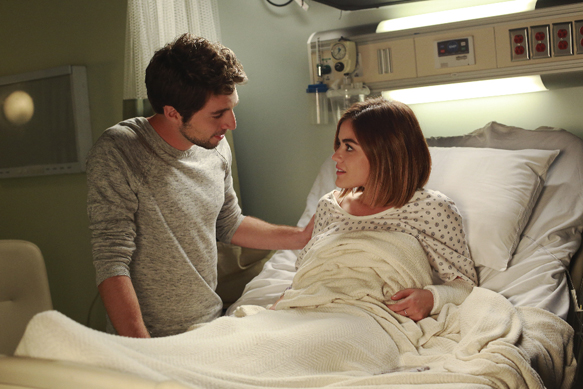 PRETTY LITTLE LIARS – “Burn This” – TThe games are over as threats become reality in “Burn This,” on Freeform, the new name for ABC Family. (Freeform/Ron Tom) ROBERTO AGUIRE, LUCY HALE

After one of the two “A’s” nearly killed her in last week’s episode, Emily is more determined to find out clues about Sara’s whereabouts, and is even more convinced Melissa is the perpetrator. She follows the same sound the truck that tried to kill her had back to a mechanics shop. A man told Emily he did not see or know about anything, and that she should leave. Emily doubles back and turns on the other side to search for clues. She finds out that the truck that almost killed her is there. The man approaches her and makes her leave, but not before Emily shows him a picture of Melissa, which he denies ever seeing her. Could he be lying?

Speaking of Melissa, Peter Hastings is back, and before warning Spencer to leave Caleb for good, he informs Spencer that the real reason Melissa came back to Rosewood is because she was being blackmailed by an unknown assailant. Apparently there is a video showing Melissa killing Bethany and the unknown person wanted money to not release said video. It is important to mention that Melissa went back to London, which makes it seem like she fled the city out of guilt. This was a Spencer-centered episode in a way that almost everything that happened revolved around her. Spencer has a flashback about how she and Toby broke up, and it all seems to involve her being pregnant. If she kept the baby or not, viewers still do not know. Caleb is still taking the blame for what happened to Yvonne and gets punched in the nose by a very angry Toby; later Spencer explains to Toby the real reason Caleb took blame and Toby laments it. 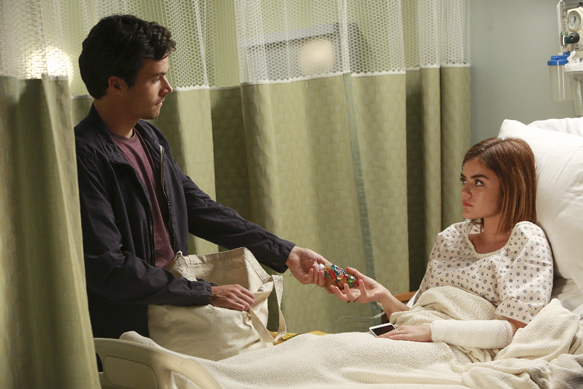 PRETTY LITTLE LIARS – “Burn This” – TThe games are over as threats become reality in “Burn This,” on Freeform, the new name for ABC Family. (Freeform/Ron Tom) IAN HARDING, LUCY HALE

Aria is taken by Tanner to the police station because, apparently, she looked a lot like the person who was seen calling Charlotte minutes before Charlotte was murdered. She is absolved, but before she leaves, she asks Tanner who the person accusing her was. Tanner does not answer anything, but Aria takes a peek at some paperwork. Supposedly, someone matching her description that uses tacky dice for key chains, was the one who called in that night. More about this in a bit.

At Hanna’s bachelorette party, “A” has somehow taken control of the smart-remote and caused havoc when he/she turns on the fireplace. Aria does not get out unscathed as the explosion gave her second degree burns. At the hospital, Ezra rushes in and spends time with her. This surely gave the fans mixed emotions. Ian arrives and informs both her and Ezra—since they are both co-writing it—that the book is a go. Aria and Ezra writing a book together, what could go wrong?

Aria getting burned, “A” being on Ella and Byron’s wedding, leaving unwanted table cards, Emily almost being run over, and many other darker things are proof that New “A” is not joking around. After cleaning up, Mona offers Emily a ride home, to which she declines. Emily sees Mona using two tacky dice as her key chain, and she demands an explanation. Mona warns her they cannot have that conversation there, so Emily ushers her to the car. In the last two minutes of the episode, the mechanic is seen repainting the truck and grabbing an envelope full of hush-money. It is too early to tell, but it could be the same money Melissa paid that stalker. Fans have not heard of Sara in a while; this could either mean she is gone for good or that she has met her faith in the hands of “A;” the latter sounds more likely. Hanna confessing to Charlotte’s murder on next week’s episode, airing March 8th, has viewers wondering whether she really committed the crime or if she has an alternate reason for doing so. The plot synopsis of Did You Miss Me?  promises it will serve as a door to the grand season six finale, which promises the revealing of A’s identity and Charlotte’s murderer. With only two episode left this season, Pretty Little Liars keeps fans guessing and wanting even more. CrypticRock gives Burn This 5 out of 5 stars. 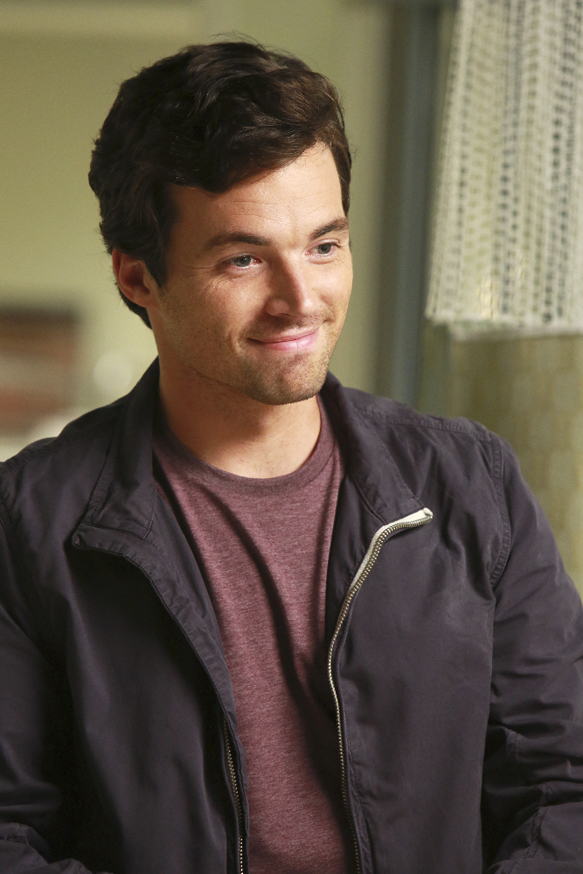 PRETTY LITTLE LIARS – “Burn This” – TThe games are over as threats become reality in “Burn This,” on Freeform, the new name for ABC Family. (Freeform/Ron Tom) IAN HARDING