Pretty Little Liars – Did You Miss Me? (Season 6/ Episode 19 Review)

If there is anything that Pretty Little Liars have shown viewers is that the plots and twists are always jaw-dropping, and in this episode, titled Did You Miss Me?, which aired on March 8, 2016, fans get proof of that. Not only do fans get more answers, but more key characters come back, entangling viewers in more webs of lies and mysteries. 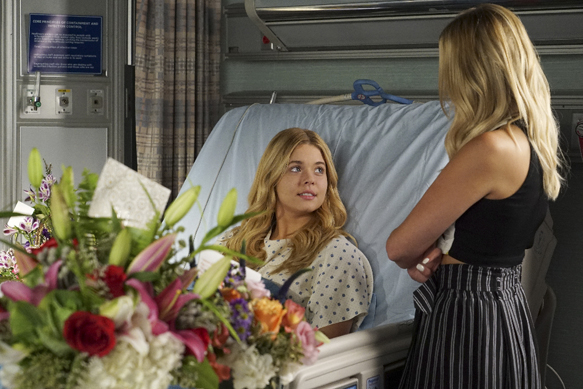 Emily gets answers from Mona, but she and The Liars are uncertain of how true those answers are. Mona confesses to Emily that she was the one who called Charlotte the night she was murdered in an effort to see just how much information Charlotte was going to give away after keeping quiet for five years; she never got to the diner that night. Sara returns after being absent for some time and is seen driving, no less, with the same hands she swore she could not use. Mona confronts her and we see how Mona has real good intentions by defending The Liars from Sara. Viewers can tell Sara has something up her sleeve and her “driver” has been helping her all along. Sara holds a grudge and is apparently willing to do whatever she needs to take her revenge.

While on their honeymoon, Alison and Dr. Rollins fall more in love with each other, but their happiness gets interrupted after “EmojiA” somehow manages to trip Alison off the stairs, giving her a concussion that sends her straight to the hospital. At the hospital, Alison has what seems to be a dream in which her mother came to visit. The audience is still wondering whether this was a dream or not, and if Jessica is in fact the twin Marlene King warned us about.

After Hanna leaves the hospital, she takes the note “EmojiA” had left for Alison in one of the flower arrangements she received. Tired of having “EmojiA” picking at them one by one, Hanna devises a plan with Caleb in which she will be used as bait with the hopes to set a trap for “EmojiA” and trapping him/her. Spencer is ok with the plan, but it is too obvious that seeing Hanna and Caleb together bothers her so much; which would explain all the drinking. 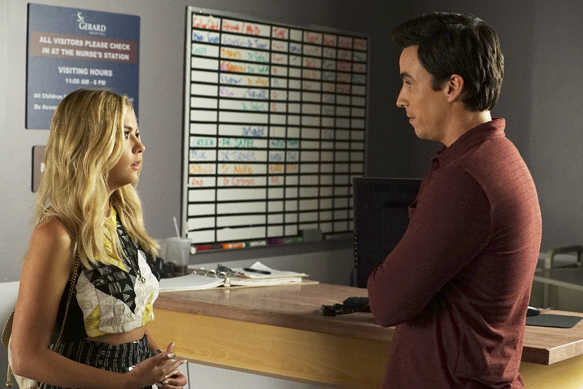 Aria is in hot water after her boss asks her to stop seeing Liam, at least until she finishes the book she is writing with Ezra. This creates a problem because being too close to Ezra may open a can of feelings Aria worked so hard to close.

Fans are still wondering who the killer is, who is the twin, who is “EmojiA,” or if all of them are the same person. In past episodes, fans saw The Liars warning Alison of a person coming to get her. They keep implying that person is a male, which makes us wonder if “he” is a man and/or “EmojiA.” Marlene King promises that more characters will return and that we have seen the identical twin at least once in the past. People hash-tagging Pretty Little Liars on Twitter and Facebook is just more proof that this show should not end with season 7.

Next week’s episode will be the season 6 finale, and, as per usual, it promises nothing but big reveals. How many reveals to be exact, one does not know, but judging from the finale trailer and spoilers Marlene King has given, fans know they will reveal who the twin is and who is Charlotte’s murderer. Did You Miss Me? sets the beginning of the endgame in the finale episode airing March 15, 2016 on Freeform, titled Hush… Hush, Sweet Liars, clearly referencing the 1964 film titled similarly Hush… Hush, Sweet Charlotte. CrypticRock gives Did You Miss Me? 5 out of 5 stars. 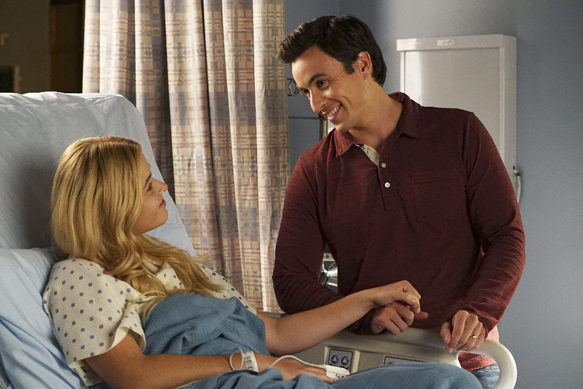