Airing on August 15th, Pretty Little Liars’ latest episode, entitled Exes and OMGs, took a supernatural turn with yet another unexpected character return as one of the liars has gotten further proof that another dangerous character is A.D. Another liar also gets a surprise character from the past and feelings are quickly riled up when the past and the present collide. While these two liars get surprises from the past, two other liars look into the past searching for Mary’s second child. With only two more episode left this year and characters appearing left to right, the countdown begins on who A.D. will murder next. 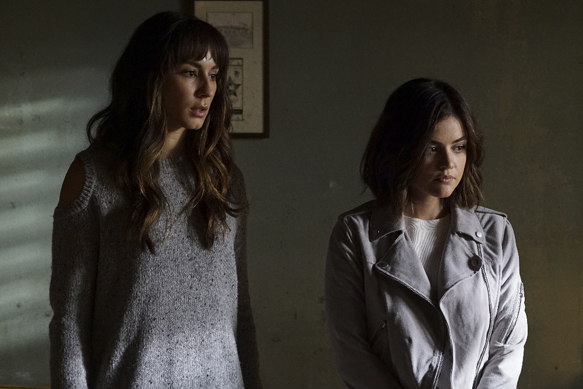 After having one of the worst nightmares of her life, Hanna decides to check in with Noel Kahn with the hopes that he might make a mistake that will finally reveal him as A.D. The other liars are not as convinced as Hanna is, but Hanna is now surer than ever after Mrs. Grunwald pays her a visit that changes the entire course of her life. Mrs. Grunwald warns Hanna that a dark shadow invades her and Caleb’s relationship after connecting that to her nightmare, Hanna makes an attempt to bring Noel to her table in order to be checked by Mrs. Grunwald. Mrs. Grunwald immediately holds Hanna’s hand and supernaturally, her nose begins to bleed, creeping everyone out except Hanna. Before leaving, Mrs. Grunwald warns Hanna that evil is very near her and her friends and that something bad is about to happen; Hanna makes the ultimate decision that could change the rest of her life forever.

Emily is offered a swimming coach job by her ex principal, and after debating on whether or not to take it, she goes to her high school and applies for the job; little did she knew that her old girlfriend Paige is applying for the job too. When Emily sees Paige, there is an obvious spark, so when they decide to go for a drink, the fans could not believe when they found out that Pailey had already reunited in the five year hiatus and that their relationship had not worked out. Paige does not seem to be entirely over Emily as she lurks in the shadows, watching Emily talking to her other love interest, Sabrina. 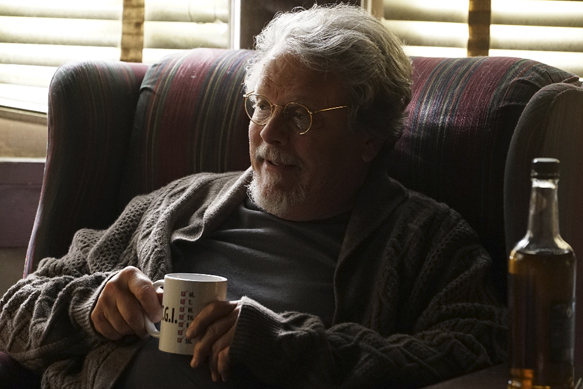 When the liars cannot catch a break due to A.D. threatening their existence, Aria and Spencer decide to look further into Mary Drake’s past and her second child. Initially, they go to look for a Dr. Cochran, but they are disappointed to learn that Dr. Cochran’s daughter is the doctor now and her father has not worked at the hospital in a very long time. After having her office broke into, Dr. Cochran suggests Spencer and Aria to pay a visit to her father and to also bring a bottle of whiskey along with them. Later, Spencer and Aria learn a lot from Dr. Cochran’s father, but he leaves the more important clues, like if Mary’s child was a boy or a girl, and they are left with nothing but broken promises.

With the mid-season finale’s anticipation and the promises that someone else is going to meet their fate, Pretty Little Liars will continue the hour-long mystery Tuesday, August 23rd, with the ninth episode, entitled The Wrath of Kahn, and will surely leave the audience in awe. CrypticRock gives Exes and OMGs 4.5 out of 5 stars. 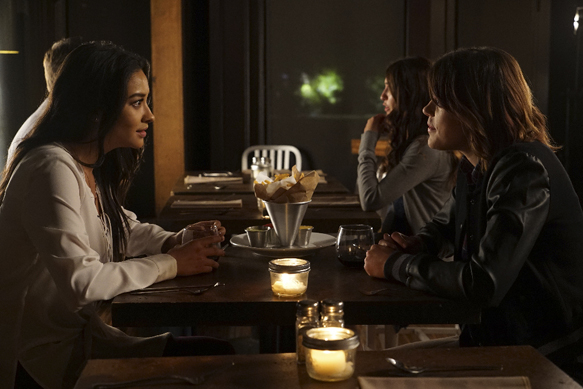 Creepshow (Season 2 Review) The Sinners (Movie Review)
Like the in-depth, diverse coverage of Cryptic Rock? Help us in support to keep the magazine going strong for years to come with a small donation.