Airing on July 12th, Freeform’s Pretty Little Liars’ episode Hit and Run, Run, Run took a wild turn that changed The Liars’ lives forever! Unknowingly, Hanna runs over one of the series villains with her car and this made the liars question whether the whole thing was an accident or an act of retaliation. Yet another player from the past comes into play and with her, all the past motives that have the fans questioning if she may be A.D. or not. When things start to unravel, frenemies who were long gone come to save the day and leave everyone believing that they are not doing it out of the goodness of their heart; for some reason, it feels like Alison is still playing with the Liars in this fourth episode and it will not be long before everyone else feels it too. 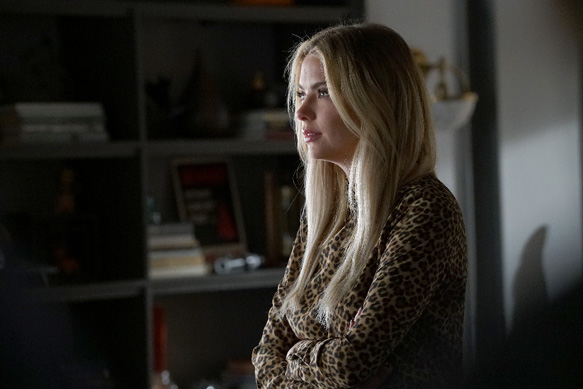 As if it was not a bad situation already, the car Hanna was driving when she ran over Elliot is missing and Aria and Hanna begin to question their sanity; they think Elliot was A.D., so they have no idea who could have taken the vehicle. When all hope seems lost, Mona comes into view with the car fixed and ready to save the day, but Aria and Hanna might not be as welcoming as she thought they would be. Mona, being a master of manipulation, knew that Elliot has never been legit and catching up on that makes her feel indestructible, but she may not have all the answers after Toby tells the girls that Elliot has gone missing and that his name is not even Elliot, that he changed it for some unknown reason.

Spencer is still not ready to forgive Hanna for what she did with Caleb and still feels like she cannot talk to Caleb because while all she feels for him is love, she thinks Caleb only likes her; likes but not love her. When Hanna and Spencer are in the living room talking about their feelings and cleaning up Elliot’s mess, Caleb knocks on the door and is not leaving until he pours all his feelings and emotions to Spencer. Hanna cries as she listens to Caleb, thinking that she once had his love and now he is telling this to Spencer; Spencer begs him to shut up but he continues regardless. While all of this is happening, Aria and Alison are in Welby trying to get in the hospital unnoticed, thanks to Elliot’s key card, but Alison feels the demons of her past haunting her and is not cooperating fully with Aria. Aria promises she will come back for her and Alison agrees to stay in the hospital under that condition. 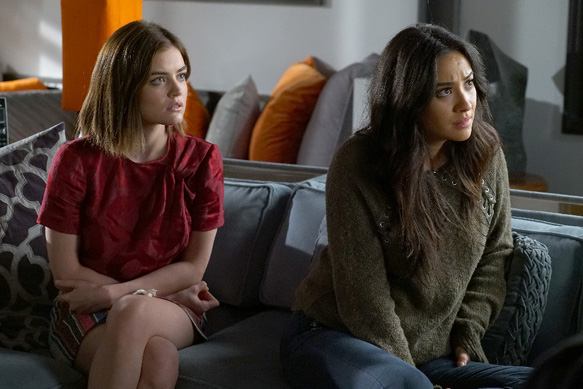 A new cop is in town, but to Spencer, he is almost just another man candy. Just when they are about to make love, Spencer remembers that she is not that type of person and cuts it off before things go south; Spencer still has no idea he is a cop. Meanwhile, Alison tells Aria what happened the night Charlotte got murdered. According to her, she left the church with Charlotte in it after explaining to her that what had happened to Elliot was not a mistake, it was coincidental. While the girls are having breakfast at The Radley, Jenna Marshall makes her presence known, making the Liars unsure of what their future may hold. When Mona and Hanna hear Elliot’s burner phone ring, Jenna clearly states her name in the voicemail and this just adds more wood to the fire.

Mistakes have been made before, but they have never been made of this calamity. Hanna, Emily, and Aria have all murdered someone and this leaves us to think that for the midseason finally, Spencer may kill someone next to close off the “Liars Kill Club.” Marlene King keeps sharing theories and future plots that have the fans craving for more and they cannot wait for July 19th episode, entitled Along Comes Mary. CrypticRock gives Hit and Run, Run, Run 5 out of 5 stars. 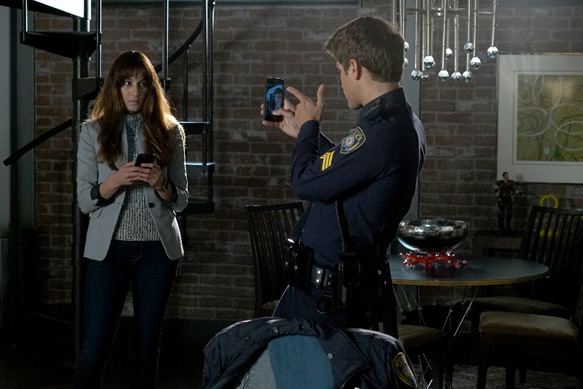