Premiering on Tuesday, May 2nd, Freeform’s Pretty Little Liars episode entitled Hold Your Piece gave fans just a little taste of what is to come as the hands of time tick away on the series. Sadness, mystery, and action, Hold Your Piece is an episode which makes peace with yet another character and complicated life for one of the liars. 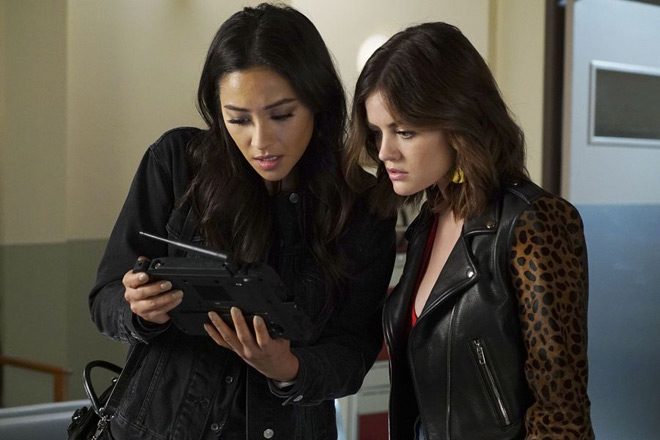 There was not much to talk about Alison since she is away presumably to fix something school-related, but that does not mean that A.D. did not have plans for the other four and their loved ones. Spencer, playing hooky with Detective Fury, came back home only to find a devastated Toby who lost Yvonne having just married her. It is still unclear if A.D. had anything to do with Yvonne’s death, but in Rosewood, nothing is ever a coincidence.

Emily and Aria follow up Jenna’s old pal after Caleb gave them access to computer programs that can get anyone’s information just by standing close to them. It turns out that Sydney has apparently been working for A.D. thinking it literally stands for Anonymous Donor; she made it clear to Emily and Aria that she does not want anything to do with Jenna and that if they are smart, neither should them. After receiving the bad news, Aria goes back to Ezra’s and to her surprise, a very surprised Nicole is waiting for her with no sign of Ezra even being there.

Another familiar face comes to this episode. Lucas wants Hanna to succeed and not give up on her dream even if A.D. makes her wish that. But when Hanna receive a very creepy mannequin with her face on it, she has no choice but to take A.D.’s offer and bring Caleb up to speed. Caleb tries to find a solution to the game without The Liars risking their life over it, but it proves useless when he lands in the hospital due to some toxic spray the board game released. 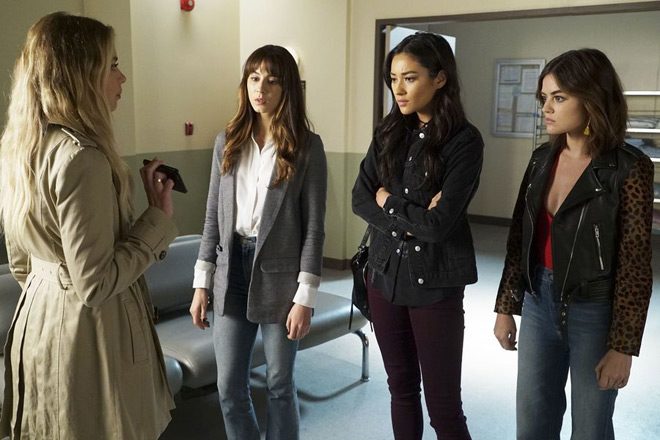 Hanna is beginning to feel animosity toward Spencer believing she had her boyfriend rushed to the hospital while Spencer just went to visit her ex, Toby. Needless to say, Hanna will have to pay for not playing along with the game and the prize will probably be high.

Only six episodes remaining, the finale, Till DeAth Do Us PArt, will be treated like a movie, lasting two hours long,and will air on June 20, 2017. With the stakes progressively getting higher, each episode through then should be packed with excitement and plenty of jaw-dropping reveals. That said, episode fourteen, Power Play, will premiere on Tuesday, May 9th, and hopefully offer viewers yet more insight into the show’s mystery and the burning question, who does the finger sent to Detective Fury belong to? Until then, CrypticRock gives Hold Your Piece 4.5 out of 5 stars. 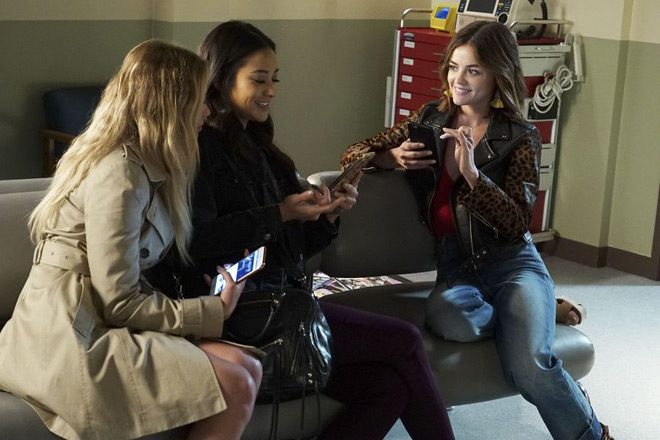