After a few months off, the final ten episodes of the hit TV Mystery Pretty Little Liars kicked off Tuesday, April 18, 2017 on Freeform. Picking up with the eleventh episode entitled Playtime, fans of the series got a taste of what is to come for the next nine episodes as show creator Marlene King promises all the previous questions would be answered.

Starting off with the Liar who started the whole drama off, Alison begins to imagine life with her child as the Doctor tells her she is having a baby of a total stranger and Emily is there to help her out in more ways than one. When Paige and Emily are both hired at the same school Ali teaches, it was only a matter of time before Alison started to revert to her previous self, ten times over now that her hormones are out of control. When the Midseason finale ended off 2016, fans watched Spencer being shot and Toby and Yvonne unconscious due to crashing their truck as they were leaving (the reason is still unknown) and this episode jumped over one week in which it is explained that Toby and Spencer are both alright and Yvonne is in a coma. 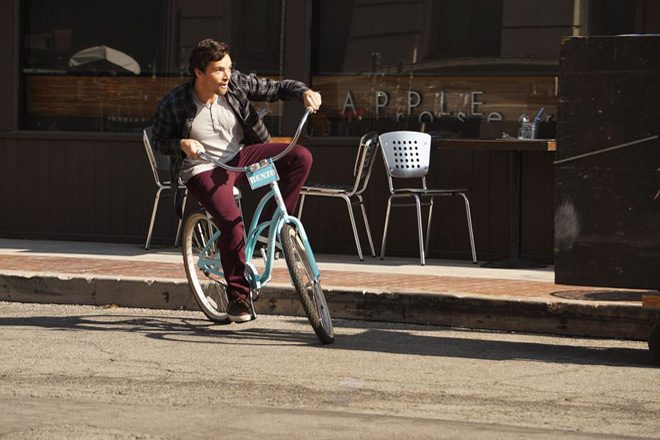 Speaking of Spencer, when her mother gets home, Spencer does not lose time to get answers and she gets them loud and clear. Whatever Mary told her as she was dying a week before, it is true and Spencer is not ready to deal with the mess. Aria gets a bittersweet surprise as she meets Ezra thinking that he was back for good, but he only came back to tell her that the future was not yet set, and Nicole still needs him to survive. Aria’s long-time friend Holden randomly shows up right when Aria was more hurt and delicate, adding more to the mystery that revolves around the Liars. 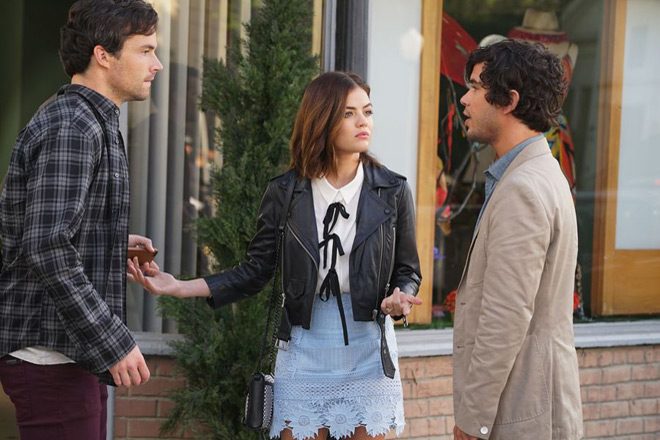 Haleb fans got what they wanted as Hanna and Caleb got a lot closer on this episode. Their fate is pretty much sealed and perhaps Haleb is the first official ship that will stay together as promised by King. A.D. lets himself known to still be alive, scratching Noel Kahn off the list of suspects and sends The Liars a box containing an intricate board game that promises the final end of the game and reveal the truth if they play along. Although everyone decides to not play the game, Spencer revisits it later and starts the first round where it sends her to meet someone she was not ready to meet in the first place.

As more and more episodes and clues come to light, The Liars are one step closer to finally figuring out the who, what, and why mystery that is A.D. Coming up on Tuesday, April 25th, These Boots Are Made for Stalking promises hardcore fans more answers as we approach the series finale. This last ten episodes will be the most important ones knowing A.D. has always and will always be one step ahead of Emily, Spencer, Aria, Alison, and Hanna; the Pretty Little Liars. CrypticRock gives Playtime 4.5 out of 5 stars. 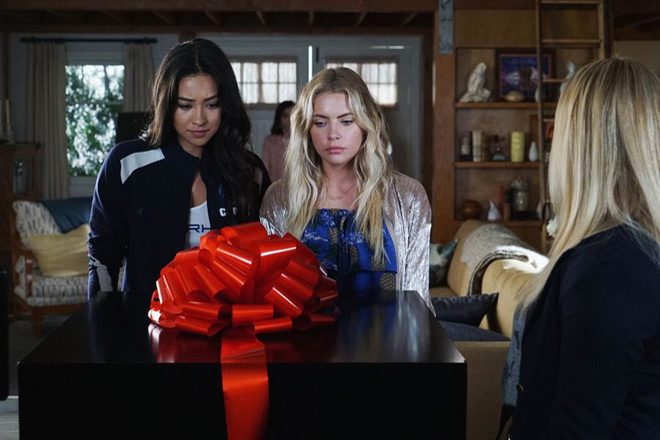