In the second to last episode of Freeform’s hit TV Mystery Pretty Little Liars, the stakes keep getting higher than ever. “The one to watch before the finale” was the August 23rd episode entitled The Wrath of Kahn, where the liars keep getting knee-deep in more trouble, especially for one of the blondes. One of the liars gets an opportunity of happiness while another may get what she wants after receiving a text message that could clear her mind. For the latter, memories emerge where she is placed in the hot seat of one of her old crushes, and this may complicate things even more for her. 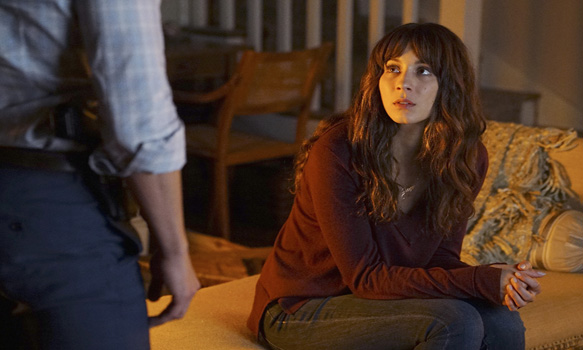 When Hanna Marin lied to Caleb and the rest of her friends, it was not because she is one of the four main liars of the series, it is because she knows that going rogue on a mission to find answers requires her to become AWOL in order to fly under A.D.’s radar. Hanna is all alone, but she is determined to make Noel Kahn confess about him being A.D., and killing Sara Harvey, so she devises a plan that may endanger her life and the ones around her. Noel makes the mistake of dropping a trash bag miles away from where he lives and Hanna has the fortune of picking that bag up finding in it a cellphone containing Sara’s phone number. This is the proof that Hanna needed, but to make sure, she tells Noel to meet her at a local bar where a beer full of sleeping pills is waiting for him.

Emily decides to tell Paige about what has been going on with her and the others’ lives, but all Paige could do is advise Emily to let Sabrina in since she is no longer her one and only, this may be harder said than done. Later, Emily is joined by Spencer and together they go investigate into Noel’s old cabin, where they hope to get new information of Mary Drake’s long-lost child. They find a USB flash drive containing proof that Noel was at the dollhouse they were held hostage all those years back, assumingly helping Charlotte, and they move quickly to try to bring him down once and for all. When a tree branch breaks Spencer’s kitchen window due to a strong storm, she sees a shadow of a person going into her house, she then calls Marco, and when he arrives, Spencer sees that the flash drive containing all that information is gone. 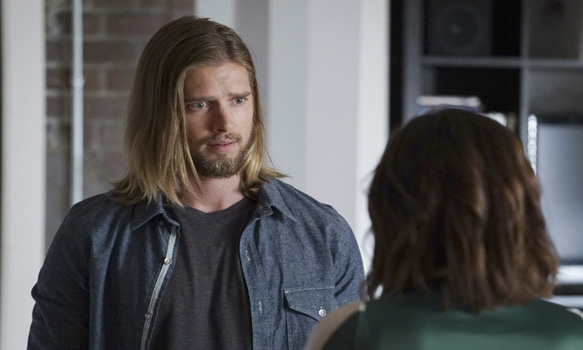 Later, Hanna and Noel meet at the pub and they exchange some words, some of them being Hanna knowing Noel committed a crime and Hanna trying to convince him to let her in so that they both can be free of suspicion. Suffice to say, the plan did not go accordingly and Noel has the phone once again in his possession. A very determined Hanna follows Noel into his cabin and Noel’s head meets Hanna’s might. Aria has secrets of her own when she reminisces about her and Jason’s sexual relationship from years before. As Jason gets too close to comfort, Aria gets a message from Ezra, giving her some good news; good news for her, bad news for Nicole. At the same time, Aria and Jason find out more about Noel and his past.

On Tuesday August 30th, Freeform will air the mid-season finale of Pretty Little Liars, leaving fans with a bittersweet ending now that the news of the show’s last season has been officially confirmed. Marlene King and the cast informed the fans that it will indeed be the last season and it will come back in April 2017 for the last ten episodes ever. Someone will meet his maker on the mid-season finale, and fans are already speculating whom it may be. One thing is for sure, The Darkest Knight will be a finale to remember. CrypticRock gives The Wrath of Kahn 5 out of 5 stars. 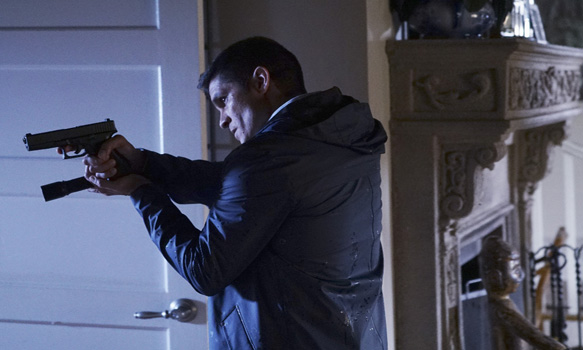 Wrath of Man (Movie Review) Creepshow (Season 2 Review)
Like the in-depth, diverse coverage of Cryptic Rock? Help us in support to keep the magazine going strong for years to come with a small donation.