Liars Unite! The seventh and last season of Freeform’s Pretty Little Liars premiered on June 21st and, as usual, it gave some answers but more questions as well. Just when Emily, Spencer, Alison, Aria, and Hanna thought they have found a break, A.D. reminded them that he is not joking about getting rid of them if needed. New mysteries are revealed with the arrival of a new threat and the girls need to step up their game if they want to get one of their own back safely. A.D. is calling the shots this time, and he is not happy about Charlotte’s murder. 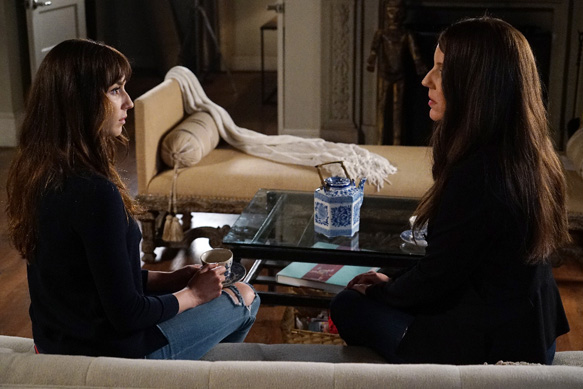 Tensions rise after A.D. abducts Hanna and only gives the rest of the group twenty-four hours to find the real murderer or else Hanna will die. In this episode, aptly entitled Tick-Tock Bitches, a mini time jump takes effect. The episode begins with the girls seemingly burying someone and talking about how they manage to screw things up, flash back into four days earlier and the girls pick up right after Hanna was abducted. Being the first time all the girls and guys work together, they think that it will be easier to find the real culprit and rescue Hanna just in time, but as time runs out faster than ever, they may have just bitten more than they could chew.

Alison seems to not be doing so well herself after voluntarily being admitted at the hospital. She is now under heavy medication and it does not help that the girls all seem to think that she is the one who killed Charlotte. When Emily visits Alison, Emily’s doubts about Alison being the killer are all cleared after Alison has a slip of the tongue. Elliot shows Ali his true intentions and is determined to keep her at bay and controlled in an effort to avenge his past lover Charlotte. Mary Drake is back, and she seems to have something evil up her sleeve. She is the primary A.D. suspect and the Liars will need to gather evidence that prove them right. Spencer receives a visit from Mary herself and finds out the reason why she barely come to light. After leaving, Mary tells Spencer to watch her back because Rosewood and her house are not safe any longer. 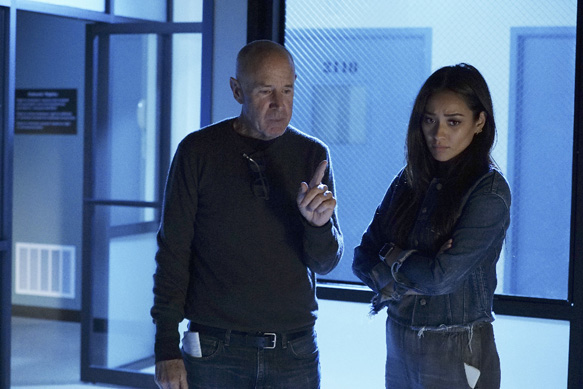 Ezra and Aria almost get caught by Elliot while looking for clues that might lead to Charlotte’s murderer while Caleb and Mona are on Mary Drake’s tail searching for clues of Hanna’s whereabouts. Hanna wakes up cold and semi-naked in a dark room inside a remote farm. Since hours are running out faster and faster, Hanna’s hallucinations gave her an idea of how to escape the current nightmare she is in; namely, the farm. The twenty-four hours are up and A.D. drives to the farm only to find out that Hanna has indeed escaped and is running tirelessly for her life. After many attempts at asking for help, a car stops to help Hanna, and it is Mary Drake who is behind the wheel. Will they get there just in time to save Hanna or will Hanna die in the hands of who she thought was dead already?

Season seven began with such promises and started to deliver since the very beginning. The girls do not worry about who is going to tell on them or who is going to expose their secrets. It is all about who is going to not die in the hands of a more elaborate A. The network title change did allowed Pretty Little Liars to dig deeper into the fans’ primal fears. It allowed them to see new things on a whole different perspective. Adding more blood and realness to the show allows the audience to really believe in the lives of Hanna, Emily, Spencer, and Aria. They are not in high school anymore, they are young adults, and the problems are not about who stole whose article, it is about who killed who. Next week’s episode, entitled Bedlam, promises fights and more drama between some of the characters of the show. This is the beginning of the end, and it looks like it is going to be great! CrypticRock gives Tick-Tock Bitches 5 out of 5 stars. 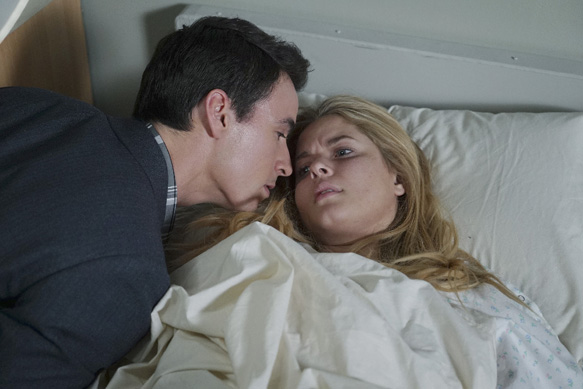