On Tuesday, February 23rd, Freeform released the Pretty Little Liars brand new episode titled We’ve All Got Baggage. The audience felt a little bit down with last week’s episode because it was mostly just a filler, but this one brought their nail-biting suspense back to the top. There were a lot of surprises, but the most important one is that there is not just one person targeting The Liars, there are two! 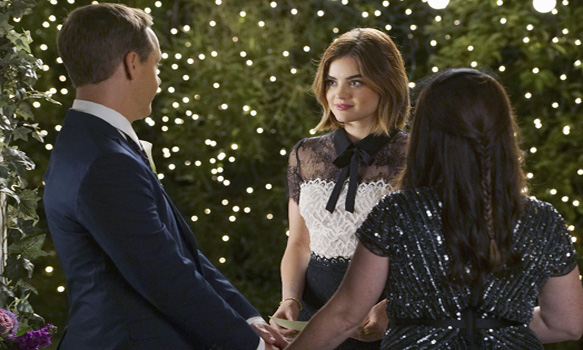 As the episode begins, viewers see Hanna, Emily, and Alison going through Sara’s room – she is still MIA – and they hide in the closet after the room keeper walks in. When the girls scurry out of the room, we find out that room keeper is none other than A herself; herself because that was definitely a female figure! Later, while helping Ella with her wedding, Hanna keeps dismissing Jordan; this makes viewers think she does not really want to get married herself.

Caleb takes the blame for Spencer after Veronica confronts them about a leaked story; the story made them look bad, and even with Veronica’s cancer, this will probably bring voters numbers down. Meanwhile, Melissa gets confronted too involving her suitcase. She told Spencer and Caleb that the suitcase’s handle broke during a bumpy road, but Caleb outsmarted her.Viewers have yet to find out about her real story.

As Emily keeps searching for clues on Sara, A keeps tabs on her. Emily goes to a remote location where she finds the murder weapon and a very angry driver. The driver is never seen, but it is assumed it is one of the two A’s. Viewers find out A stole Emily’s eggs and one does not know yet how he/she plans on using them. She also meets a mysterious young man; he seems ok, but when Spencer tells her his real intentions, Emily decides to turn the tables on him. 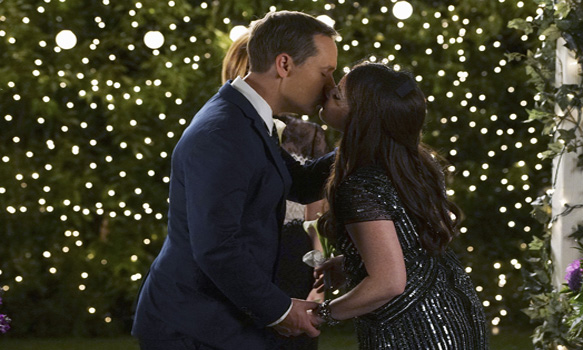 Hanna goes to see Caleb and Spencer to talk about something that might be reason enough to believe Melissa is the killer. While traveling, years before, Hanna and Melissa meet in a restroom and Melissa informs her she and Wren are no longer together. She blames Charlotte and even calls her to the Insane Asylum to tell her off. Spencer cannot believe Hanna because she thinks the theory is too out there. But is it really?

Aria has her very own problems when Ian found out she and Ezra dated. Viewers get the feeling that things between her and Ezra are really over when she tries very hard to make Ian forgive her. At Ella and Byron’s wedding, while officiating her parent’s ceremony, Aria sees Ian walk in and her eyes get a sense of relief and surprise.

Later that night, Aria and Ian made out, but are surprised when Ali and Dr. Rollins ask Aria to marry them. Yes, the flash-forward viewers saw in the mid-season finale this season is starting to unfold. Alison is ready to take the next step and wants Aria to officiate her wedding right then and there. The next cut scene is very crucial because viewers see one of the A’s about to eat cake. Why is this important one may ask? Because the cake was actually from the wedding! One of the A’s was there and no one saw him/her! It is important to distinguish that one of the A’s wants to know who killed Charlotte and the other one was probably the one who killed her.

Having confirmed the news about a twin theory, Marlene King keeps viewers wondering who this twin is and how will he/she affect the story. It looks like The Liars are in trouble in next week’s episode, titled Burn This, airing on March 1st. Characters like Mona and Toby return, so fans already know there is going to be drama. In other sad news, fans have also been informed that season seven will be the last season. Will viewers find out who A, or rather the A’s, are this season, or will fans have to wait another year for that? With only two episodes left this season, fans cannot wait to find out all about it. CrypticRock gives We’ve All Got Baggage 5 out of 5 stars. 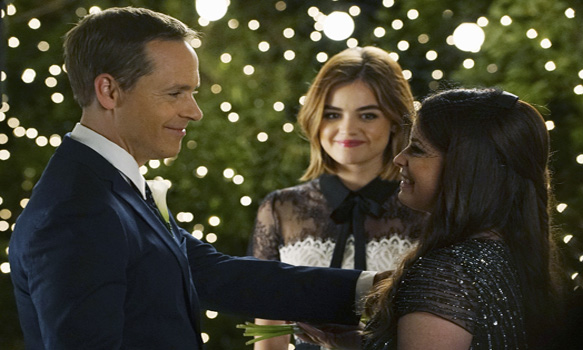