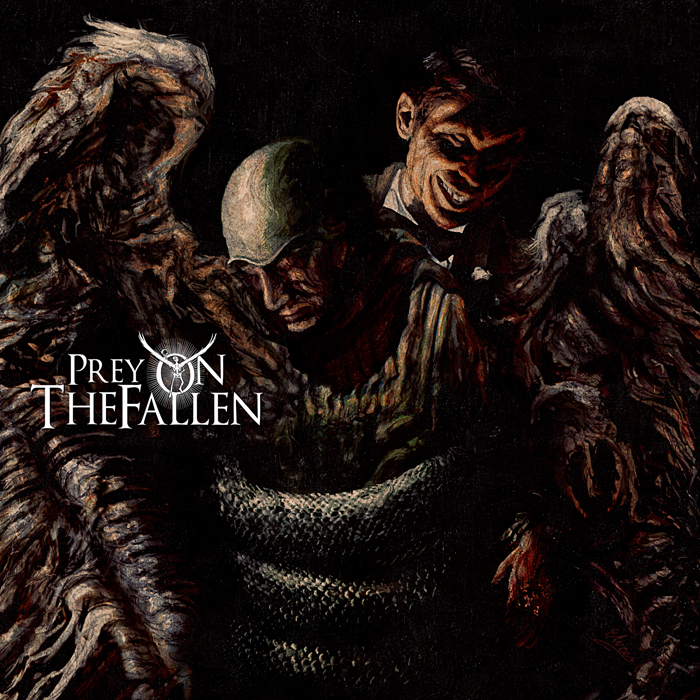 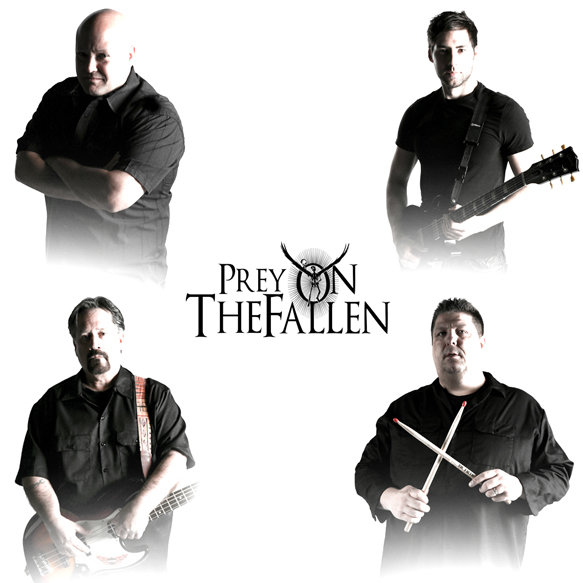 Prey On The Fallen is a four piece metal band, hailing from Los Angeles, California, who is attempting to combine classic hard rock roots with the energy of new age contemporary metal with their debut album; self titled Prey On The Fallen. Originally known as BlackBrew the band takes influences from bands Black Sabbath, Pantera, Megadeth, and Alice In Chains. Adding notarity to the release this debut was mixed and produced by Ryan Greene (Megadeth, Alice Cooper, Cheap Trick, Jay Z, Usher). The opening track also named “Prey On The Fallen” has a high tempo hard rock feel to it. As Michael Ikona (drums), John Guy (Bass) and Mark Bouras (guitar) lay down hardcore tones vocalist Kurt Loun takes you on a lyrical journey which seems to be fittingly begrudging the very judgmental society which we live in. In a time and age where almost every band has at least one song against the government, it’s nice to know one has not forgotten about the rest of the people that help create the tense atmosphere we live in. Followed by “Sherman’s March” which is also fast paced, however, the track takes you back to a bit more old school feel in time. Kurt’s vocals just have that quality to it. This track has some pretty strong riffs and a short but sweet guitar solo by Bouras; a great follow up to the opening track.

“Complete Hypocrisy” definitely has the new school rock feel to it music wise and again, Loun’s old school sounding vocals really just affirms this combination of old and new that the band is trying to create and it works well for them. “Last Breath” follows suit and lyrically is another track that actually paints a picture for the listener which is another way the band reaches into the old school roots of metal. Bouras spreads his wings a bit more on this track leading to a bit more face melting solo while Guy maintains a strong presence. Next is “Vultures To Flesh” and “Present Time” which  might be a fan’s favorite track on the album. “Present Time” has a Metallica presence about it with Ikona maintaining good depth and control while Guy and Bouras lay down the heavy bad ass aggressive rhythms that make you say “HELL YES!!” Loun and the guys really bring it in this one.

Next up is a cover on a popular Eagles song from the 70’s, “Hotel California”, and what they have done with this song really works. It’s always awesome when a band can show off by taking a song you wouldn’t think could be touched and turn it into something that when you ask your friends if they have heard it they say “Oh, you mean by the Eagles?” and you can say “Hell no, by Prey On The Fallen! This cover may become a new favorite to some. The guitar and bass put together a brutal setting for this song that you would not have ever imagined and Loun honestly just kills it with his gruff yet radical vocals. Thumbs up guys! “Chain Reaction” keeps the album going with consistent sharp grooves while “Creed To The Greed” slows it down just a little bit. What I like about this band is you can’t tell what they are going to put on the table simply by the hints you might think the music itself might be giving you.

Prey On The Fallen closes out their debut album with a track dubbed simply “War” which I find to be an excellent closing track. This album is definitely not one where you put it on and don’t know when it begins and ends. Kudos to the guys for being able to capitalize on this. It’s a hard thing for even some of our mainstream bands to do. With Ikona blasting heavy beats, rich dark riffs from Bouras, and a resonant bass from Guy surrounding the iconic sound brought by Loun, “War” has ended this album with a bang.

One almost would not be able to tell this is Prey On The Fallen’s debut album. It’s sound is much more conditioned than a debut might normally sound. It will be interesting to see what else these guys can pull off in the future. CrypticRock gives this debut album a 5 out of 5 stars.