In the year 2007, down in Ecuador, a highly enthused and musically inclined band was forged from the streets. That band was Prime Ministers. Those not familiar with the band, Prime Ministers plays Rock-n-Roll with a no holds bar and edgy tone. The band itself was formed by lead Singer Ernesto Estrada and bass player Pedro Argüello, before drummer Chimo Solórzano and lead guitarist Shaggy López joined to bring Prime Ministers into full swing. Their debut album, Take a Ride, was released in 2008, and in 2009 their first hit single “Smoking Monkeys” reached the top ten in MTV Latin America. Now, as of October 7, 2014, the band emerged again to bring fans another full length album titled Now. Produced and mixed by Max Heyes (Primal Scream, Doves), the album title derives from the realization of the band who know how blessed they are to be doing what they love; creating music.

The album opens with “From Me,” which is an uplifting song with mellow guitar play very reminiscent to old school U2, sending off the gracious flow of this beautifully written album. Next is “Take It Back,” one of two of the singles from Now. It is a very catchy track that sounds proudly of ’70s Classic Rock, and the cheery chorus is enough to get any music lover moving on their feet. “Out of My Mind” really shows off the voice talent of Estrada, as he gives the listeners a coarse and grainy style that fits perfectly with the guitar play by López. Then there is “Revolution,” a song that should be heard by everyone because of its very unique, melodical ways. One may think it is a strange mix of Red Hot Chili Peppers with Classic Rock, providing for something fresh and different. “Bottomless High” proves every Prime Ministers song is significantly different from the rest. Giving listeners both motivational lyrics and fantastic rhythmic guitar play, it also offers a chorus to scream and chant with.

“Never Leave Again” is a song any listener can relate to because everyone has lost someone, and this is a perfect tribute to those horrible aspects in life. The tight clean vocals by Estrada will bring listeners solace with bright and cheerful lyrics. Then there is the other single off the album, title track, “Now.”This piece has a Pearl Jam feel with a slow relaxed tone embarking its way into listeners’ souls. The bluesy guitar play is an appreciated added factor of delight that complements this composition wonderfully. “Hole in the Sky” is another uplifting song that says “today is so much better than yesterday.” It is about keeping your head up through the darkest of times, and eventually you will see the light over the horizon. “Against the Wall” is an epic song that throws the audience an orchestral vibe with an easy paced guitar rhythm and crystal clear vocals throughout. The final track on the ten song album is the energetic Southern Rock sounding “Technicolor Dreams.” The classic feel is inspirational and a fitting way to end the album.

Prime Ministers’ Now album is a sound that cannot be compared to by many. It throws listeners a mix of various Rock genres and brings them together with bursts of energy and delight. Fans of the band or not, this is an album that deserves and demands to be listened to.  It is unique to what other acts are doing, and the balance of styling prove Prime Ministers have something to bring to today’s Rock scene. CrypticRock gives Now 3.5 out of 5 stars. 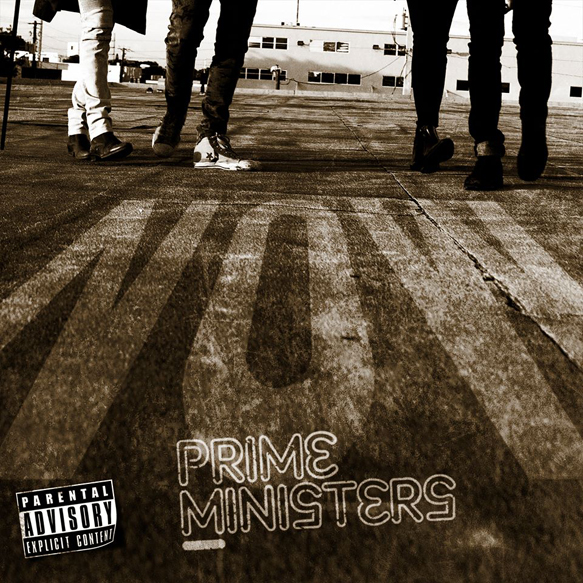