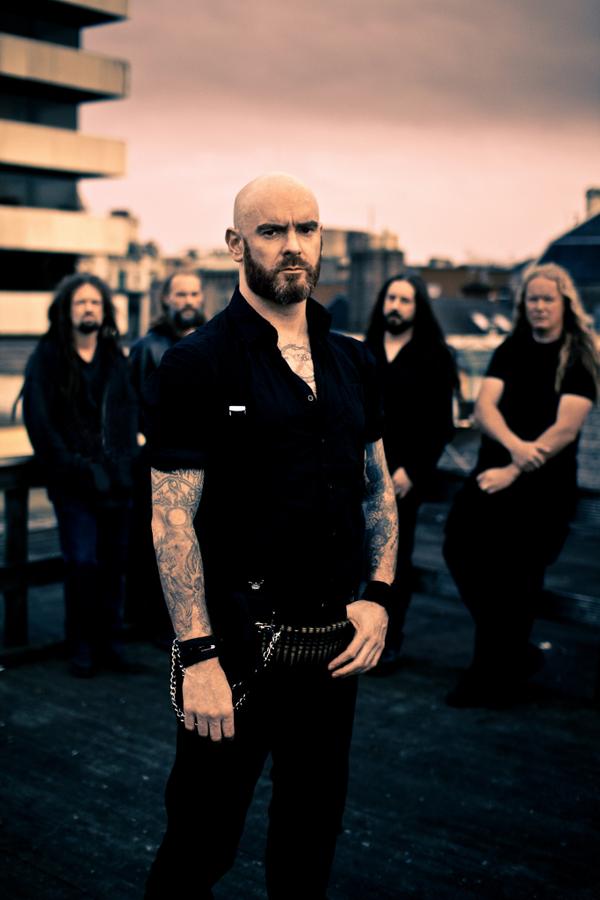 Journalists heap a ton of praise on the bands they like, heralding their latest releases like those little street kids yelling the news to passersby. Many releases they cover are but moments in time, though; captured, covered, but sometimes soon forgotten. As the years and the albums pile up, inevitably some they enjoy tend to fall by the wayside. Live long enough and this begins to happen with a band’s entire discography. One begins to distill and truly appreciate the group of musicians one does let into one’s own personal ‘inner circles.’ Like closest friends, they are always on our minds and in our hearts. Dublin, Ireland’s own Primordial has been belting out their songs for over twenty-five years now. Its safe to say that with each album they release, their voice gets louder, their impression and spirit grows stronger, and the yearning of insatiable music fans is assuaged that much more. Do not doubt it, folks, Primordial are one of those ‘inner circle’ bands you simply cannot forget. Here in 2014, amid global uncertainty, economic collapses, and the world moving ever closer to the realm of utter batshit craziness, Alan Averill and company once more cast their voices into the plenitude of madness surrounding them. Where Greater Men Have Fallen, to be released just a few days before turkey, football, and dinner-table political arguments sweep the U.S., marks their fourth release on Metal Blade records and the eighth studio album in their glorious, upwardly mobile career.

Few singers possess as riveting and commanding a vocal repertoire as Alan ‘Nemtheanga’ Averill. On the new album, his voice continues its mastery. Moving between a clean, doom-influenced bellow and a scything black metal rasp, Alan’s syrinx sounds bold as a soldier’s last stand one moment, and sad enough to tear your heart into pieces the next. With themes of loss and death, particularly the losses of nationhood, of kith and kin, and the failed promises of the bastards in charge, Primordial continues creating harrowing odes out of these bleak feelings. There is a sense of bared teeth, though, of the defiance of those who have lost everything yet still stand strong. Such a spirit is riddled throughout Where Greater Men Have Fallen. Each note and each heart rending lyric speaks to the illusions of liberty and the loss of trust, as greed and multinational interests combine to crush we the people beneath their uncaring boots. Unlike the more directly political attacks of bands like Napalm Death, Averill’s lyrics deal more with generalized tragedies, applicable to a host of times and lands and peoples.

There are no weak moments on this album. None. Each of the eight compositions is a world unto itself. The epic marching cadence that is the title track, with its superb lyrics set to a mid-paced canter, builds to a magical crescendo. Harmonic guitar leads and Alan’s crushing voice means that Primordial is further cementing their place among the all-time greats in metal. “Babel’s Tower” offers a more introspective, bardic execution. ‘Comes the Flood’ has the vintage Primordial intro of lone guitar falling into their cymbal-heavy crash-and-bang of dirge-like, elegaic beauty. It pushes the listener into Alan yelling “Traitor!!!!!!” as “The Seed of Tyrants” begins with a blast-beat, not unlike the way 2002’s Storm Before Calm began with “The Heretic’s Age.” It maintains its black metal velocity throughout, with powerful riffs and leads to wrench the heart supporting one of Averill’s best vocal performances on the album. “Ghosts of the Charnel House'”seems like a nod to some of Alan’s other work in Dread Sovereign and Twilight of the Gods, with a Hard-Rock foundation and some of his vocals pitched loud and a bit higher. There is a good instrumental break about five minutes in which has a very jamming feel to it. If the listener needed any convincing that Primordial does things the right way, with no studio trickery and very little unnecessary tinkering, this type of song is it. For some Black Metal menace, there is “The Alchemist’s Head,” done at a doom laden pace which rises and falls tempo-wise atop some excellent drum work by Simon O’Laoghaire. ‘Born To Night’ comes swept in tragedy, its introductory guitar setting a mood of an impending darkness. After the long build-up, Alan’s voice seems to stand alone. Like a clarion from amid the fallen girders of a demolished city, it caresses the shattered bricks and charred remains of a fallen people. His power is unmatched, truly, and made all the more effective by the stunning guitar work of Ciaran MacUiliam and Michael O’Floinn. The bass guitar, most ably played by Paul MacAmlaigh, gets right into the guts as well. The whole conflation of sound ushers the listener into some other realm, even as it exposes and makes plain the bloody history of our own.

The final song, “Wield Lightning to Split the Sun,” has not even played yet and already one must be certain Where Greater Men Have Fallen will be a classic. As this last track begins, one hears an acoustic strumming reminding us of Primordial’s blackened folk roots. A few years back, on 2005’s The Gathering Wilderness, Primoridal penned a song called “The Coffin Ships.” Quite possibly the most heartbreaking song ever to be articulated by distorted guitars, it begged the question. Could they ever conjure such a mood again? The answer with “Wield Lightning to Split the Sun” is yes. A journalist’s paltry words can do little to truly convey the soul-shattering atmosphere this song conjures up. Tears will fall and hearts will rend at the pain and fury in Averill’s voice, while the guitars bring us back to such moments as the soulful lead in “The Soul Must Sleep” off of 2000’s Spirit The Earth Aflame.

With Where Greater Men Have Fallen, Primordial have built upon the superb foundations of To The Nameless Dead (2007) and Redemption At the Puritan’s Hand (2011), going farther within their sound to new heights of the epic, the sublime, and the tragic. Those who pass this album and this band by, do so at their peril. Few other musical collectives can come close to doing what Primordial have made a career out of doing, and the new album is one more step forward for them. CrypticRock gives Where Greater Men Have Fallen 5 out of 5 stars. 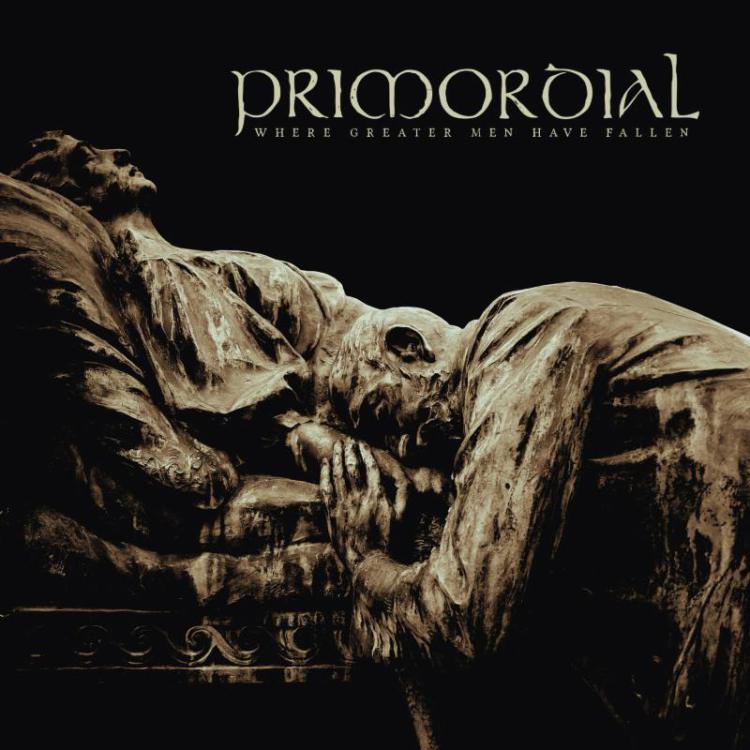