In 2017, fear of terrorists such as ISIS has never been higher. Relations between the Western world and places like Iran and Afghanistan are at an all time low. Of late, there has been a slew of terror attacks, which leaves people of all nations feeling vulnerable and living in fear. That said, every day seems to bring on new terror and reasons not to watch the news. 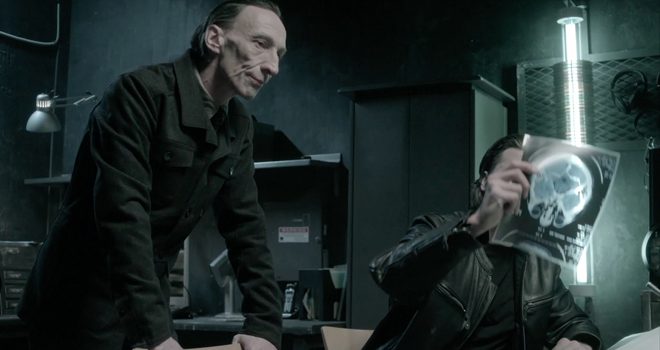 The latest Science Fiction film Prisoner X, released on VOD and DVD via RLJ Entertainment June 6, 2017, uses these turbulent current terrorist situations to their extreme limit and translate them into an explosive and disturbing story. Using the debut novella Truth by Robert Reed, Gaurav Seth wrote the screenplay and directed Prisoner X on a low budget with a small cast, but still brings a very thought-provoking film.

The story begins in January 2002 when an American Intelligence agency captured a man with a small amount of uranium and detained him as a probable terrorist in an underground facility known as The Sand Box. While there, he is subjected to horrific torture to get him to talk, but maintains his silence for some time. Eventually, the prisoner – known at this time as Prisoner X – begins to speak to Agent Fischer (Damon Runyan: Gangland Undercover series, Star Trek: Discovery series), while he is overseen by superior Agent Jefferson (Julian Richings: Man of Steel 2013, The Witch 2015). Throughout a series of interviews, Prisoner X reveals something completely different than the agency imagined.

Firstly, his name is Ramiro (Romano Orzari: Taken series, Bad Blood series), and second, he is from the future. Despite Fischer’s disbelief, Ramiro provides him with a series of coordinates which turn out to be accurate future celestial events. Not content with just this, Fischer pushes harder and Ramiro gives him information about the future the government uses as means of offensive attacks. Even more disturbing is when Ramiro reveals he came to Earth with 99 others under the guidance of terrorist leader – Abraham, a man determined to destroy the western world by reworking the past. 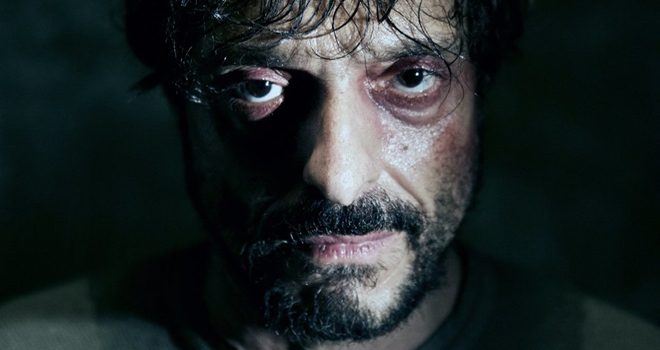 Fifteen years later, Ramiro is still incarcerated. Meanwhile, Fischer continues concentrating all his efforts into extracting as much information from Ramiro regarding Abraham, his other followers, and who America should target to stop extremism/terrorism now and in the future. This information is used by the military to dispose of future threats, but instead of having a positive effect, it has turned the world to chaos. Over the course of time, these sessions with Ramiro effect Fischer deeply both physically and mentally, and he becomes unbalanced.

Fischer realizes he needs assistance and objectivity with Ramiro and under President Charles Turner’s direct order (Nigel Bennett: Dark Matter 2016, The Strains series) contacts former lover and agent Carmen Reese (Michelle Nolden: RED 2010, Saving Hope series). Reese has been on extended leave from the agency after getting burnt out and is resistant to return to work. Despite this, a reluctant Reese arrives at The Sand Box and is immediately thrust into the strange events.

Not long after, Fischer is found dead in his room, a victim of an apparent suicide, but Reese is not convince. Reese begins her own investigation. Like all others, Reese is skeptical about Ramiro’s abilities and paradoxes. Ramiro explains to prevent a paradox when you travel back in time, you cannot change that timeline, but it creates another one. This affects the future which has yet to be written. After Ramiro shows Reese a piece of time travel equipment, his claim is irrefutable. 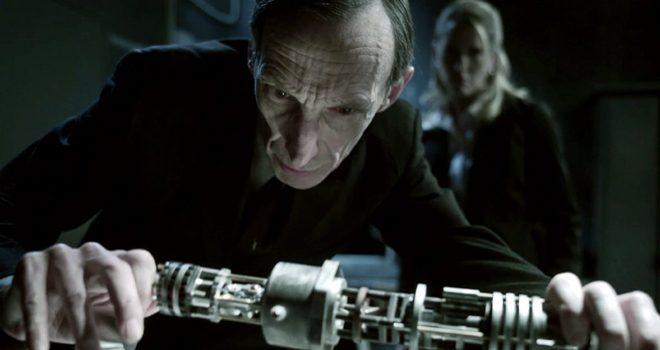 From this time, Reese has nightmares and hallucinations. This drives her to find out more, while in the meantime relations between countries worsen and an all out nuclear annihilation is days away. Time is running out for humanity and Reese enacts a variety of methods to extract all of Ramiro’s secrets once and for all. When Reese is pushed to the brink of insanity during the investigation, she is fired by Jefferson, however, it will not stop Reese finishing the job. Reese goes above and beyond her comfort zone to finally discover the truth, will it be too late or is the mind the greatest weapon we have?

The subject matter in Prisoner X is heavy, thought-provoking, and relevant. It is a shocking look into a possible terrifying future bathed in terrorism. Many big lessons to learn for society, and how vulnerable the intelligence agencies are in regards to obtaining valid intel from and absolute belief. This in mind, the film is gripping and holds the viewer’s attention from the get-go. It is not unlike 2012’s Looper or 2014’s Predestination, in terms of having the plot the main focus instead of the technology. For a small budget indie film, Prisoner X packs a heck of a punch, and for that reason, CrypticRock gives it 5 out of 5 stars. 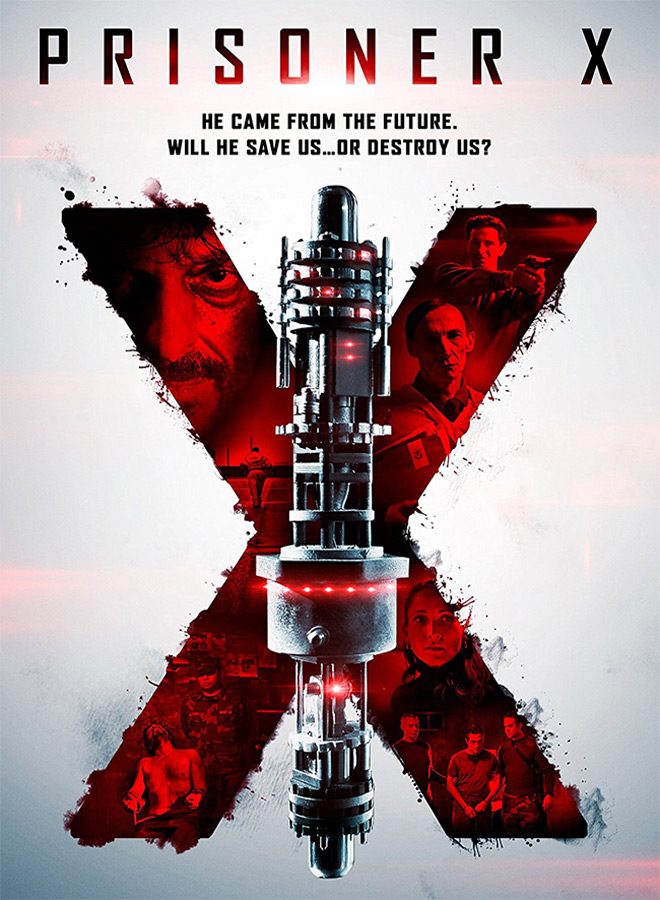