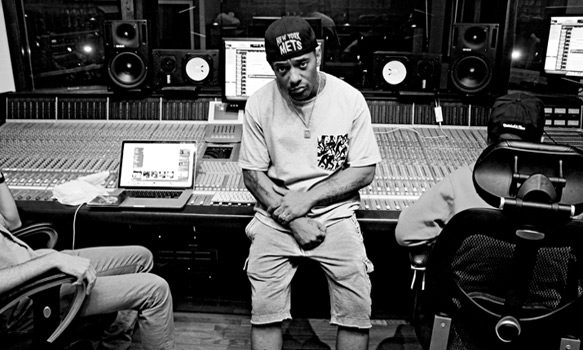 Many would argue that the ’90s were the golden age of Hip Hop. A plausible argument, Hip Hop lovers from of the era most certainly remember the 1995 CD from Mobb Deep, called The Infamous. A group made up of Prodigy and Havoc, two decades after this monumental sophomore album, both members continue to release new material together, as well as solo. Speaking of which, Prodigy is back in 2017 with fourteen new jams for fans to sink their teeth into on the concept album entitled The Hegelian Dialectic.

Born in 1974 and hailing from Hempstead, Long Island, Albert Johnson, better known as Prodigy, has roots that run deep with a love for music. Coming from a musically inclined family, his mother, Fatima Johnson, was a member of the widely popular 1960s group The Crystals, while his grandfather, Budd Johnson, is widely known as an influential musician from early 1940s Bebop Jazz. Seeming the chain of talent passed on to yet another generation, Prodigy possesses an impeccable ability to rock the mic and captivate audiences.

Dropping album after album of Hip Hop quality from the start, The Hegelian Dialectic is his eighth solo album since 2000. Released on January 20th via Infamous Records, it is filled with spacey beats and hypnotic trance-like sounds and landscapes that create a very eclectic ambience for the listener, raising the question, could The Hegelian Dialectic be his best work to date?

Starting off the journey, “Mystic” has a sampled ancient flute measure played over a very laid back beat. This mood setter allows the MC to let listeners know where his state of mind is at during this day of age. Hypnotic would be the perfect word to describe this standout opening track. Later on, Prodigy takes his aim at the current state of affairs in our political world with a track entitled “Tyranny,” one which is all about politics, government, and the unjust actions all global governments are getting away with. Dressed with another laid back beat, it sets up an easy listen for such a harsh topic. This tone is continued with more stimulating social commentary on “Mafuckin U$A.”

Not straying too far from his Mobb Deep roots, later on, Prodigy treats listeners to a throwback styled “Snakes” where he calls out to anyone who is trying to take him off his throne. With a low end thump, “Snakes” is a song of perseverance and yet another highlight among highlights. Then there is “Good Fight,” which is a very Rocky-esque song about never giving up and to keep going no matter how hard times get. An extremely relatable song for anyone at any time, Prodigy’s distinctive voice and style makes it that much more potent.

Moving on, the most impressive track on the album would have to be “No Religion.” Upon first listen, it may appear it is about no religion, however, upon further examination, it becomes clear Prodigy is talking about the current state of America. Challenging his audience, it is about a society where drugs, sex, and violence is glamorized, becoming more popular than its counterpart of conformity and peace. A compelling listen, he makes the point that violence and negativity sells. Because of such factors, when a rapper calls out to not be violent or misogynistic in their rhymes, inevitably record sales drop. A sad reality, it is a vivid reflection of the current state of American youth and what is turning them on.

Overall, Prodigy has put together a very nice collection of beats and rhymes for a nice, laid back vibe, creating a very enjoyable listening experience. Although the topics and lyrics may be things that most are afraid to discuss, Prodigy leaves the book open, never shoving any point of view down the listener’s throat, leaving it for one to make one’s own decision. A refreshing approach in a time where it appears open dialogue is feared, Prodigy masterfully raises awareness. All in all, The Hegelian Dialectic is very digestible and certainly an album that any Hip Hop fan can enjoy, young or older. For these reasons, CrypticRock gives this album a 4 out of 5 stars. 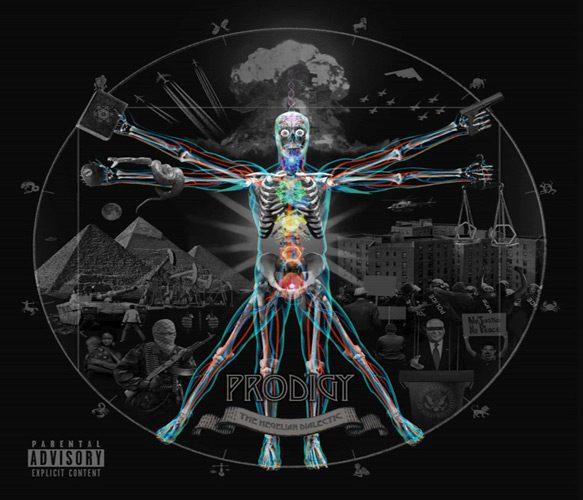