The Professionals – What In The World (Album Review)

November 15, 2017 The Professionals – What In The World (Album Review) 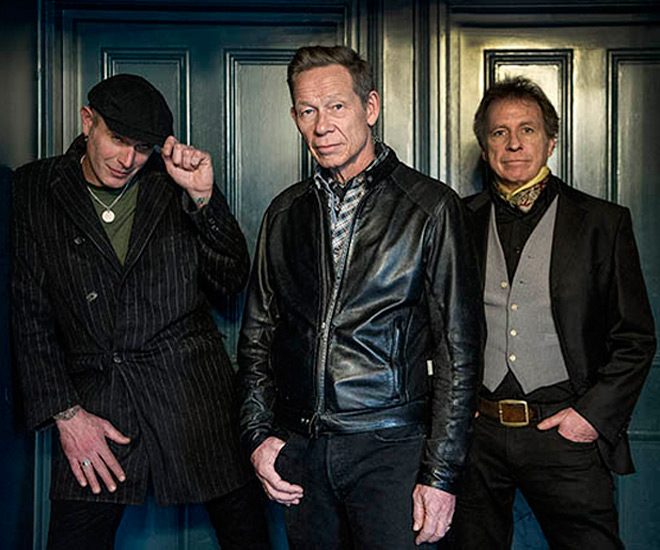 Greatness never truly dies, it just reemerges in other forms. This is the case with England’s The Professionals, who formed following the end of The Sex Pistols, initially coming together with Guitarist Steve Jones and Drummer Paul Cook back in 1979.

Fading out in 1982, following recording two studio albums, including their debut which was shelved for over 15 years, one may wonder, whatever happened to this Punk Rock firecracker? Well, celebrating the release of a three-disc set (The Complete Professionals) back in 2015, The Professionals, with Tom Spencer filling in for Steve Jones, reunited for a concert at the 100 Club in London. A special event, it sparked interest in a full-blown reformation of the band, and, as of 2017, The Professionals are back with founding member Paul Cook along with Bassist Paul Myers and Tom Spencer.

Together, they went into the studio as The Professionals for the first time in 35 years, and on October 27, 2017 released their brand new What In The World via The End/Automation Records. Working with Producer Dave Cooper, Cook and Spencer co-produce the band, reconnected to that Punk tradition born out of the chaos of bands like the Buzzcocks, and yes, The Sex Pistols. Obviously a little more mature, together these musicians bring a new level of dissention and a glaring spotlight on the screwed-up state of the world.

Caustic imagery comes together beautifully on this ten cut trip down memory lane, all while focusing on current affairs. Compelling within itself, the battery of guest guitar players is led by original member Steve Jones, who plays on “Good Man Down,” “Going, Going, Gone,” and “Take Me Now.” Then there is Guns N’ Roses Duff McKagan, The Clash’s Mick Jones, Def Leppard’s Phil Collen, Adam & The Ants’ Marco Pirroni, 3 Colours Red’s Chris McCormack, and The Cult’s Billy Duffy offering an all-star cast of Rock talent.

Rich in sonic texture, the album rips in with “Good Man Down.” Featuring both Steve Jones and Duffy, there is a strong connection to Punk Rock’s past. In fact, you can smell the sweat from London’s heyday slam dancing through the next track, lyrically sharp “Let Go,” with Collen letting lose on guitar.

Finding the space to ease-in a tribute to Motörhead’s Lemmy Kilmister and David Bowie, “Going, Going, Gone,” again with Jones and Duffy, is an Art Rock bit that fits nicely, leading into “Extremadura.” Featuring Mick Jones, as well as Victoria Liedtke, the sequencing of songs makes the record feel like an old friend. Furthermore, the coming tgether of Jones and Liedtke is a teenage rockers fantasy come true as they are dragged along willingly through the riff laden hit.

Moving on to “Rewind,” with more tight guitar work from Collen, next, “Hats Off” reminds Punk fans how badly they missed this brand of Rock. Enlisting McKagan and McCormack, it has the essence of something The Clash or The Sex Pistols may have bred with a bit of Stiff Little Fingers joining the party. Then “New Generation” pokes a stick at the bear of political stupidity worldwide driven by fear, making it another must listen.

Not at all ready to say goodbye, What In The World concludes with more guitar-driven cuts including the brilliant “Take Me Now,” which has that Ray Bradbury’s Fahrenheit 451 (1953) periscope of disillusionment. Then a darker sounding “Bad Baby” with Terri Cook follows before the Rock/Punk fusion “Monkeys,” sending this gem of a record off with a bang. With an homage to Darwin and a comparison to blind oblivion to the truth, this is a song that should speak to listeners with a head-banging agreement to revolution.

What In The World cracks open the time capsule and applies the angst and emotion today. This album is an Alice Through the Looking Glass nightmare reflection on society – all the good and ugly bits. That in mind, it is scary to say the names have changed, but not much else. An album worth of any Punk Rock lovers collection, CrypticRock gives What In The World 5 out of 5 stars. 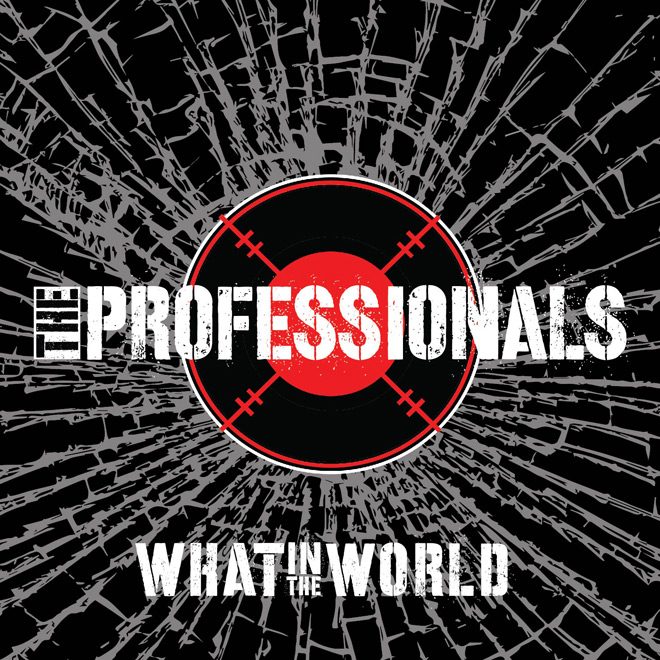 Purchase What In The World: