A Hard Rock band of all-stars, Projected is the innovation of Sevendust Guitarist John Connolly. Joined by his Sevendust mate, Bassist Vince Hornsby, Alter Bridge Drummer Scott Phillips, and Tremonti guitarist Eric Friedman, Connolly and company have been laying low for the last five years since the release of the group’s debut album, Human in 2012. Now they have returned to the scene with not just one, but two discs of music on their latest venture, Ignite My Insanity. With Connolly’s vocals at the helm, this double album has the underlying feel of Sevendust with some distinct differences offered by the songwriting and Connolly’s vocal style.

Released on July 21, 2017 via Rat Pak Records the 21-new tracks kicks off the intro “Strike,” which was mostly composed of unusual layered sounds prior to “Reload.” This song is incredibly high energy and definitely sets the pace for the rest of the record, providing a peek at what lies in store for listeners on the remainder of the album. The vocals are echoic and intense and the drum and string work are arranged for maximum impact from the start. If you looking for a song to get you hyped up, this is one you are going to want to add to your list. Its dynamic and robust arrangement is a great amuse-bouche before you get into the meat of the album.

Then there is “Faith” which features Connolly exploring the husky end of his clean vocals and offers a mellow experience that coincides with the message of the song. It is romantic and appreciative while avoiding the pitfall of being sappy and overly saccharine. The acoustic guitar sound on the track gives it an earnest feel that comes across more stripped down and less pretentious than some other more bloated love songs in the market.

Things pick back up with “Gomorrah” and the upswing in energy that comes with it. The Phillips’s drums roll and bounce, setting the pace for the track. Friedman and Connolly’s guitars take the forefront with a shining guitar solo mid-track. “Heaven Above” adds to this quickening of pace and add a groove that makes you want to move. The layering and production on the song are engaging and attracts the ear while managing not to get lost in over production. It is a good Hard Rock track that features a solid bass and respectable string work, making it a real standout on this half of the album.

Closing out disc one of Ignite My Insanity is “Only” which comes in with heavy with pure riffage and pummeling drums. It warms you up for what’s to come and then dives into the deep, heavy riffs you would expect from a group of this magnitude. Like its accompaniments on the album, “Only” is well produced, balanced, and lyrically sound, but is distinct in its depth and intensity. It is by far one of the more attractive and heavier songs on the first half of the album. In addition, it also seems to feature that signature Sevendust soul where there are moments when Connolly’s vocals almost mirror Lajon Witherspoon’s.

Getting into the second disc, the band starts with “Fire” and its rhythmic beats and layered crackling and scratching sounds. Once almost three minutes of that have lapsed, we get into the first single from the album, “Ignite.” This is a full-charge hit and has Connolly bellowing lyrics and emoting in a way not previously heard on the album thus far. Listening to “Ignite” is like being in a high-speed chase but not fearing a crash ending. It is just frantic enough quicken your pulse but rides evenly enough to cascade easily through with balance and composure.

When you get into the dirty riffs of “Call Me The Devil,” there are traces of what feels like stoner or sludge metal underpinnings in the string work. It is hollow and heavy, but not as laborious and tedious. There is a grit and grind to this song that changes up the track of the album, but does not seem to distract from the journey it is trying to take the listener on. Hearing the higher more intense end of Connolly’s screams is an interesting adventure into the raspy resolution of the singer. There is a determination and purposefulness to the grind on this track that reeks of perseverance and fortitude.

Later on, “Hate You Back” is a solemn saunter in the beginning that evolves into something more. It unwinds to become a powerful message of defiance and self-preservation. Connolly’s delivery of the lyrics in the chorus is a type of declaration of independence. He is separating himself from the thing, or person, that is weighing him down and moving on. This song hits hard on knowing when to ‘cut bait and run’ or when to consider something a lost cause. The chorus soars and the instrumentation is infectious and up sweeping. Unlike some songs about “hate” or “love gone wrong” there is something effervescent in the orchestration of this track that keeps it fresh and less angsty.

Wrapping up Ignite My Insanity is the chugging fervor of “Battlestations.” Like preparing for war, this song is an all-hands on deck adventure that holds no punches. Lyrically, it is direct and unforgiving without being unnecessarily savage or vitriolic. The derision in the tone of this track rides along for the entirety and does not waver. It is all about acknowledging a lost cause, knowing when treason has occurred and preparing yourself for battle, even if it is just an emotional one.

While there are some tracks on Ignite My Insanity that could just as easily have been excluded without affecting the overall impact, some filler was to be expected given the how busy these musicians have been and the five-year time lapse. Overall, the lengthy new album presents a positive look at what a supergroup can accomplish when everyone’s talents are utilized and given time to shine. For these reasons, CrypticRock gives Ignite My Insanity 4 out of 5 stars. 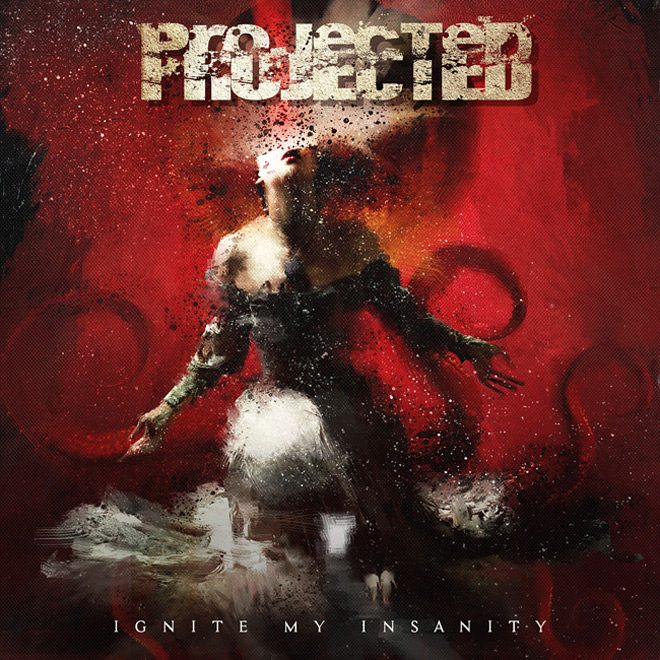