“It is better to fail in originality than to succeed in imitation,” Herman Melville once said. There is nothing wrong with the retelling of a beloved story through a remake; however, experiencing an original story for the first time is a rare privilege in the film industry. Not all first told stories will succeed. Being off the of public’s radar, they sadly remain undiscovered as they are put on VOD without any advertisement. But in some cases, a viewer will go into a movie with the lowest of expectations and get knocked off of their feet by the brilliance of the story they just watched. 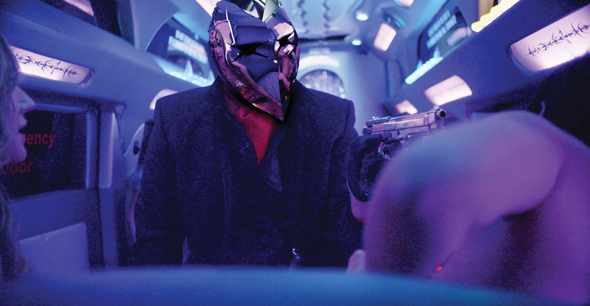 Distributed by Y!kes Entertainment, Prom Ride is the Horror movie debut for Director Kazeem Molake (Most Daring 2007, Untamed & Uncut 2008), bringing audiences an amazingly original Thriller based off true events. Molake also wrote and produced this film and based it off of a true story, changing the name of the characters and making it his own. He has a keen eye for capturing high school realism and did an excellent job creating the film’s unique, fearful situation from beginning to end. Keith Harrison (American Idol TV series 2002, A Snow Globe Christmas 2013) provides the musical score that plays a very important part in the intensity of the film. It is the characters that bring this Prom Night (2008) meets Saw (2004) story to life! The film stars Heather Paige Cohn (Bachelor Night 2014, Bound 2015), Noah Nevins (Tales of Halloween 2015, Realm 2016), Victoria Levine (Zombies vs. Strippers 2012, Dracula: The Impaler 2013), Joseph Rich (My Stepbrother is a Vampire!?! 2013, Cut! 2014), Joi Liaye (Love Escapes Us 2014, Dead Ant 2016), Deanna Pak (Smosh: The Movie 2015, Tattooed Love 2015), Byron Thomas (After the Storm 2009, In Our Closeness 2010) and first time actress Ariella Rose. 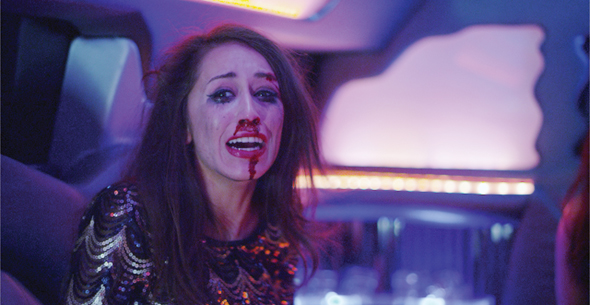 Prom Ride begins at the end of the school year with a group of eight high school friends – Alejandra (Cohn), Leah (Levine), Sienne (Liaye), Kennedy (Nevins), Junie (Pak), Parker (Rich), Priscilla (Rose), and Wale (Thomas) – preparing for their senior prom. Prom is a significant moment in most teens’ lives where they plan the night down to a tee; a dreamy date, a roomy ride, the perfect dance, an elegant restaurant, and a slow song or two to dance to. Everyone wants it to be a night to remember, and for this group of friends, it is a night they never expected in their wildest dreams. The teens gather in a fancy stretch limo to begin the best night of their lives… or so they think. Everything starts out great; good friends, supportive situations, perfect dates, drinking games, and exquisite food at a local restaurant. But after dinner, the night quickly changes into a nightmare when their limo is abruptly hijacked by a psychotic killer.

In this premeditated abduction, the killer not only hijacks the limo, but rigs it up to his liking – he has control over everything and everyone. If the seniors want to live, they must follow his rules and do anything he wants, including being put in inconvenient, humiliating, and awkward situations. As the night goes on, he will try to push them to their limits and have them turn against one another. But will making them uncomfortable satisfy his needs, or will the teens be dead upon arrival at their senior prom? By the way, who is this bizarre masked killer? 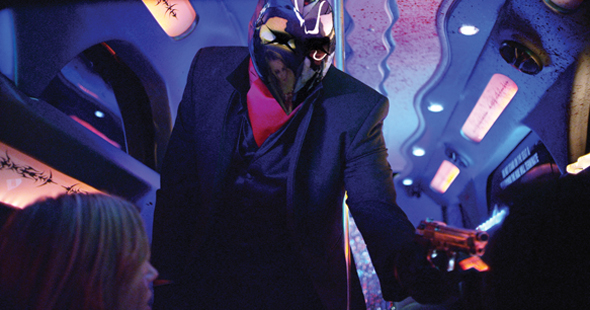 Due to be released on DVD as of March 15, 2016 via Vision Films, Prom Ride will have audiences rethinking their transportation choices in the future. For anyone who loves films where the plot and story takes place mostly in one setting, this movie is for them, as most of the movie takes place in the stretch limo. Not only is it a tense, bizarre situation that no one would ever wish to be put in, it is full of twists and turns that the audience will be sure to love. CrypticRock gives Prom Ride 4 out of 5 stars. 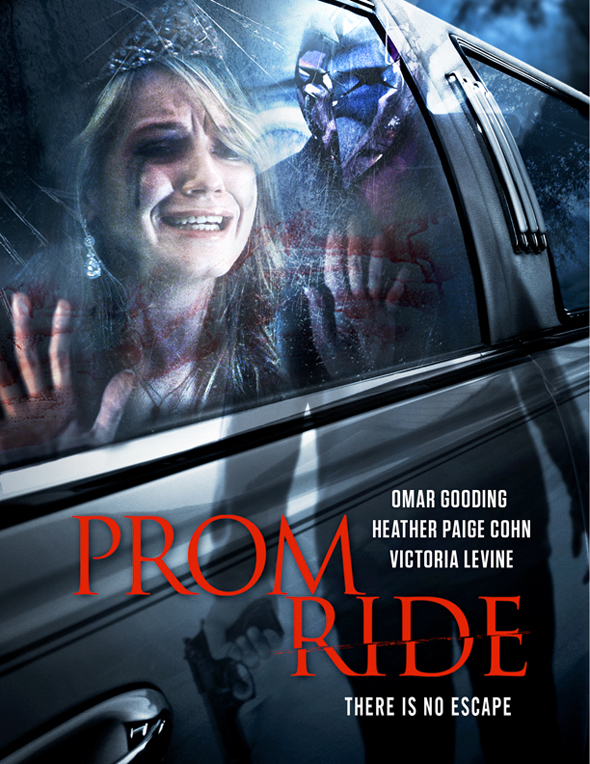