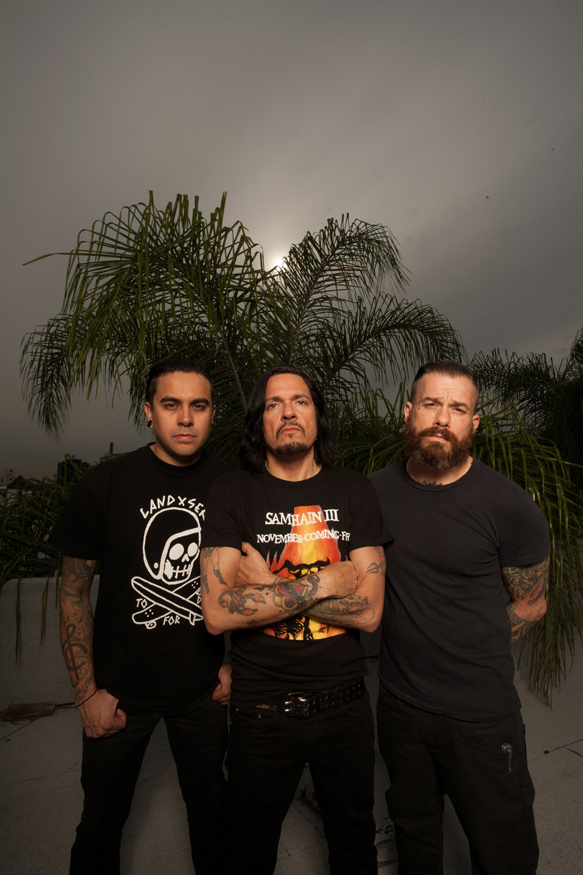 Unapologetic, brash, and packing more punch than a New York bar after last call is just a brief way one could describe the core of Prong.  They have been shaking foundations while delivering some of the sharpest riffs since ’86, and while the rest of the Metal scene has been hijacking their technique for years, fans of the band have been enjoying originality and unpredictable talent for almost thirty years. While many dare to say their 1994 release The Cleansing is the band’s defining moment, many have not taken the time to dissect the genius from not only older releases like 1987’s Primitive Origins or even more recent releases such as one of 2012’s best albums Carved Into Stone. This was always a band where gimmicks were left by the wayside, and while listeners will not see pyro or dragons, they certainly were going to get their ass kicked and like it. In the spirit of being unpredictable, Prong returns in 2015 with a new gift wrapped in brutality for their fans with their first collection of covers properly entitled Songs From the Back Hole. Granted, many familiar with Prong’s legacy know of their cover of the Misfits’ “London Dungeon,” this is a whole new sonic journey into the history of Extreme music.

It is a remarkable aspect to Tommy Victor’s history, that it somewhat started with his working days in the legendary bastion of musical movements, CBGB’s. Songs From the Black Hole could be very well marked as a homage to the artists who changed not only the playing field of music, but Victor’s own life. The album kicks off with a flurry to Prong’s rendition of British punk giants, Discharge’s “Doomsday Doomsday.” Discharge was already known for bringing out an unrelenting “wall of sound,” however, just the combination of Jason Christopher’s punctuating bass and Art Cruz’s pulverizing drums is enough to truly shake one’s senses. Few may be stunned by the follow up track, Sisters of Mercy’s “Vision Thing,” however the execution is damn near flawless. While one can talk about the razor sharp guitar arrangements coupled with engulfing bass riffs, the figurative “cherry on top” is Victor’s vocal style, driving home the point to truly carry a Punk/Goth/Metal band, one needs charisma to really bring out the atmosphere.

While the break neck speed and ferocity that Prong brings to the forefront with this collection is blatantly apparent with tracks by the likes of Black Flag, Butthole Surfers, and Bad Brains, the real trick comes in showing capability to pull off a more melodic approach. This feat has often been one of the best credits to the band Husker Du, who merged hardcore Punk and melodies long before Green Day stole the idea and ran with it. The track Prong picked to bring out is “Don’t Want to Know If You Are Lonely/” While almost comedic lyrically, this track ultimately shows exactly how so many of the modern “Punk” bands have tried (and failed) to take Husker’s idea and make it a full-fledged formula. On the bright side, Prong truly brings out their own brazen touch to the classic. The overall guitar clinic Tommy Victor puts on throughout the album is capped off with one of the most unique tracks Prong has done in almost a three decade span, a cover of Neil Young’s politically/historically charged “Cortez the Killer”. The track serves as king on an album laden in surprises as Victor delivers some of his most inspired and classic guitar work. Not many band’s would even come close to having the balls to end a regular album on this note, let alone an album of covers, but the band pulls it off in style, making the listener itch to restart the journey over again.

In an industry of formulas and Metal by numbers, Prong has always stood apart from the rest. Songs From the Black Hole is no exception in that it is unlike any other tribute album done. The variance in the style and history of each track is so diverse itself, and is an accurate history to not only some of the greatest contributors in music, but to the foundation that Prong was built on. This is one album that any music enthusiast should not only just hear, but should use as a doorway to a whole new world of music that they may never get close to again. CrypticRock is proud to give this album 5 out of 5 stars. 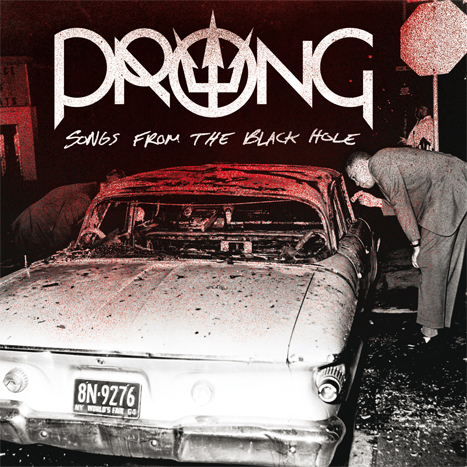