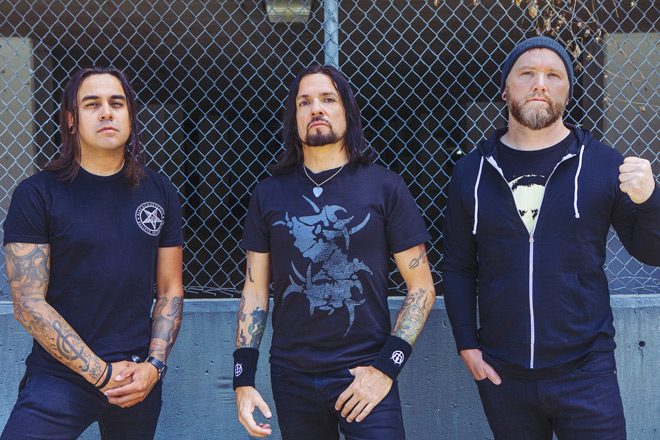 Amazingly enough, the world is full of underrated bands. While these bands have great following, sometimes they do not get the recognition they truly deserve for the influence they had on those who follow. In the land of crossover genres, Thrash including Hardcore Punk with a splash of Industrial flavoring, New York City’s Prong sets a perfect example of such a profile.

Hailing from the late ’80s, and still going strong, Prong is on fire with the release their new album, Zero Days, on July 28, 2017. Led by Vocalist/Guitarist Tommy Victor, he is joined by Bassist Mike Longworth and Drummer Art Cruz. Enduring stints as the Guitarist with both Ministry and Danzig, the guitar style of Prong suits Victor much better and is by far his greatest accomplishment as they bring fans their 12th overall studio album.

Released via Steamhammer/SPV, Zero Days is one of those albums that cannot be completely understood in one sitting. Full of complexities that may go unnoticed in one listen, further appreciation mounts after multiple listens. The unique and exciting part of Prong is that mix of Industrial with the Thrash blasts that can enlighten any Heavy Metal party. That said, it is understood that bands such as Fear Factory and Nine Inch Nails were highly influenced by this band and then found their own story within the genres.

Thirteen tracks in total, Zero Days starts out with “However It May End,” which sets the tone to a rolling force of groove driven bliss. Leading off nicely, it gives way to the strongest and most catchy tune on the album, title-track “Zero Days,” mastering the switch ups between Thrash and Industrial elements while pasting them together in a Hardcore spread. Next, “Off The Grid” runs away with the manly Hardcore while being set up with the less cleanly pitched vocals. This is before “Divide And Conquer” and “Blood Out Of Stone” dabble heavily in the Industrial and a more clean vocal realm while turning heads on the darker notions of the album.

Turning more somber, but still very catchy, “The Whispers” sways to the Industrial side again with a secretive tone. Alternatively, “Forced Into Tolerance” relies on Hardcore and Thrash to carry the brutal message. All this in mind, the pleasantry of Zero Days, which may also be the curse depending on the listener, is that no two tracks sound the same. In fact, Prong pushes the diversity among genres to the maximum balance holding on to the agenda as well as can be.

For example, “Compulsive Future Projection” seems to retain that crossover Thrash style with echo enhanced vocals as well structural grooves that dominated their previous works and claimed their popularity. Then the final cut, “Wasting Of The Dawn” may be the most Industrial enhanced on the album, dressed with pushy grooves and tactful beats. It works on a whole level, mixing and matching. As a result, it seems to be more relevant in the sense of creativity and variety than in any storytelling.

Currently touring Europe, Prong surely will make their way back to the United States to blast some tunes from Zero Days very soon. It can be debated on how well this new album measures up to 2016’s X (No Absolutes), but they are different enough to hold on their own and shine with praise in any case. That is why CrypticRock gives Zero Days 4 out of 5 stars. 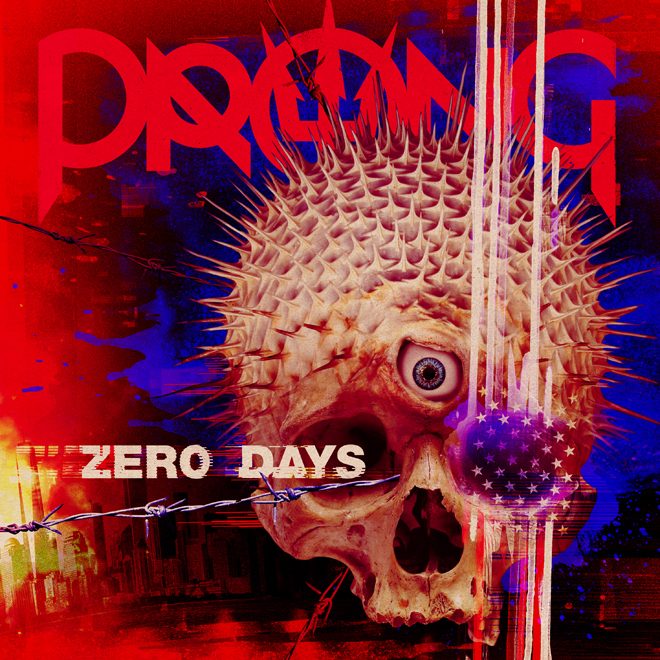