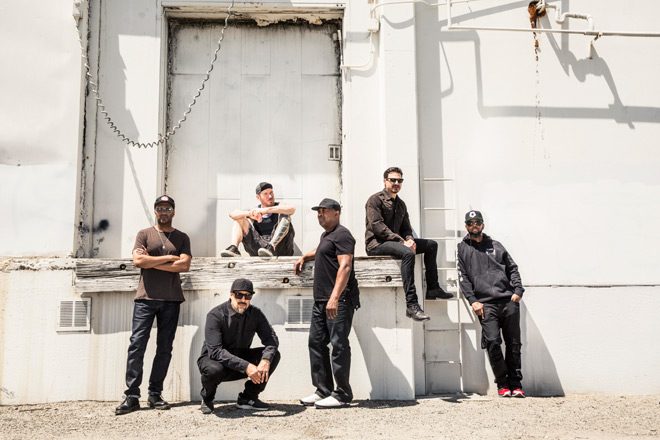 The funny little temptress that is history plays only by the manipulated rules of those in power. Wearing a single pair of rose-colored glasses is all it takes to obscure a rising ocean, Ponzi schemes, and the suffocation of self-worth. Ah, yes, the cabinet labeled ‘poison’ was miraculously unlocked and suddenly the kool-aid tastes much sweeter when chased by censors, dollars, and shark-toothed grins.

Combating such times does call for desperate measures, thus summoning the roots from where it all began: “Make America Rage Again.” With decades of experience combined, the Prophets of Rage release their debut full-length album via Fantasy Records on September 15, 2017.

Dedicating their music careers and personal lives to daily injustice—be it political, social, or anything near the likes—the sextet was founded upon a “political emergency” in 2016. Irked by a popular circulating slogan, former Rage Against the Machine and Audioslave members Tom Morello (guitar), Brad Wilk (drums), and Tim Commerford (bass) felt it was time once more, to bluntly defend a new generation, brazenly speak for those who were silenced, and authentically remind the world of its supreme retrogress.

As obvious as this next sentence should be, it still needs to be said: do not compare Rage Against the Machine, Audioslave, Public Enemy, or Cypress Hill to Prophets of Rage. They are not the reincarnation of RATM or the thick-honey alt-Grunge of Audioslave. They are not the OG beats or lacerating rhymes of Public Enemy and Cypress Hill. They are the Prophets of Rage. Do not classify, do not compare, do not worry, sit down. (But no, do not really sit down, the world is crumbling). Being heavily inspired by is in no way replicating. Yes, they play their other bands’ covers at their shows. Yes, even their band name was taken from the Public Enemy song “Prophets of Rage.” However, they are an entity of their own and deserve to be so considered.

The hyper-fueled, no-holds-barred first single “Unfuck the World” is an easy pill to swallow if you can get past the taste of truth. The brutally honest lyrics serve up a steamy plate of real-world agenda and means to wake up the sleepy sheep. This is the real deal. This is what needs to be said and the Prophets are going to say it: just unfuck the world. Please. Opening with a classic Morello riff, the song builds into Wilk’s rising hits and DJ Lord’s earworm electronic accents.

B-Real and Chuck D share rapping duties with intense furor and zealous youth. Ending with an unwavering spoken-word verse, Morello proclaims, “I’m the straw that broke the camel’s back/…the night stick that keeps cracking down/the resistance never backing down.” With an exclusive music video directed by Michael Moore to accompany, “Unfuck the World” is a seething response to the current political circus.

Then there is “Living on the 110,” a cruise along the literal highway in California where an unseen tent city lies victim to poverty and a blind eye. Commerford’s heavy groove channels chills as B-Real spits a gritty untold truth. Chuck D’s deeper pitch coats the tune with a devilishly sly edge as Morello loops into a seizing refrain. Striking lyrical gold, “Living on the 110” is a behind-the-scenes look into what is not being broadcast on the news.

Comfortably tucked towards the end, “Strength in Numbers” is the unsung hero of the entire album. Bringing back the words of every mother dropping off her kid and his friend, the song petrifies the singular mentality forging an anthem of “unify or it’s do or die/strength in numbers.” The song exclusively spotlights Standing Rock and racism protests gone deadly, allowing blunt facts to become the deadliest weapon of all. Emulating an old school R&B/Rock fusion, the song keeps its lyrically focused drive with a smear of modern flux.

Notable tracks “Legalize Me,” “Hail to the Chief,” and “Hands Up” hash out just the diversity—both in sound and content—that fans have been waiting for. From the moment the countdown bar appeared on the Rage Against The Machine website, fans were ready and willing to jump when they said jump. Although it was not the reunion most were expecting, a new presence stormed the gates of a nation needing a wake up call. Prophets of Rage are doing exactly what they came to do. Catch them on a small nationwide tour this fall wrapping up November 4th at Ozzfest. CrypticRock gives this album 4 out of 5 stars. 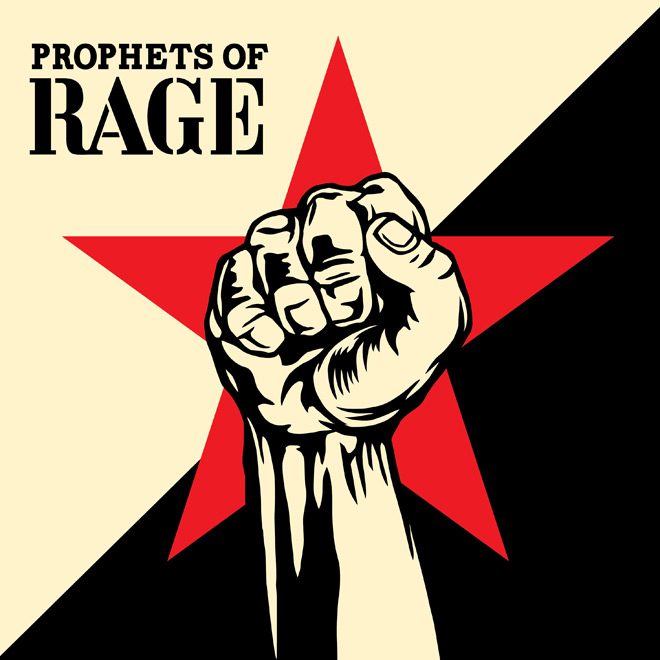