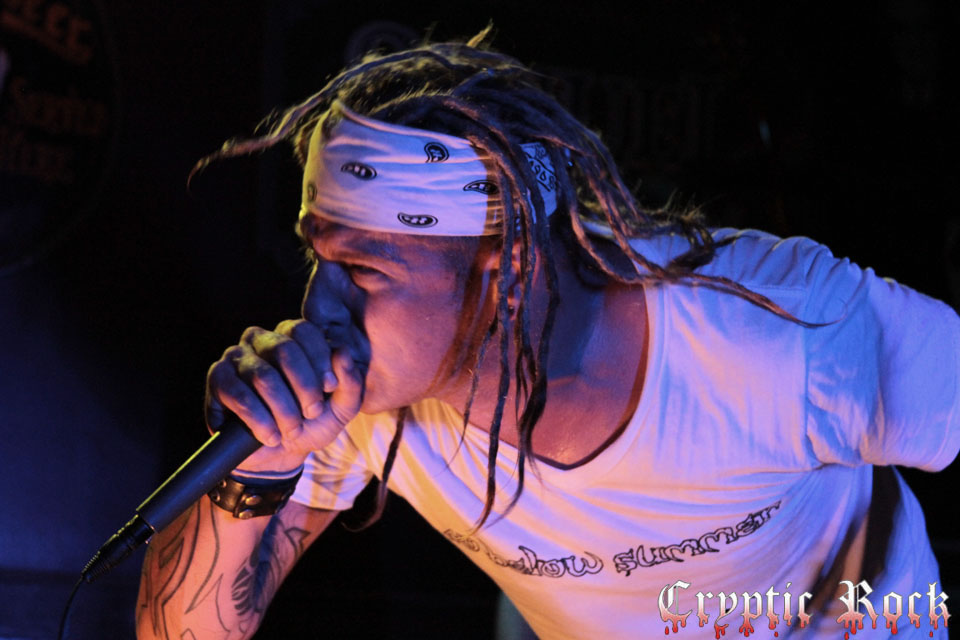 On Friday night September 6th rock bands Prospect Hill and Screaming For Silence came through to Richie B’s Bar and Grill, Holbrook, NY to rock hard.  As a pre-tour show to the Master Bay 2013 tour which will take place into October spanning all over the USA.

From Omaha Nebraska Screaming For Silence kicked off the evening with a high energy set of hard rock tracks.  Performing tracks off their debut EP Relentless (2012) the band grabbed away the attention of regulars at the bar from the Yankees vs Red Sox game for much more than a few minutes. Vocalist Zeb Christensen lead the band with a solid performance and proved to be a personality engaging those in the audience. The final moment to win the crowd over was when the band broke out their cover version of Long Island’s own Eddie Money “Take Me Home Tonight”. More than a few at the bar started to dance and sing along showing appreciation to Screaming For Silence take on the 80’s rock hit. Screaming For Silence is definitely a band on their way up and their continuing touring is building a strong buzz.

With the room already warmed up Boston area based rockers Prospect Hill hit the stage. Fresh off opening for Grammy award winning band Halestorm the night before, the band was pumped up and ready to rock. With familiar faces Adam Fithian (vocals), Mark Roberge (drums),Edgar Troncoso (bass), and John Roberge (guitar), the band welcomed their newest member 2nd guitarist Alex Huston. A few small technical difficulties with the drum kit didn’t drag down the evening. As the band waited for issues to be resolved Fithian and company performed a cover version of Stone Sour hit “Bother”. Within a few minutes all problems were solved and Prospect Hill were ready to roll. With high energy and intensity Prospect Hill rocked the bar hard. Performing a mix of tracks off Impact (2012) including stand out tracks “Townie” and “Roller Coaster”. With the new addition of Huston to the mix the guys dusted off an older track in “S.O.E.” to put his ax abilities to the test. The track is from the band’s For the Lovers the Haters and the Dead album originally featuring Tony Rombola of Godsmack. Hearing this hard hitting track live was a treat and exiting for all in attendance. The guys closed out a solid set with their most recognizable track “Come Alive” to a roaring ovation.

Prospect Hill has no doubt made a name for themselves over the years. Constant touring, a memorable track on SiriusXM Octane channel, and opening for big name acts, these guys are ready to take off. Dedication and passion is a driving force and they will stop at nothing to reach the top of the mountain. Most recently they recorded a brand new single with Long Island’s very own Mike Watts which has worked with The Deer Hunter, Adelitas Way, Saliva, Story Of The Year, among others. The new track entitled “Step Out Of Line” will be out soon and although still not heard by fans CrypticRock had the pleasure of an exclusive listen. We can tell you this, the track is intense, raw, and heavy.

Prospect Hill was absolutely ready for The Master Bay 2013 tour with Screaming For Silence after this pre-tour event. It’s clear and evident that the band has made many friends here on Long Island and found comfort in this home away from home to rock out whenever they please.

When The Screaming Starts (Movie Review)
Like the in-depth, diverse coverage of Cryptic Rock? Help us in support to keep the magazine going strong for years to come with a small donation.
Print page
0 Likes