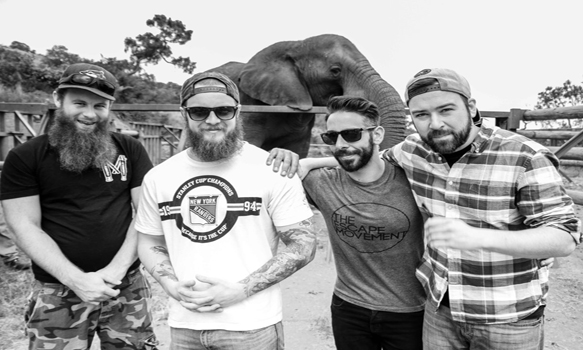 Canadian Progressive Metal band Protest the Hero has been wowing listeners with their smart, fun, and fast-paced music for quite some time now. Returning in 2016 with latest effort, Pacific Myth, the outcome is certainly no different. Originally a 6-track monthly subscription based release through Bandcamp, each song was released with its own custom album art only to core listeners. Finally, the collective EP was finally released for the public on November 18, 2016 via Razor & Tie Records

With their current lineup of Rody Walker on vocals, Luke Hoskin and Tim Millar on guitars, Cam McLellan on bass, as well as Mike Ieradi on drums, Pacific Myth kicks off with “Ragged Tooth.” A track that starts off very quick, just as quickly, it turns from fast-paced fluid motion, to almost a dead stop. Picking right back up at the chorus, the whole song feels like a fight for fluidity, which makes it an interesting listen. Next, “Tidal” solidifies why Protest the Hero is so good at doing what they do. While sounding like most of their previous tracks, there are still elements that keep it fresh. Opening with a single spoken word, everyone jumps in, almost hitting the listener like a punch in the face. Given a moment to get their senses back, it slows down a bit and begins to convey the true meaning behind the song, a message where Walker sings, “Why do we work until we’re unable? Why do we work until we die?”

Moving on, “Cold Water,” blasts off with the guitars leading the charge. Quickly turning into another wonderful start-stop time signature, it all eventually leads into an amazing drum, bass, and vocals combination. Joining back together with the guitars, they navigate their way into the start-stop time signature. Certainly the heaviest song on the EP, “Cataract” starts off with a flurry of double bass drums and insane guitar riffs. Here, Walker really stands as he channels his inner Bruce Dickinson, slaying the song with powerful voice and equally powerful vibrato.

Starting out with piano, “Harbinger” is met with guitars that get progressively louder, eventually leading up to a flurry of notes, double bass, and Walker’s voice. Possessing more screaming here than at any other point on the entire EP, it does not take away from the grace of the song, it enhances its sense of urgency. Then, ending it all, “Caravan” is an eight minute long odyssey. Acting like a master class on how to shred responsibly for the first five minutes, with the occasional pause, it does get quite tiresome. Thankfully, the tone changes and the bass takes over with keys and guitar while Walker calmly sings. Seizing with an very epic tone, the keys add a sense of depth that the track had been missing, giving the sense the band wanted a bigger scope.

Just over thirty-five minutes of new music, Pacific Myth is an EP with a lot of cool surprises, and memorable moments. Above all, it shows off incredible musicianship from every member of the band. The only downside, it leaves listeners wanting a bit more, but is that yearning not something every band wants? For this reason, CrypticRock gives Pacific Myth 4 out of 5 stars. 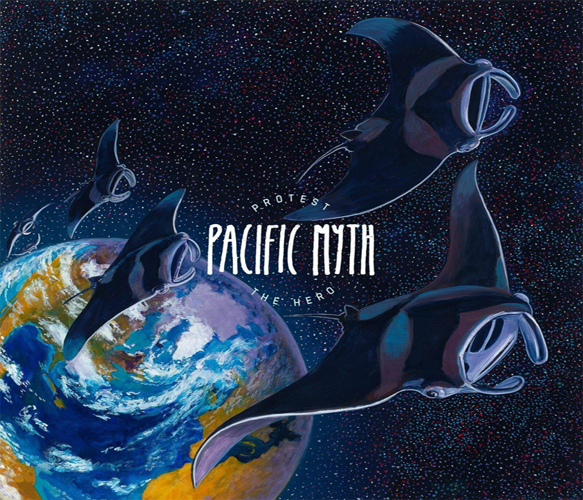