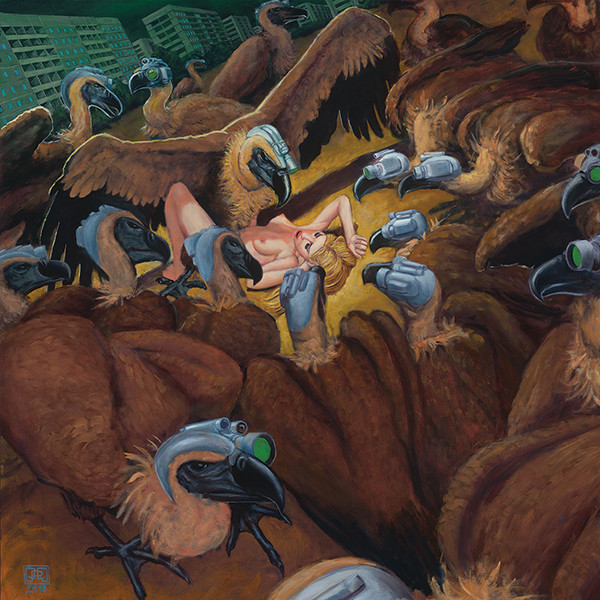 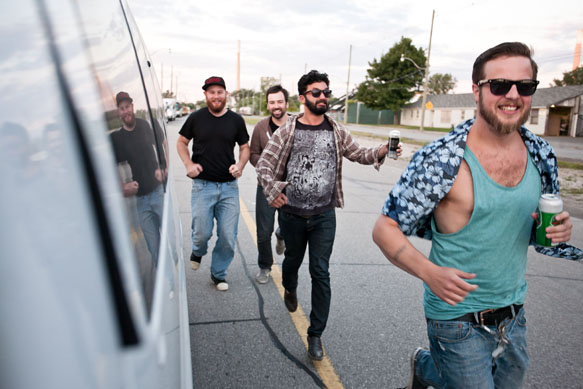 Volition is the fourth studio album released by the more popular than ever Protest the Hero. It is their first album to be funded solely through fan pre-orders and donations. It comes more than eight years after their groundbreaking first record, Kezia. Volition was recorded with Chris Adler of Lamb of God since their previous drummer, Moe Carlson, left the band to pursue an education. It is a step up from their last record, Scurrilous, which got mixed reviews by fans. During the recording, vocalist Rody Walker stated that there would be little to no post-editing of his vocals.

As a whole, the album is pretty decent, with a couple of tracks that really stand out. None of the songs are a disappointment, but tracks like “Underbite”, “Animal Bones”, and “Mist” make the album difficult to listen to as a whole. The lyrics of “Underbite” are amusing and relate-able, but Rody’s vocals are bland and the guest vocalist does not seem to fit the track. “Animal Bones” has some weird guitar riffs that seem to be thrown together.  Rody’s harsh vocals are one of the only things that hold it together… aside from the reprise of the “we are, we are, we are still life” part from “Sequoia Throne”, which does not seem to fit much.  “Mist” is a bit on the repetitive side and is perhaps the weakest track on the album. The pop-punk feel in the beginning and the Bullet for my Valentine-esque slow part right before the three-minute mark make it easily forgettable. The outro of the track is the only redeeming quality of the song.

However tracks such as “Drumhead Trial”, “Without Prejudice”, and “Plato’s Tripartite” far surpass every other song on the record. On “Drumhead Trial”, Rody delivers a fantastic vocal performance by bringing back the deep screaming that was prevalent on Fortress. The guitar riffs are better than ever, but the drums could definitely stand to be a little less repetitive. The riff between 3:07 and 3:20, however, is absolutely mind blowing. “Without Prejudice” features some melodic and complex guitar parts throughout, and the bass part from 3:10 to about 3:33 is a reminder that Arif Mirabdolbaghi is every bit as talented as the rest of the band.

“Plato’s Tripartite” is the strongest track on Volition. Rody’s vocals are better than ever, without being over-bearing. You can tell that there’s passion in his voice (especially at around 2:06 when he angrily sings through his teeth). Abortion is obviously a tough topic for everyone, but the lyrics in this song provide a very persuasive argument for the pro-choice side. Lyrics aside, the instruments and Rody’s vocal performance in general are far superior to the rest of the tracks on this album. Also, the acoustic guitar and the light vocals during the outro are reminiscent of every third track on Kezia.

Overall, Volition is a solid album, with a mix of average and amazing tracks. It definitely sounds like Protest the Hero, but it in no way matches the quality of Fortress. Unfortunately, it’s much harder to hear Arif’s bass underneath the vocals and guitars, which was also a major problem with Scurrilous. Cryptic Rock gives Volition 3.5 out of 5 stars.