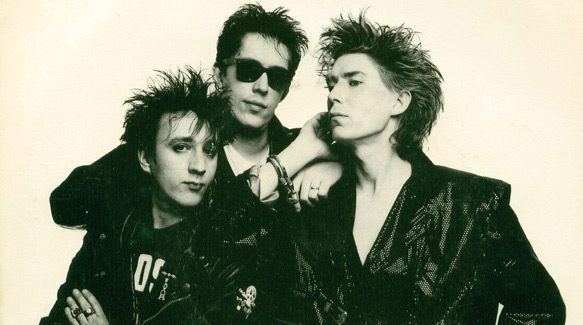 Shortsighted enthusiasts of New Wave music claim that the glorious period of The Psychedelic Furs was during the Mirror Moves era. While this may be relatively valid, commercially speaking; to dismiss the post–Pretty in Pink works of the English band is preposterous and a display of willful ignorance.

As usual, such fans were the ones who turned their backs on the band and directed their attention to whatever new sensation came their way; but on the part of the band itself, the brilliant music of Richard Butler and the rest of The Psychedelic Furs did not stop in 1986. Three more albums followed after the chart-topping success of their singles “Heaven” and “The Ghost in You,” until they went on a lengthy hiatus for the most part of the 1990s, only to reconvene in the decade that followed. Now, one of those often-sidelined albums—the band’s fifth opus—turns thirty this year, so it deserves a second chance or a reassessment.

Released in February of 1987 via Columbia Records, Midnight to Midnight came immediately after the hype of The Psychedelic Furs’ international breakthrough song “Pretty in Pink.” That was the likely reason it paled in comparison with its predecessor, which forever cast a shadow over it. The issue is not really about musical inferiority, but more so about timing; it is not too late. In celebration of its thirtieth anniversary, it is time to revisit and rediscover the darkly romantic allure, yet shimmering beauty of Midnight to Midnight.

It opens with the graceful instrument interplay of the intro of “Heartbreak Beat,” which gives it all away, the moment Butler’s familiar gravelly voice comes falling in like rain. In retrospect, this is certainly a strong song to open the album with and to be released as its first single. The engaging mood maintains its level with the equally upbeat, but more angular-sounding and guitar-driven “Shock.”

Following next in the same beat, but with a bit more driving pulse and a draping of Pop sensibilities is the horn-adorned “Shadow in My Heart.” The highlight of the album needs no further introduction—“Angels Don’t Cry,” whose melodies and lyrics are sure to have made countless of mortals cry over the years; what with the memorable introductory guitar melody, the keyboard staccato, and of course, the opening line that puts ‘kiss’ and ‘sorrow’ in the same heartbeat to bittersweet effect. Add to that, the saxophone ad-lib by the guesting Jazz-oriented musician, Mars Williams has given the song its jazzy and classy flare.

The title track carries the album’s general sense of urgency—an appropriate song to include on a playlist for a leisurely night driving, alongside the likes of Skids’ “Into the Valley,” The Bolshoi’s “Looking for a Life to Lose,” Cactus World News’ “Years Later,” and The Killers’ “Spaceman.” The mood slows down a bit with “One More Word,” yet its helicopter-rhythm guitar chugs will keep the listener to his feet.

Then there is the sweet-sour sonic sentiments of “All of the Law,” whose fuzzy guitars predate the Grunge sound that dominated the Alternative Rock scene of the ensuing decade. The slight syncopation and the choppy horn section of “Torture” serve as an ear-catcher to the listener, as the album draws close to its end. Finally, The Psychedelic Furs wraps up Midnight to Midnight with the cool and breezy instrumentation and arrangement of “No Release,” which is oozing with syrupy New Wave melodies and soulful Sophisti-Pop sensibilities.

The Psychedelic Furs’ fifth followed the heels of its successful predecessor three years after. This must have been contributory to its having been written off by many journalists and even fans of the band who have a short attention span, easy to turn their direction to the next “big” thing as offered to them by scoop-hungry sensationalists. In fairness with the band’s music, it stood the test of time, ultimately elevating The Psychedelic Furs in the pantheon of other Post-Punk New Wave pioneers.

All this said, to think that Midnight to Midnight is just a fraction of the band’s monumental contribution to the genre, despite its being only one among Butler and company’s seven-album discography, it could still stand apart on its own. Going on to attain silver status in the UK, overall, the album is their biggest Top 40 success to date. Further justifying why it is well deserving of being celebrated now as one of the must-have New Wave–classifiable albums released thirty years ago. Ultimately, Midnight to Midnight warrants another fresh inspection and consideration. 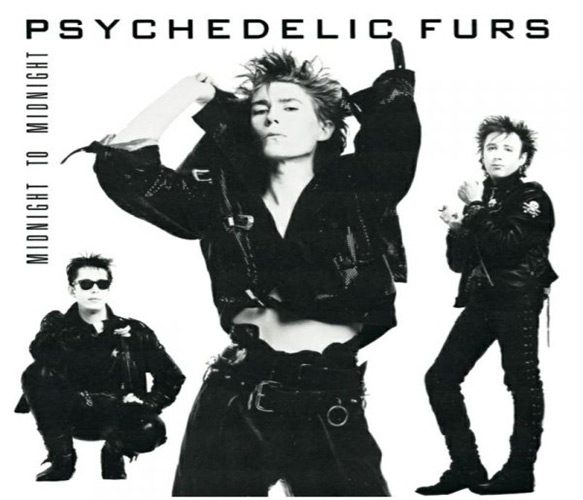