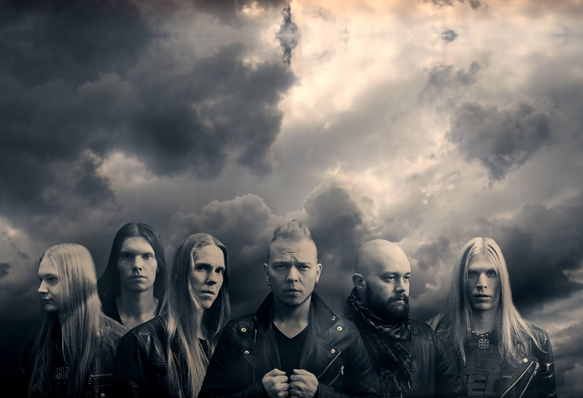 Finland has been a breeding ground for unique and talented Metal acts for years now, and one of the newest is Pyschework. Hailing from Jyväskylä, the  largest city in Central Finland, Psychework’s history goes all the way to 2012 when the founder, Antony Parviainen, heard terrible news from his doctor; he had leukemia. Formerly part of Machine Men, which disbanded in 2011, Parviainen felt that he has lost his ambition for music. Like they say, if something bad happens, something good will come out of it, and in this unfortunate case, Parviainen’s diagnose reignited his passion for music again. Writing his feelings on paper, everything he went through came pouring out, and that is how the album Dragon’s Year was born. Released on September 2, 2016 via Ranka Kustannus Oy, it is a story of fear, anger, and despair, mixing up to a million questions and thoughts in a mind of a convalescent.

Going through several lineup changes even before their first gig or recording the album, Psychework has found the right combo with former Machine Men Guitarist J-V Hintikka, Guitarist Juha Takanen, Swallow The Sun Drummer Juuso Raatikainen, former Beyond The Dream Keyboardist Otto Närhi, and Bassist Ville Koskinen. Together, they unite with the voice of Parviainen to bring life on Dragon’s Year. Beginning with “Hand on Heart,” melodic guitars dance through the air, immediately catching listeners’ attention. A ravish way to open the record, Parviainen’s voice portrays the words of a very touching story, still spiced up with hope. Then, with a more symphonic style, “Bullet with My Name” posses a catchy melody while covering a horrifying narration from Parviainen’s sanatorium. Quiet striking, lyrically and musically, it is disturbingly ingenious, and in some unexplainable way, it crawls inside your thoughts and enthralls over and over again.

Picking up the pace a little, “Tide” jumps in with some speedy guitar work before settling into an imaginative and melancholic piece. As Parviainen’s voice soars high, he projects a sound that immediately connects listeners to his sorrow. Meanwhile, the guitar solo hits all the right chords, making it a very powerful song. Then comes “Keep the Flame;” a bit slower, darker, but no less colorful. The secret to this track is the range it possess in the melody, going from rage to serenity, making it a very beautiful and deep listening experience.

Offering the first true ballad of Dragon’s Year, “Barricades Won’t Fall,” while emotionally striking, tells the listener to believe in hope and fate. Between the strings, piano and Parviainen’s soft delivery, it is bound to give anyone chills. Keeping the story going, “Vale of Tears” jugs in with heavy guitars before the epic “Tear of the Phoenix,” which shows off the variability of Parviainen’s strong voice. Sensitizing even the coldest-hearted listeners, it tells a dramatic story within the music itself before Parviainen narrates a tragic tale of falling and finding renewal. This is before the album concludes with the title track, “The Dragon’s Year,” conveying all the emotion that comes to those battling severe illness. These emotions turn from fear, to anger, and now sorrow, but still, Parviainen offers a glimmer of light through it all, making for quite a dramatic listening experience.

Knowing the story behind Dragon’s Year gives it special depth and makes it genuinely very touching. It is an album one will want to listen to again and again. Listening closer each time, the more touching it becomes and the strong diary-like lyrics will no doubt brings tears to listeners’ eyes. Those extremely touching lyrics combined with rocking melodies create a unique experience, which is the reason this album is not a disposable, but something that stands the test of time. Very Bruce Dickinson like vocally, Parviainen’s style is still unique, with a certain melancholy twist entwined. That said, fans of Machine Men, or just spirited Heavy Metal, need to check out Dragon’s Year. Already having sights set on another new album, Parviainen’s Psychework is a must listen. CrypticRock gives this successful debut 5 out of 5 stars. 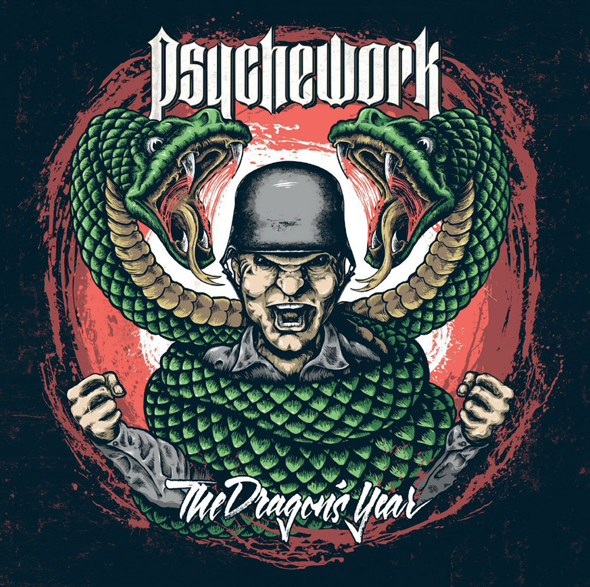 Trivium – In The Court of the Dragon (Album Review) The 69 Cats – Seven Year Itch (Album Review)
Like the in-depth, diverse coverage of Cryptic Rock? Help us in support to keep the magazine going strong for years to come with a small donation.