Until 2016, there were no plans for The Punisher to have his own TV series in the Marvelverse, but when the performance of Jon Bernthal (The Walking Dead series, The Wolf of Wall Street 2013) as a guest in Daredevil season 2 was so well received by fans and critics, a standalone Punisher show was fast-tracked for a 2017 release.

This was a big moment for long-time fans of Marvel’s favorite antihero. With a history of Punisher movies that were mediocre at best, could this finally be the screen adaptation they have been waiting for? The answer is a resounding yes! There is a lot to say about the latest Marvel Netflix series which came with 13 episodes ready for streaming as of November 17th. From the performances, to the writing, and more, overall, The Punisher might be the best Marvel series yet. 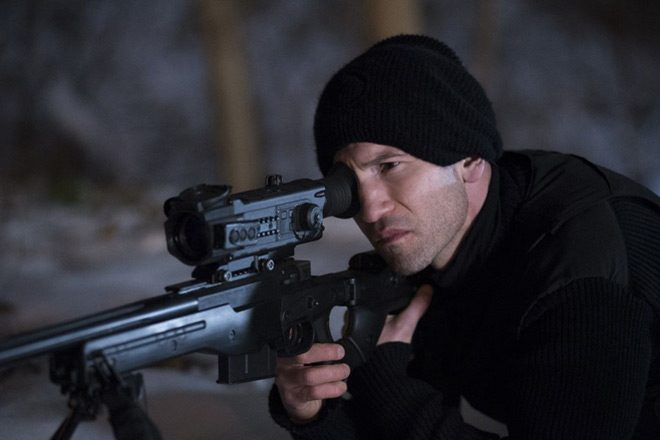 Even if you are not familiar with the rest of the Marvelverse on Netflix, you can jump right in and not be lost. The key information you need is given. Frank Castle is a former special forces Marine who went on a criminal-killing rampage the year before and was brought to trial. He was jailed, escaped, and believed dead by the police and public before taking up his quest again.

Castle is shown to be living under an alias, working a low-profile construction job where he is aloof and relentless in his work. Little does he know that he is being surveilled by a mysterious figure, another man believed dead and living off the grid, who needs his help. After being outsmarted into meeting the man, known as Micro, he learns that Micro has information about both of them that could lead to their exoneration. Frank finds a new direction for his revenge – one that points back to his military service, and the events that led to the deaths of his family.

The other major storyline focuses on Homeland Security Agent Dinah Madani, who is investigating the death of her former partner. He was killed while investigating a covert heroin smuggling operation led by a high ranking member of the CIA. Castle, Micro, and other characters in the series were all involved in this operation in some way, and the journey to the resolution is a slow-burn story that has depth, excitement, and a thoughtful examination of PTSD and the challenges facing veterans trying to readjust to civilian life.

For people who do not know about The Punisher, he is the epitome of the anti-hero. Yes, he does kill criminals relentlessly and has a strong sense of justice, but he is a legitimate psychopath and a very flawed human being. He lacks any sense of peripheral vision in his goals, and because of this his actions can greatly damage the lives of anyone around him or his targets. He has limited capacity for attachment, which is good for the world around him, but not so much for his mental health, which is always in an awful state and gets worse as the series goes on. 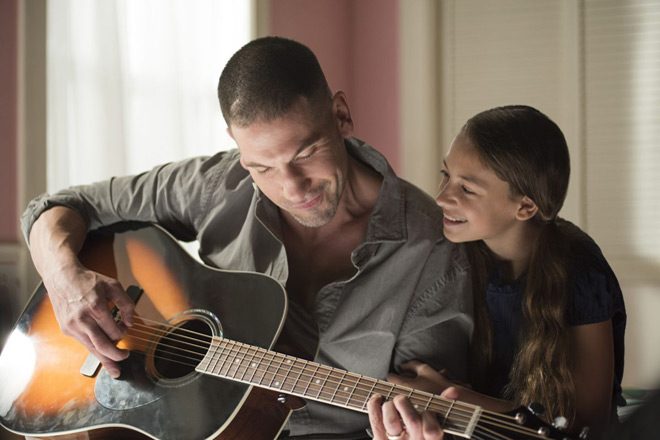 And that is one of the key themes of this series. The Punisher does not shy away from mental illness associated with PTSD at all. Instead, it has several characters besides Castle who all suffer from it and examines the different ways they deal with it, and the ways that proper help is not always there. There is Curtis Hoyle, a retired Navy SARC who runs a local support group for veterans. There is Billy Russo, Frank’s former squad mate and friend, who never truly left the game of war and runs a private military contract company. Furthermore, there is Lewis Wilson, the youngest of them, whose mind is in such a state of frailty that at every moment he seems on the precipice of exploding in fa it of unfocused rage.

The performances are excellent. Jon Bernthal is one of those casting choices where you know they found the perfect person for the roll. He channels Castle’s rage, depression, determination, and even tenderness in a way that humanize him against the portrait of a one dimensional maniac. His facial expressions and body language convey so much emotion at all times that we understand Castle never really rests and is always in a state of fight or flight. Whether a viewer comes away convinced of his humanity is not the point. What matters is that the character is there for all of us to explore, and tests us on how far we think that vigilante justice we’ve all been guilty of wishing for at some point should go.

Agent Madani is played by Amber Rose Revah ( Emerald City Series, From Paris With Love 2010) and is very solid in her role as a woman who is as driven and capable as any character in the series. She, like Frank, has a very narrow view and focus, and although she is on the side of the law, is not above using unorthodox or even underhanded means to find out who killed her partner. She knows her actions will jeopardize her career, but does not hesitate for a second despite that. 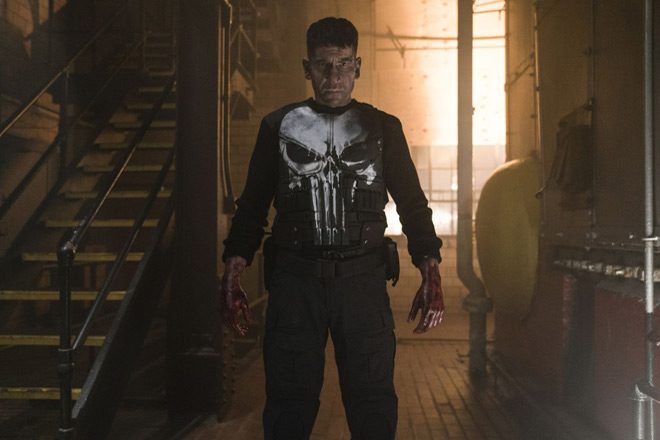 Micro is played by Ebon Moss-Bachrach (Girls series, Gods Behaving Badly 2013), a technical genius in hiding who knows the secrets of the heroin operation, but cannot return to his family who believes him dead without certainly marking them for death. Instead, he painfully watches their lives struggle on without him through the cameras he set up in the house that are networked to his hideout. A mention must also go to Daniel Webber (11.22.63 series, Sleeping Beauty 2011) as the young, traumatized veteran Lewis Wilson. He is the biggest standout of the supporting characters and is very convincing as a troubled person who you want to help, but you think any action could trigger a ticking time bomb, regardless of intent.

The show’s pace might be a bit slow at times for those seeking a metric ton of vigilante violence, but the series is a bit more of a character drama than an action series. There are plenty of actions scenes in the right spaces, but don’t expect a shootout every episode. The action, and the level of violence, scale with the story resolution, and by the climatic scenes of the final two episodes, both hit levels of high intensity. This is easily the most violent of the Marvel Netflix series so far, though the scenes that make it so are not numerous. Like its attitude of not shying away from mental illness, it does not shy away from violence.

Overall, The Punisher is everything fans had expected it to be and more. It portrays the right amount of sympathy for a divisive character, but never strays from who he is. It treats some of the issues returning veterans face with respect, and smartly does not place blame but tries to find a path to healing that Frank must walk in the end. The acting is strong, the writing is quality, and the action is fierce. After decades of disappointments and disillusionment, we can finally say that we have a proper Punisher on film. CrypticRock gives The Punisher 4.5 out of 5 stars. 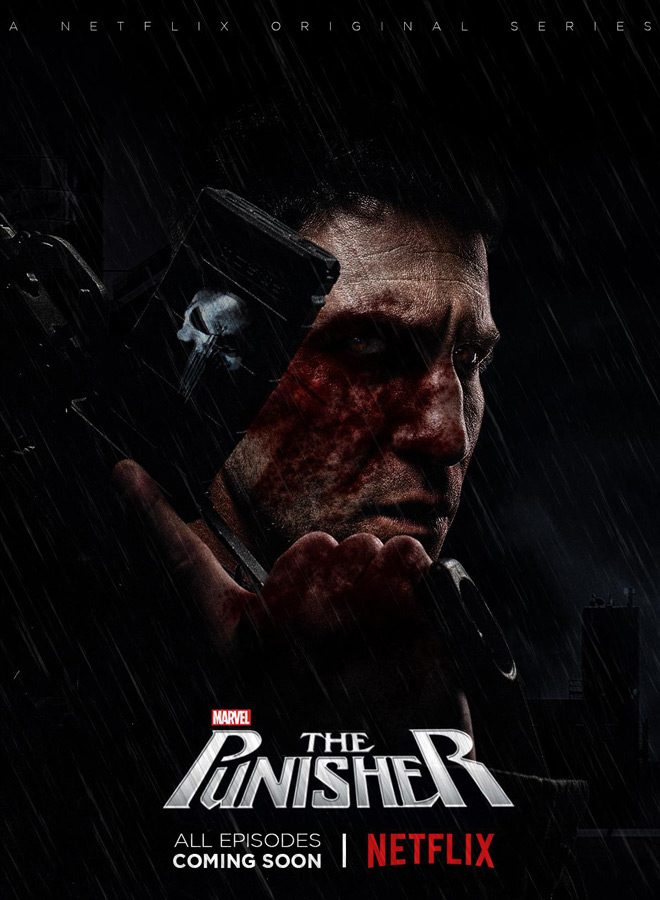 For more on The Punisher visit Netflix

Creepshow (Season 2 Review) Motörhead: The Rise of the Loudest Band in the World (Graphic Novel Review)
Like the in-depth, diverse coverage of Cryptic Rock? Help us in support to keep the magazine going strong for years to come with a small donation.