Making its way to DVD and VOD on Tuesday January 23rd via Synergetic Distribution, Punk Fu Zombie is one of 2018’s newest Horror Comedies and it is definitely one of the campiest. Don’t get discouraged: campy is not a bad thing when it comes to Horror and Zombie Horror at that! Then you add in a pinch of Kung Fu and its bound to be one of most satirical flicks to hit the screen since 1987’s Bad Taste. 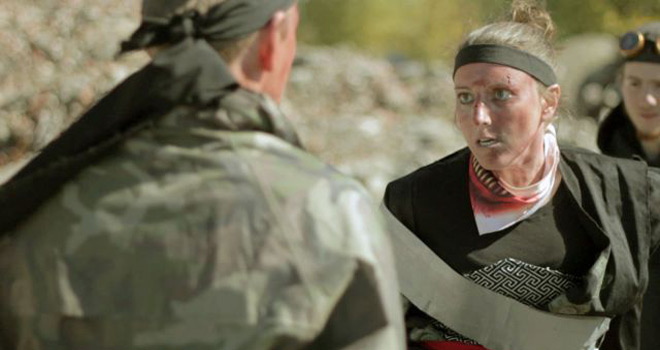 Filmed in Montréal, Québec, it stares Xavier Dumontier as Zak and Kim De Falc as Lilly in their acting debuts, along with Stéphane Messier (Welcome to Montréal 2017, Seventies 2017) as Charles, Punk Fu Zombie is also in French, so if you do not speak the language, prepare to read subtitles. Set during a post-apocalyptic zombie war and follows Zak, a young, would-be soldier whose role in the upcoming prophecy and the Quebec-Canada revolution is dire. His dad will stop at nothing to make sure his boy does what is expected of him, though Zak isn’t having it. When Punk Fu ninja clans come into contact with the feeble Zak and turn his world upside down, will it really be the end for the Quebecers?

First thing is first, when it comes to Horror, camp, satire and zombies all work wonders. Furthermore, usually foreign films are a staple in any great Horror collection, as they provide an unhindered look at the world and what the people throughout it are capable of. Unfortunately, even though Punk Fu Zombie shows originality and undying enthusiasm, the storyline is difficult to follow due to a choppy script. You go from watching zombies getting murdered to a ridiculous sex scene that has nothing to do with the film at all. 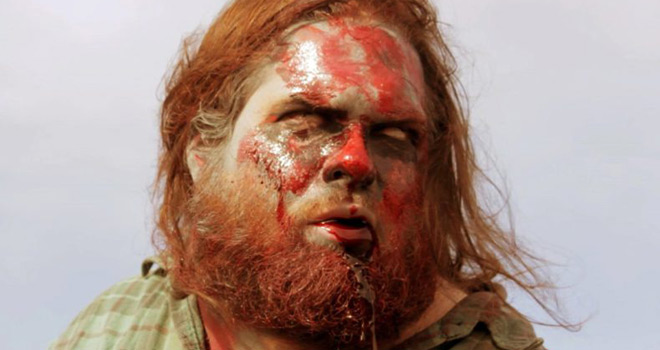 Scenes switch at random from Zak talking back to his dictator father to zombies taking down the populous (which, by the way, is neither cataclysmic or climactic). A dramatic struggle between father and son is always a great addition to any story, as it seems to have invariably dire consequences; power struggles always end horribly and this is no different. Unfortunately, the choppiness of this script allows for a de-emphasis of material that should, instead, be a focus to propel the story forward like the bloodthirsty zombies.

Of course, it is important to remember that Punk Fu Zombie is meant to be taken as a joke, almost like a parody of 1979’s Mad Max (1979) and 2008’s Doomsday. Which works: you gotta love parodies! However, there is a fine line to walk here and, when you blend a dash of the paranormal and possessions into the mix, now that line has been crossed. If there is anything that True Blood taught us, it is that sometimes too many characters in a small radius can be overwhelming! Despite all of this, if you have never been exposed to the art of campy b-rated Horror movies, then you are missing out. This subgenre of Horror is the best exposure for a newbie: it gives you a realistic view of what Horror is without all the glitz and the glamour of computer special effects. 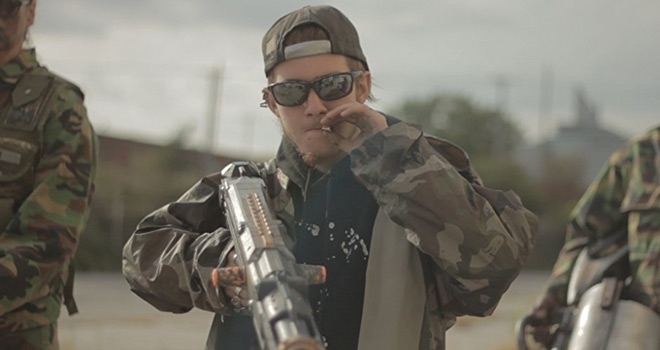 The movie being dubbed and appearing as atrocious as early Kung Fu films does serve to help the film’s title and campiness, sure. Unfortunately, Punk Fu Zombie‘s plot is too chopped and too overflowing with characters to fully hold the viewer’s interest. Very much an attempt at mish-mashing and parodying films, Punk Fu Zombie dips its toes into too many areas and fails in the bulk of what it is attempting. The end result is a film that fails to communicate its dire situations, feeling comedic rather than cataclysmic, but that is more than likely the whole point. For these reasons, CrypticRock gives Punk Fu Zombie 2.5 out of 5 stars. 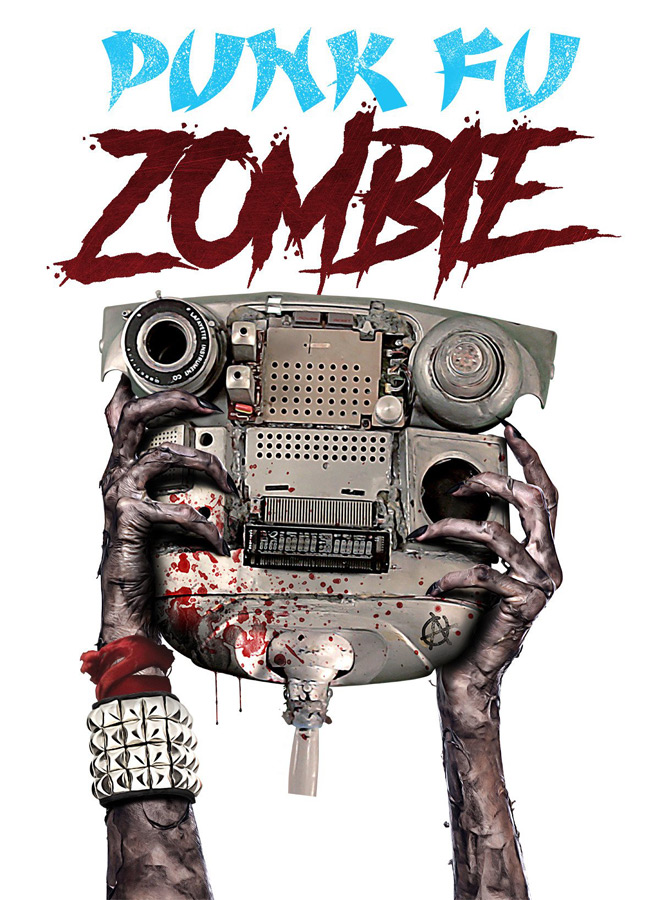