A Puppy for Christmas (Movie Review)

Many of us grew up with just one childhood Christmas wish: please, Santa, bring a puppy! Sadly, jolly ‘ole Saint Nick cannot deliver a dog to every home, so some of us are left to grow up, make lives for ourselves, and eventually, be our own best Secret Santas to make that lifelong wish come true. Step into the life of one woman who did just this with A Puppy for Christmas, a Christmas Romance that arrived to DVD on October 24, 2017 thanks to Monarch Home Entertainment. 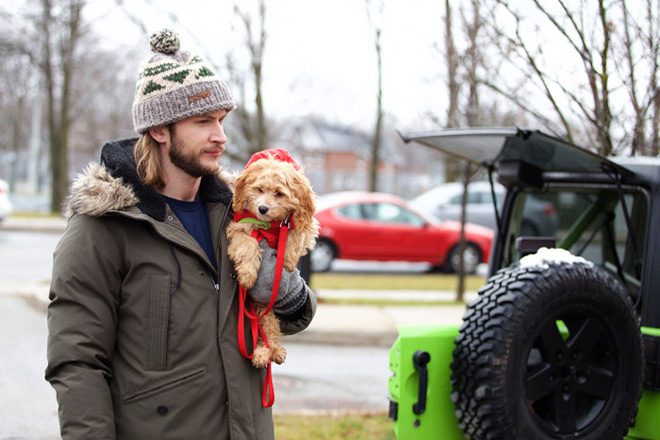 Noelle (Cindy Busby: Heartland series, The Big Year 2011) is a thirty-something journalist who is toiling away behind a desk at Trendy Life magazine, working hard on her first-ever feature and hoping to one day make cover story, as well. Every year since she was a little girl, she has wished for a puppy and, while she has had fish, turtles, and a cockatiel, Noelle has never known the joy of puppy motherhood.

As Noelle celebrates her fifth year and prays for a mistletoe proposal from yuppie boyfriend Todd (Christopher Russell: Land of the Dead 2005, Merry Matrimony 2015) – who is allergic to nearly everything and uptight about the rest – Noelle decides to prepare him for a future family and gift herself a hypoallergenic Cockapoo. Unfortunately, nothing goes according to plan and she quickly finds herself boyfriend-less, as well as homeless.

When a co-worker at the magazine, rugged adventure-columnist Liam (Greyston Holt: Once Upon a Time series, Bitten series) discovers Noelle sleeping underneath her desk one morning, he takes pity on her and Buster – aptly named for his destructo, Tasmanian devil-like abilities – inviting them to accompany him home for the Holidays. 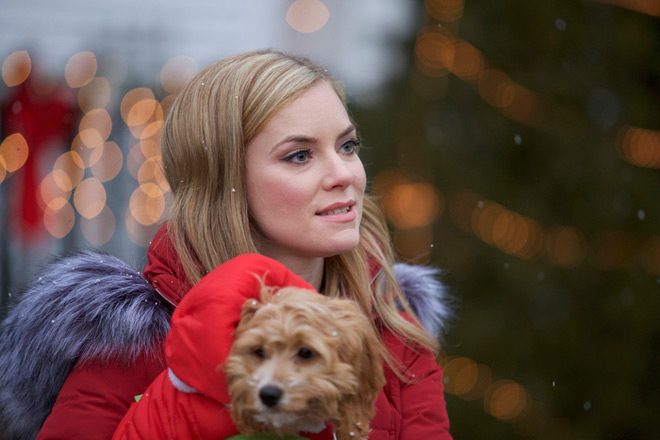 With no other options before her and with her job hovering on-the-line, Noelle turns to the friendly man. As Liam’s Jeep – complete with festive red nose and antlers – travels through the deep woods, the city slicker will discover that, buried underneath several feet of snow, is the family Christmas tree farm, a sprawling, gorgeously country homestead that is aglow with Christmas lights and family cheer.

At the farm, kindly Gramps (Derek McGrath: My Secret Identity series, Doc series) and Liam’s wonderfully wacky sister Joyce (Allison Price: Suburbanite 2010, Everything’s Fine with Sandra and Jeremy 2015) await the pair’s arrival with moonshine and some seriously schnazzy Holiday sweaters. As Noelle slowly acclimates to country living, back home, Todd is realizing his horrible mistake. With her career on-the-line until she finishes her feature piece, Liam’s relationship with fiancée Jessica slowly devolving, and little Buster tearing and shredding his way through December, the pair of journalists will come together to make the best of a bad situation with dog-sledding and egg-nog, the Aurora Borealis, Gramps’ sage wisdom, snowball fights and, always, that little rapscallion puppy.

Shot in the gorgeous Horseshoe Valley and Barrie, Ontario, Canada and clocking in at 87 minutes in-length, A Puppy for Christmas was directed by Justin G. Dyck (Monkey in the Middle 2014, Operation Christmas List 2016) alongside Myles Milne (Showdown at Dusty Springs short 2012, Dyspare short 2017), and written by Melissa Rundle (Frozen in Time 2014, Love’s Last Resort 2017). A Puppy for Christmas can be billed under a multitude of festive banners, including Family, Comedy, Romance, Christmas Romance, and Rom-com, though it is likely to appeal most to lovers of Romance and puppies. Additionally, it stars Victoria Snow (The Last Hit Man 2008, Taken series), Grant Roll (Off Your Rocker 1982, Cold Comfort 1989), and Toya Alexis (In Too Deep 1999, The Pacifier 2005). 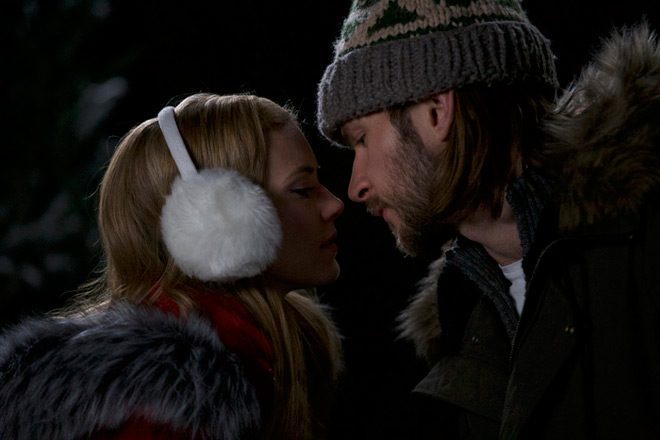 As with the majority of Christmas Romances, A Puppy for Christmas is largely predictable, somewhat cheesy, but ultimately heartwarming and, yes, romantic. Unfortunately, the characters throughout the script are largely common film tropes: the smarmy, yuppie who only cares about himself; the ruggedly attractive outdoorsman; the protected city girl who’s never worn flannel and schleps her dog around in a designer purse; the sassy sister; as well as kindly and wise grandfather. While Russell’s Todd toes the line into ridiculousness and Busby’s Noelle can be borderline dippy, the majority of the cast do an excellent job with their somewhat limited roles, breathing a passion and fire into their characters that translates to the screen. To Russell’s credit, though, he is somehow able to consistently smile and never have the action reach his cold, beady eyes, which, ultimately, adds to his uppity character.

Ultimately, the moral of the story is to never tolerate a man who will not shower your puppy with kisses, always be yourself, and, whenever possible, embrace the unexpected! A wonderfully sweet little Christmas Romance that tickles the feelers and lights up with love and family, A Puppy for Christmas is an enjoyable little film to accompany your hot cocoa and stocking-stuffing. Next time, however, let’s make the puppy a shelter dog, okay, folks? Always adopting and never shopping, CrypticRock give A Puppy for Christmas 4 of 5 stars. 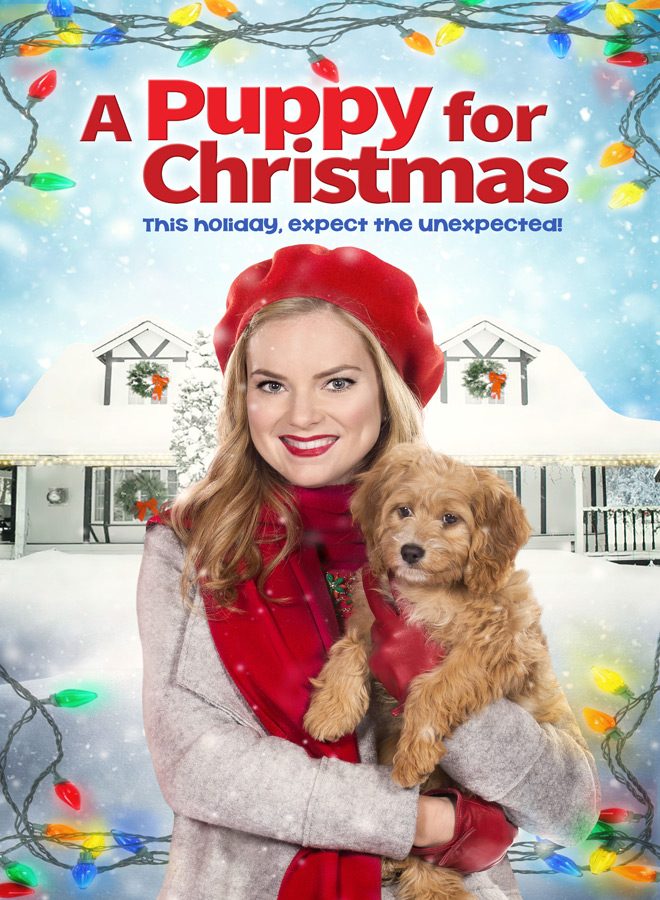 Purchase A Puppy for Christmas: