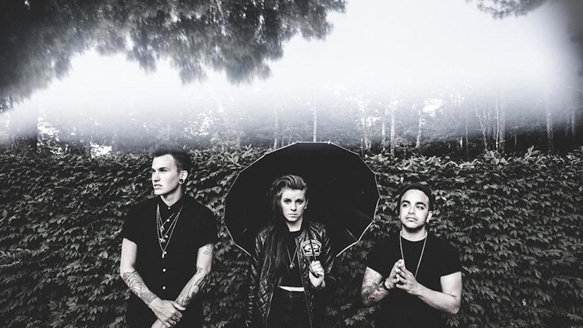 Formed in 2012, in Lowell Massachusetts, the band Pvris (pronounced Paris) has made an astonishing uprising in the past three years. Initially begun with four members, Lyndsey Gunnulfsen (or Lynn Gunn- guitarist,vocalist), Brian Macdonald (bass), Brad Griffin(drums), and Alex Babinski (guitar), the band turned into a trio, following the departure of Griffin. Interestingly enough, the band was meant to be a more Metalcore act with screaming vocals when ideas first began to conjure. However, when the band started going into studios, their sound changed drastically, and perhaps into something so much more. Their sound was still Rock, just not heavy, with elements of Pop and even a little of Electronic, creating a very unique and different style.

On March 26th, 2013 the band released a self-titled EP, which has been described to be a Post-Hardcore sound. Shortly after, the band turned down the volume and slowed things up with their self-released Acoustic EP in 2014. In June 2014 the band signed with Rise Records and in November of that year released their debut full-length album, White Noise. From posting new music videos, to going on several tours before the album was released, the band Pvris was getting bigger by the second with everyone compelled to listen to White Noise.

The White Noise album not only hits the listener’s emotions, but it makes them want to dance like there is no tomorrow. Many of the tracks deal with themes of supernatural and haunting spirits. The album starts off with the track “Smoke,” which is great way to beginning and show everyone what Pvris is. “Smoke” consists of a strong bassline sound as Lynn has soft vocals at first, but tense yells as the beat kicks up. Then there is “St. Patrick” and “My House” which have the catchiest melodies off the whole album. Both songs liberate Lynn’s extraordinary vocals, dark lyrics, upbeat rhythms, and her passion. The track “Holy” is a slower tempo and Lynn does a great job in hiding bitterness behind her angelic vocals. The song mentions questioning of one’s religion with striking lyrics, “Yeah you put on a faith façade / Think you’re holy when you’re not/ I hate to break it to you baby/ but you’re simply lost.”

Moving along, the album title-track is next and not does this song have a fantastic beat, but Lynn really brings out her soft and her tense yells. It is here where the audience can find the Electronic sounds popping out throughout the track. The cut is catchy enough to make Pop radio, but is edgy and heavier enough to be on Rock radio. Thereafter is “Fire” which is the band’s second UK single, featuring distanced kick drum, intense guitar strums, fierce vocals, as well as lyrics; “It’s hard to find life in something that’s already died.” This song alone is enough to get anyone pumped up, and definitely shows the Rock aspect of the band.  The next song is sure to be many listeners’ favorite and it is called “Eyelids.” Here Pvris bring a dreamy, peaceful, hauntingly beautiful melody that has the theme of loneliness, making it the darkest song on the track of the album. It reminds one of a song that would be played at the end of a Horror film, sending shivers down the spine and leaving goosebumps across the skin.  Bringing the tempo back up is “Mirrors” which continues with the theme of supernatural. The track “Ghosts” is very similar with “Mirrors” as they have the same theme, and their addictive drum beats. This is before the final track, “Let Them In,” that ends White Noise on a high note, showing just how powerful Gunn’s voice truly is.

As a band who was just getting started two years ago, Pvris has become an big sensation in the Rock scene. There are one of the only young bands that has been able to mix Rock, Electro, and Pop elements all in one, and it actually sounds good. Lynn Gunn definitely knows how to write lyrics that are relatable, but also punches her listeners in the heart as well. The band, as a whole, knows how to blend well and make different musical elements in their sound that is unique and enjoyable. Those who have not checked out this haunting, but catchy, record are missing out. CrypticRock gives White Noise 4 out of 5 stars. 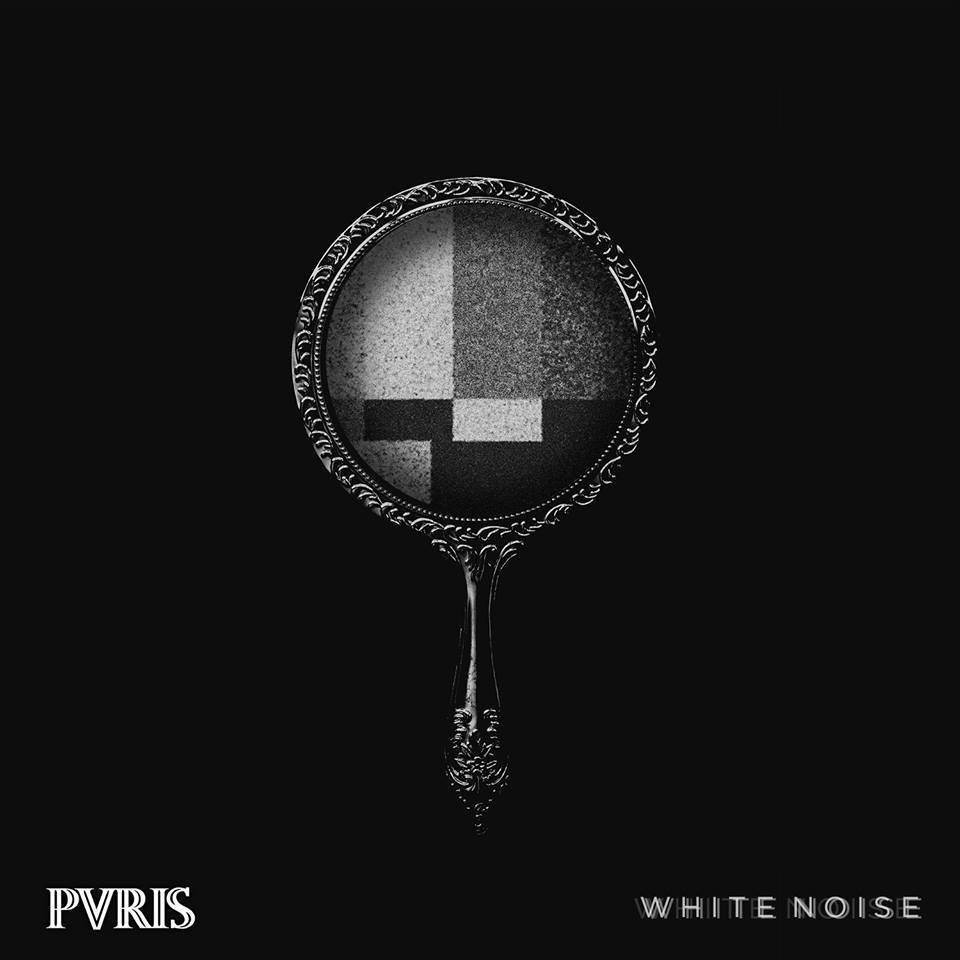