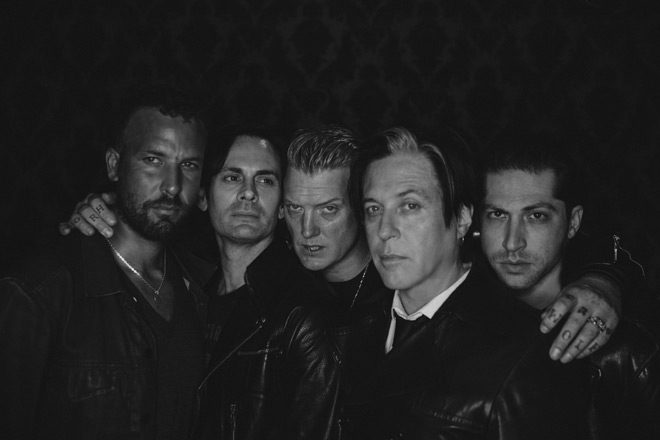 There are bands that everyone has heard of but few besides hardcore fans really actually known beyond the name. Queens of the Stone Age is one of those band who are in a sort of purgatory between being extremely famous, like the Foo Fighters, and being a cult-like act. A factor that definitely adds to their charm, the underappreciated Queens of the Stone Age are back with their new album Villains as of August 25, 2017 via Matador Records.

Their seventh overall studio album, and first since 2013’s …Like Clockwork, while Queens of the Stone Age do not garner as much attention as they deserve, they still manage to top Rock charts with each passing release. Case in point, Villains debuted at No. 3 on the Billboard 200 and was the best-selling album week of release. Someone must be paying attention, right? Kudos to those who are because Villains pushes Queens of the Stone Age’s desert sounds, or Stoner Rock, style to the limit, solidifying their 2 decade long career.

Interestingly working with a production team of Mark Ronson with Mark Rankin, Josh Homme (vocals/guitar), Troy Van Leeuwen (guitar), Michael Shuman (bass), Dean Fertita (keyboards), and Jon Theodore (drums) worked on Villains together for the first 3 months of 2017. A diverse mix of talents, there is something inherently evil in this album, it almost comes across a little Sci-Fi with all the synths, sound effects, and guitar tones. Very similar to their 2002 album Songs for the Deaf, Villains is not a concept album, per say, but the band do follow very strict rules for how the album will progress.

Those who remember, Songs for the Deaf had some really funny and memorable radio station segues between songs. That in mind, Villains continues that trend, but instead of having radio DJs saying hilarious things, the listener is treated to various creepy sounding segues that tie into most tracks quite nicely. Starting off with a 2-minute Sci-Fi-like build up, the purpose of “Feet Don’t Fail Me” is to scare and excite the listener, and it does just that. The longer the intro goes, the more the sounds are layered, working perfectly to kick off the album.

The fun doesn’t end there because the next track, “The Way You Used to Do,” jumps in as fast as the last one ends. Succeeding in making the listener continue to tap their toes, with the upbeat sounding guitars and clapping snare sounds, it is one of the more catchy tracks of Villains. A couple of songs in, “Head Like a Haunted House” keeps the danceability feeling alive with its half Ramones, half Rockabilly sound. It is the most fun you will find on the entire album, and no doubt would be a blast to hear live.

This all in mind, Villains is an album of two halves. On one hand, you have the crazy and fun sounding tracks that make you want to rip your clothes off and dance, so be prepared for that. On the other hand, you have slower tracks that are just as interesting, which goes to show Home’s genius as a songwriter.

For example, “Domesticated Animals” offers very deliberately strict and repetitive guitar riffs to enhance the paranoia of the track while Homme’s vocals are as beautiful as they are haunting. Then, “Fortress” is as interesting as it is pleasant sounding. Here Homme’s voice play perfectly with the guitar tones, but what really pushes this song over the edge is the 1960s styled Sci-Fi synth effects in the chorus. Moving along, “Un-Reborn Again,” is more of a straightforward track, but again, the Sci-Fi vibe takes over, really separating it from being just an ordinary song.

Wrapping it up, “Villains of Circumstance” proves the you always save your best work for last. At first glance, it sounds like it does not fit with the rest of the album. It begins very slow, with Homme singing against slow plucked guitars. Before you know it, the entire band joins in and really picks up the mood. Matched with delightful chord progressions and Homme’s signature high notes, the combination of the two make it a truly amazing piece of musical composition to conclude the album.

All in all, Villains blends various elements together so well that it is really hard to just listen to one track and judge the album as a whole. None of these tracks sound the same. That being said, it is the first readily accessible album since Songs for the Deaf, and that should be exciting for old and potentially new fans. An album that crowns Queens of the Stone Age as leaders in the world of modern Rock world, CrypticRock gives Villains 5 out of 5 stars. 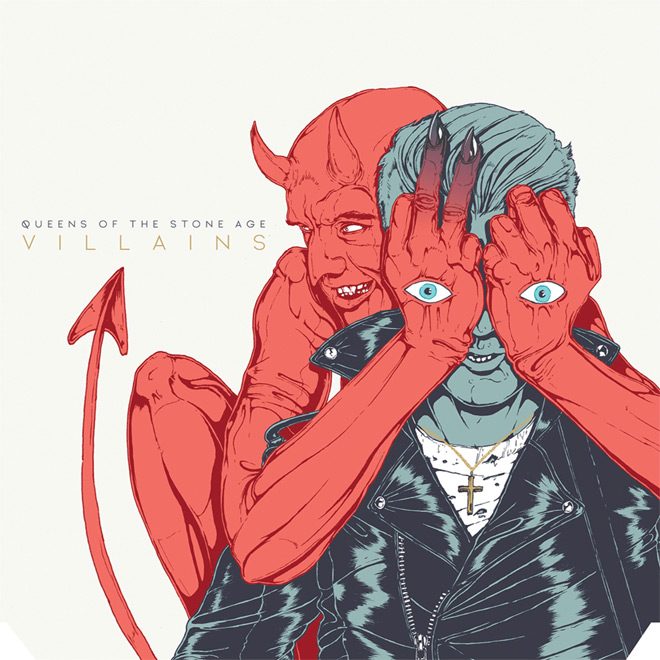