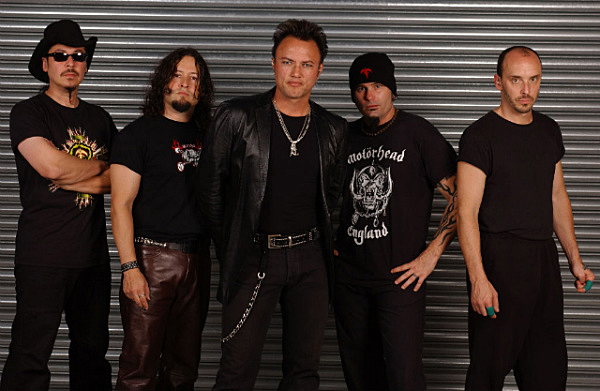 Released back in May of 1988, concept album Operation: Mindcrime is one of Progressive Seattle, WA based band Queensrÿche’s most well-known pieces of work. Gaining recognition right away among fans, its commercial success continues to grow more and more through the years. By the time they released their 1990 follow-up, Empire, Operation: Mindcrime had gone well over the Gold status it gained in the year it was released. Then the band made the exciting decision to perform Operation: Mindcrime live in its entirety during the tour supporting Empire, in 1991 Operation: Mindcrime officially went Platinum.

Fast-forward sixteen years, Geoff Tate (vocals), Mike Stone (guitars, vocals), Michael Wilton (guitars), Eddie Jackson (bass), and Scott Rockenfield (drums) made the announcement that they were going to do a sequel to Operation: Mindcrime to overwhelming positive feedback. The recording took over a year to make, recorded between 2004 and 2005 while in three different studios, The Compound Studio and Synergy Studios in Washington, as well as The Annex Studios in California. Finally, after much hard work, Operation: Mindcrime II was released on April 4, 2006 and fans eagerly ran out to purchase the album. Charting high around the world, it charted highest in the United States, reaching #14 on the Billboard 200 album chart, making it the band’s highest-ranking release since 1994’s Promised Land. Now in 2016, the album celebrates its tenth anniversary, and with that comes a ton of fond memories for fans.

A total of seventeen tracks, the album picks up the story from the point of Nikki’s parole, which is also eighteen years after the original’s release of Operation: Mindcrime. Sounding very reminiscing of the original album, the listener is immediately drawn back in. Starting the music off is “Freiheit Ouverture,” which is an instrumental mood-setter, then the quick, eight second “Convict” is the releasing of Nikki from his prison term. Tasting freedom for the first time in eighteen years, a smooth guitar riff opens up “I’m American” and Tate belts out the lyrics to this very high-tempo song. Taking the tempo back to a rocking groove in “One Foot In Hell,” Nikki finds himself back in the street in familiar territory, remembering more and missing Mary, wanting to seek his revenge on Dr. X.

“Hostage” takes the tempo down just a little more with heavy drumbeats and strong guitars as Tate tells how Nikki feels like a hostage of the judicial system. Feeling Mary’s presence, in all of Nikki’s paranoia, “The Hands” give him strength and guides him; all while the listener is digging a heavy groove. Realizing it is all moving in the “Speed Of Light,” Nikki looks at where he is in his life and what he must do. With a steady tempo, the drums and subtle guitar riffs guide the listener through “Signs Say Go,” then “Re-Arrange You” starts with a symphony and is accented with violins throughout it as Tate flawlessly sings Nikki’s pursuit of Dr. X. The song also features a hard rocking guitar solo mid-song.

“The Chase” features vocals by the late and great Ronnie James Dio as Dr. X. As he tries to minimize Nikki, Nikki stands tall against him and does not cave into him and refuses to become the docile puppet he used to be under his command. With a serious tone to the music to begin the next song, it quickly gains a heavy momentum and Nikki acts out his revenge on Dr. X during “Murderer?” After the lyrics toward the end, “It seems like a good day to die,” the guitars tell the story of the violence of the murder itself. Once Nikki commits his revengeful act, he finds himself not as satisfied as he had hoped, as expressed in “Circles.” “If I Could Change It All” and “An Intentional Confrontation” features Vocalist Pamela Moore as Sister Mary coming to Nikki from beyond during this confusing time for him. Nikki thought he would find solace in killing Dr. X, but instead finds himself right where he started from and now contemplates suicide. Kicking off with a strong tempo and mean guitar riffs, “A Junkie’s Blues” has Tate operatically singing Nikki’s contemplation of his actions during his insane life.

Then there is “Fear City Slide,” which has Nikki making his ultimate choice and he decides to end it all. Again, the guitar tells the story of Nikki’s fate at the end of the song. The final track is the longest on the album at five minutes and ten seconds, “All The Promises.” With very soothing music, Tate and Pamela Moore softly tell the story of the love they had shared here on Earth. This beautiful track leaves the listener with the hopes that true love will always find its way back together, even in the afterlife.

The albums cover art was also similar to Operation: Mindcrime’s and was yet another complement to the original. The overall sound of the music of Operation: Mindcrime II  hearkens back to the sound Queensrÿche fans first fell in love with, giving the listener the feeling of not missing a beat between the first release and its sequel even though eighteen years had passed in between. As sequels go, this one was very well done.

Going strong since 1982, Queensrÿche has sustained a few changes in their lineup over the years. Although, in 2012 one of the biggest changes occurred when Geoff Tate was no longer in Queensrÿche and the turmoil they were in brought them to fight out their differences in courtrooms, resulting in a lot of the band’s troubles becoming public. One of these buried issues developed at the time of the recording of Operation: Mindcrime II.

Even though fans were elated about the sequel of Operation: Mindcrime, unfortunately a lot went on behind the scenes, and even though all the band members are listed as having credit on the album, it was reported later that was not the case at all. In fact, the producer of the album, Jason Slater, in a sworn declaration back in 2012, stated that he had a large part in the writing and playing of several instruments on the album along with many studio musicians filled in the gaps. A troublesome situation fans really want no part of, thankfully in the years to follow, the dust has settled and Queensrÿche moves on.

Surviving the turbulent storm of personal issues and creative differences with Tate, Queensrÿche continues on with Todd La Torre as their vocalist since 2012. Happy as a collective unit for the first time in years, La Torre joined original members Michael Wilton (guitar), Eddie Jackson (bass), and Scott Rockenfield (drums), along with Parker Lundgren (guitar) for a rejuvenated Queensrÿche. Touring and recording new music, their 2015 album Condition Human was praised by critics as some of the best material heard from the band in a long time. As for Tate, he has moved on also, starting a new project in 2014, a band he calls Operation: Mindcrime. Their most recent release was also in 2015, entitling it The Key. While the split tore a portion of Queensrÿche’s fanbase in two, clear-thinking listeners know it was necessary for the health of the band, and that is why the story of Queensrÿche continues on into the future. 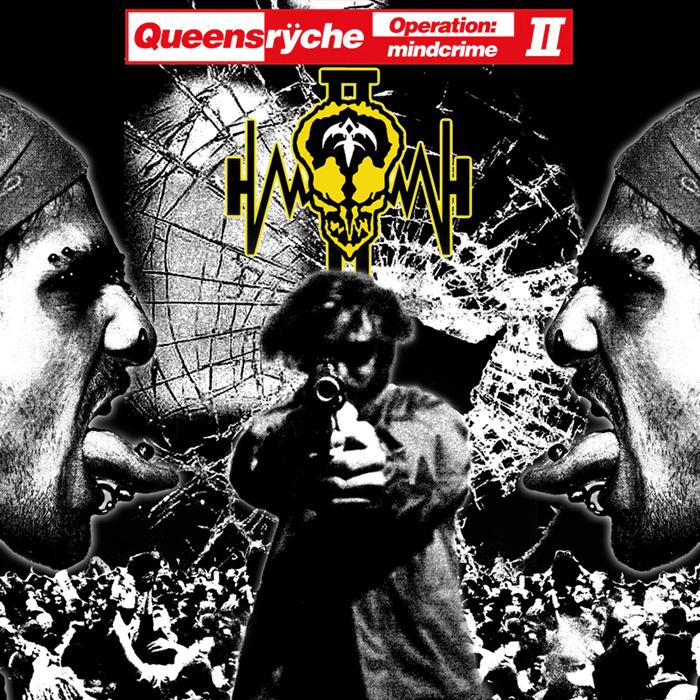