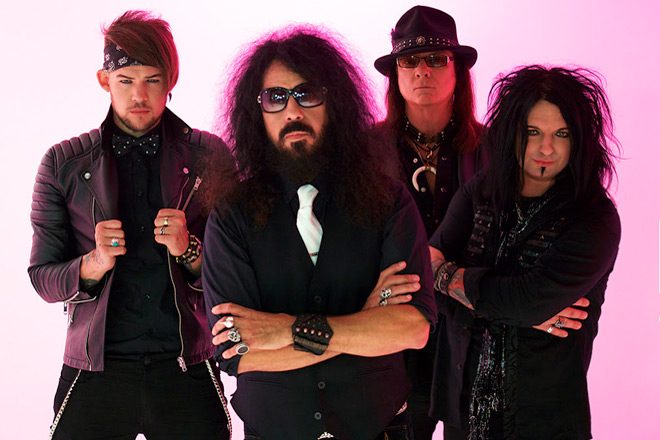 Twisted Sister once shouted “You Can’t Stop Rock ‘n’ Roll!” back in 1983, and over thirty years later, the words still echo loudly. Living proof, Heavy Metal icon Quiet Riot has sustained their share of trials and tribulations. Beginning back in the late 70s, they were initially formed by the legendary Randy Rhoads along with Bassist Kelly Garni and quickly became one of the hottest bands in the Los Angeles, California area.

Led by the ever distinctive vocals of Kevin DuBrow, Quiet Riot would go on to international stardom with the success of 1983’s Metal Health, anchored by unforgettable Metal hits “Metal Health (Bang Your Head)” and, of course, “Cum On Feel the Noize.” Riding high for most of the ’80s era, the ’90s hit and, with that, Grunge dominated, thus leaving no room for bands like Quiet Riot. While others packed it up completely, Quiet Riot returned in 1993 with Terrified, and has been going since. Then, in 2007, they received one of the hardest hits any band could, DuBrow tragically passed after being succumbed by years of a racey lifestyle.

Naturally, one would think this would end the story of the band, but with Rock-n-Roll running like fire through their veins, surviving members resurrected the band in 2010, going on to tour consistently since and put out 2014’s Quiet Riot 10. Going through a revolving door of frontman in the wake of DuBrow’s absence, including a three year stint with Jizzy Pearl, once again, Quiet Riot found themselves without a singer at the end of 2016. Ok, this time they were packing it up, right? Wrong! Ever determined and with plenty left in the tank, the stable lineup of Drummer Frankie Banali, Bassist Chuck Wright, and Guitarist Alex Grossi went back to the drawing board to seek out someone new. In their efforts, they brought in Adler’s Appetite Vocalist Seann Nicols and plotted on new music. However, it did not pan out and the band once again were faced with the delimum of no vocalist until the shining talents of James Durbin caught their eyes, thus recruiting the young rocker to the clan.

Now, after initially scheduling their new album for April 21st, the band pushed back to re-record with Durbin on vocals, leading finally to August 4, 2017 when Road Rage finally sees the light of day. Released via dedicated Rock label Frontiers Music s.r.l., Road Rage marks the band’s thirteenth overall album, and obviously their first with Durbin at the helm on vocals. For the less than up to snuff metalhead, Durbin is a passionate vocalist who once attained a buzz as an American Idol contestant in the series’ eighth season. Before rushing to judgement, Durbin was always a rocker through and through, leading his own band Hollywood Scars for years, plus pumping out three solo albums, with his latest in 2016, interestingly enough entitled Riot on Sunset. On top of all that, this guy grew up on a steady diet of South California Sunset Strip Metal and WWF wrestling. So to say he is unqualified for the job is simply shortsighted.

With all this said, music takes chemistry, and sometimes that takes some time, which raises the question, can Quiet Riot pull off a new studio album with Durbin so quickly? Well, the proof is in the pudding, and the album kicks off on a strong note with a party-like atmosphere with tracks like “Can’t Get Enough” and “Roll This Joint.” Fun songs, with great guitar work, they merely paves the way for the real hard-hitter entitled “Freak Flag.” Possessing all the qualities that make a great throwback ’80s Metal tune, Durbin shines bright on vocals with a great deal of passion. This enthusiasm carries throughout the album as heard on “Wasted” and the bluesy “Make a Way,” complete with harmonica and Eagles-like guitar solo.

Then the band show they put a great deal in to make sure there is no filler as “Renegades” comes in as a chant along tune, perfect for a live show as fists pump in the air. Furthermore, those looking for something a little more mellow, they offer the balladesque “The Road,” which is a reflective piece of finding one’s way back to where they belong; tone wise, think similar to that of Vain. Thereafter, the Classic Rock influence takes the spotlight as Durbin’s voice is pushed all the way to the front of the mix and Grossi’s guitar lay smoothly riffing in the backdrop. A tight Rock record, they bring it to a close with “Knock em Down,” a fantastic road trip cut that should be played at max volume.

An album that saw its setback, Road Rage survives the wrecking. A very solid Rock-n-Roll album from start to finish, the addition to Durbin adds a level of youthful exuberance to Quiet Riot, making their next album that much more exciting. Look at this as an introduction to the new generation of Quiet Riot with a energetic and powerful vocalist in Durbin. Adding more fuel into the unstoppable engine that is Quiet Riot, CrypticRock gives Road Rage 4 out of 5 stars. 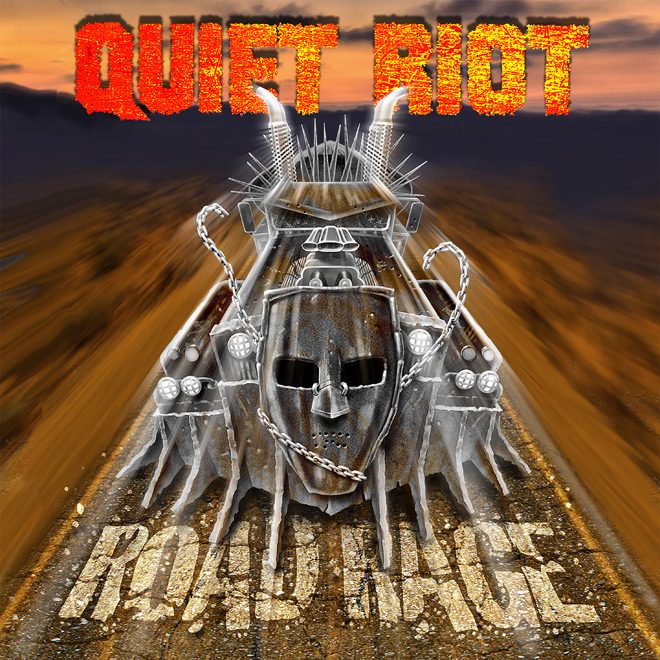