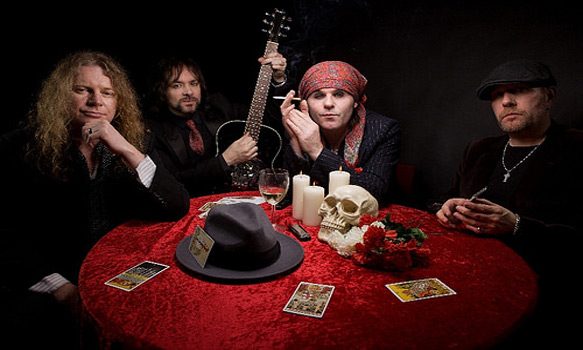 The Quireboys, aka London Quireboys, are down to earth, honest, good-time guys, the sort one would find in a traditional pub playing Honky-Tonk piano while drinking a pint with their friends. So much so, having made the big time and moving out to Los Angeles, being managed by Sharon Osbourne, they realized they did not fit in. So much so, they desired a life less Reality TV and one more real, relocating to Bilston in the UK, and it does not get much more real than the working class honesty of the Black Country.

Coming together in 1984, it was not until 1990 that they really broke into the scene when their debut album scored them chart hits and festival appearances including the famous Monsters of Rock at Donnington Park, UK. Jonathan “Spike” Gray (vocals) moved from Newcastle to London, aged just 17, where he met Guy Bailey and they became flatmates. A year later, they discovered a common love of music and the band emerged. Connections to the Wildhearts, Dogs D’amour, and Ozzy Osbourne helped the band along, but the turning point came when they changed their name from The Queerboys to The Quireboys before playing Reading Festival in 1987. Taking a break in 1993, coming back in 1995, but fully reforming in 2001, they have enjoyed a strong loyal following ever since.

Back in action with their new album, Twisted Love, it is the band’s ninth studio album since their debut, A Little of What You Fancy, back in 1990. Released on Off Yer Rocka record label, the latest album carries on the Blues Rock style that the band is known for. As well as Spike on vocals, Guy Griffin and Paul Guerin remain on guitar, with Keith Weir on keyboards, Dave McCluskey resides on the drum stool, and Nick Malling holding the bass. Once more heading to Sweden to record at Klippan, this is one of their most productive and busy periods, with constant touring revealing a resurgence as the venues grow in size along with their status each trip around.

Opening up the album is “Torn and Frayed” while Spike shows an aged voice. It has become dirtier, grittier, huskier, and it suits his character. As far as the song, it chugs along at a good pace, with some old school harmonica and plenty of Blues Soul, an essence of drama, and a hint of bad behavior. Following up is “Ghost Train” featuring some soulful female backing singers that add a touch of elegance to the mix as it struts its way through a brilliant breakdown. This is followed by “Killing Time,” a song with a double meaning and the filthiest guitar licks. Then, title-track, “Twisted Love,” recorded in its shortened version to tempt radio DJs, is designed to have more immediate impact than the full fat version.

Moving along, “Breaking Rocks” hits a groove, bluesy and relentless, focusing on the hardships of life. This is before “Gracie B, Pt.2,” a re-working of a live favorite that keeps more to the live version rather than the original. It is lust-fueled and filled with Hammond sounds that take a trip back to pay homage to “Riders on the Storm.” Spike’s voice is even more husky, the piano even more bar-room brawl on “Life’s a Bitch,” which features a tongue-in-cheek style mixed with Geordie Hardman attitude.

Perfect to walk along to, much like John Travolta in 1977’s Saturday Night Fever, only on a seedier street and with a less ’70s feel, “Stroll On” moseys along through dangerous alleyways. This is before “Shotgun Way” reminds listeners that The Quireboys are about partying down with your friends, having a good time, drinking some beer, and enjoying life, but sometimes that has consequences. On the other hand, “Midnight Collective” is the softer, seductive side to the band. Hard to resist, supremely sexy and tempting, the guitar slips across like liquid velvet and the backing vocals give it a sensuality that pulls the listener in. From a song that is pure late night to a bright wake up call, brash and loud, bonus cut “Win Some Lose Some” visits the gambling house, and Spike has a laissez-faire attitude to life. Finally, the last of the bonus tracks, “Twisted Love” returns, this time in the full version.

While The Quireboys lost their way during the ’90s, they most certainly seem to have found it again with Twisted Love. That said, they do not pretend to be anything they are not, there is no pretence, they are a good, honest Blues Rock band. Certainly on the way back up, and delivering some strong songs to fans old and new, CrypticRock gives this album 4 out of 5 stars. 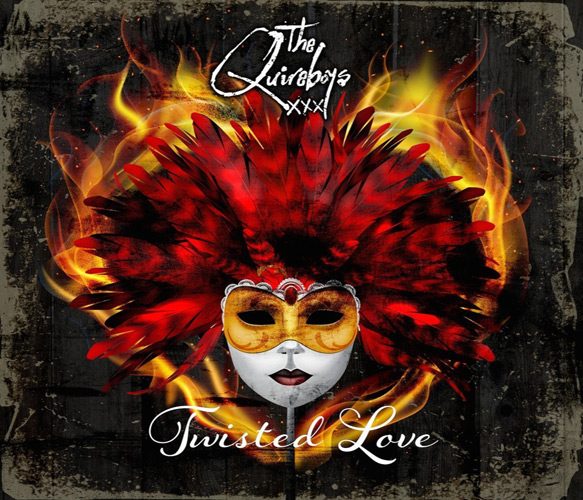