French film Enragés premiered at the Cannes Film Festival back in May of 2015.  A remake of Mario Bava’s 1974 cult classic of the same name, it received an official release in France as of last September 30th, and soon IFC picked up the film for distribution in the USA. Now re-titled Rabid Dogs, the directorial debut of Éric Hannezo, as well as the writing and screenplay debut of Michael J. Carroll, Yannick Dahan, and Benjamin Rataud, it premiered domestically as of January 22nd for American fans to take a gander at. 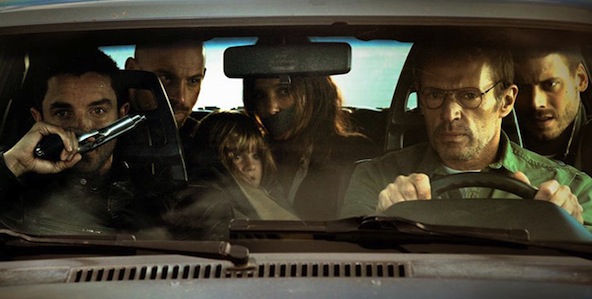 A fast-moving, action-packed Thriller that follows the getaway trail of three fugitives after a bank heist has gone wrong, it is broad daylight during the morning rush hour commute when a bomb filled with purple smoke immerses the air on a busy street in France. Three armed men – Vincent (François Arnaud: I Killed My Mother 2009, The Borgias 2011), Manu (Franck Gastambide: Porn in the Hood 2012, I Kissed a Girl 2015), and Le Chef (Laurent Lucas: I Hate Love 1997, In My Skin 2002) – make their way out of the bank in gas masks shooting out into the crowd to avoid being captured by police. They get into the car where the fourth man, Sabri (Guillaume Gouix: Midnight in Paris 2011, Attila Marcel 2013), is waiting as the getaway driver. As they speed off towards their escape, they move in and out of traffic to avoid police. That is until they swerve in the wrong direction and hit a van head on. With their car totaled, they now need a new plan. They remain hidden on the top of a parking garage while the police scour the city to find them. At this point, they make their way into the mall, which is below the parking garage. There are officers everywhere.

Trying to blend in, they now realize that one of them is injured as they see a blood trail following behind them. Once they are spotted by a security guard, guns are blazing and they now seek a hostage to avoid being detained. As they make their way to the basement of the parking garage, they capture a woman (Virginie Ledoyen: The Beach 2000, 8 Women 2002) who has just finished shopping. Threatening to kill her if police do not back away, they take her, her vehicle, and continue their escape. With one suspect being severely injured from a gunshot wound, the other three leave him behind in an alleyway. They take the money and the female prisoner and look for another mode of transportation. At this time, a vehicle crosses their path, driven by a man (Lambert Wilson: Catwoman 2004, Babylon A.D. 2008).

As they stop his vehicle, they hold him at gunpoint and demand he drive them to the border. Unbeknownst to the criminals, there is a four year old girl in the car and she is wrapped in a blanket, unresponsive. The father expresses how ill she is and begs them to release her. He explains that they need to get to a scheduled hospital visit where she will be getting a transplant that is necessary for her survival. Without concern or empathy, the men insist that he shut up and just drive. This is how the unsuspected journey continues to unfold. With their pictures splattered all over the news, they try to avoid all human contact. These efforts prove to be futile as they continue to have various encounters, leaving their body count climbing. Throughout the movie, the woman and father try to plot ways to escape their grasp but they are unsuccessful. The woman is more impatient and impulsive with her actions whereas the father is more calculating with his attempts. Together they must figure out a way to avoid being killed and save the little girl during this violent road trip. 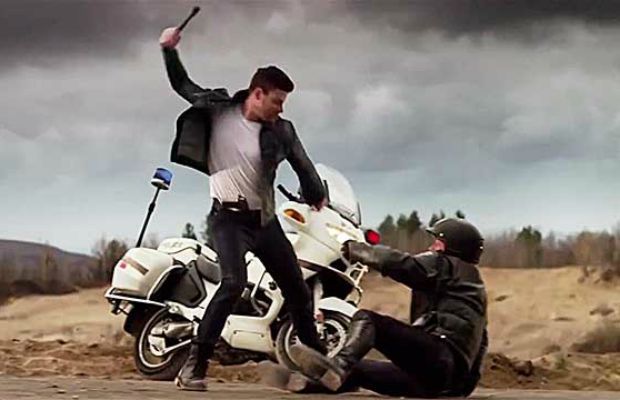 There is something to be said about Foreign Films such as Rabid Dogs in that they are always raw and unapologetic. Films such as this satisfy a craving that only movie connoisseur’s desire. With that said, Rabid Dogs is a highly entertaining picture that is constantly keeping the viewer in suspense with anticipation for each scene. To sum it up, as stated in the best line of the movie, “Things are not what they seem.” CrypticRock gives Rabid Dogs 4 out of 5 stars. 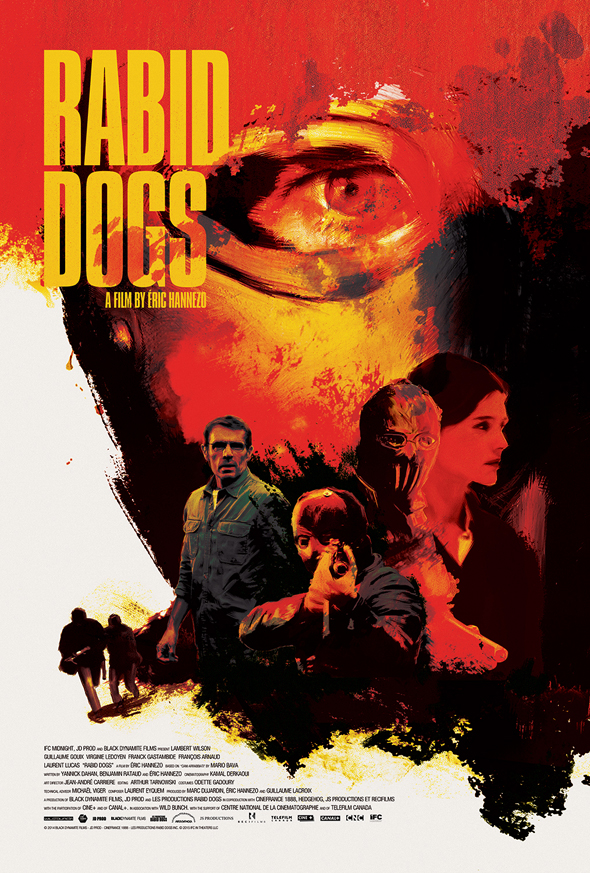