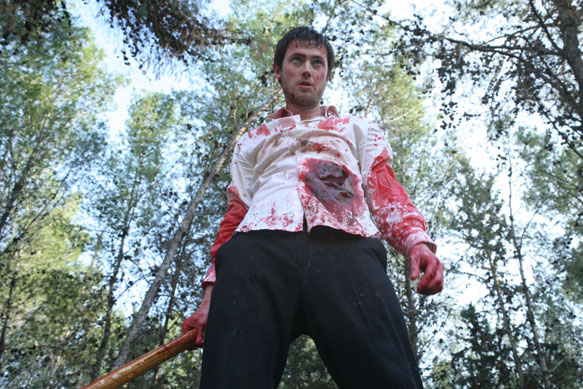 Watching random horror movies on a rainy day is a fanatic’s favorite pastime! The best part about these moments is that you have a chance to go through some of the more obscure titles that you might have missed previously. One such title is called Kalevet, known in the U.S.A. as Rabies. Originally released December 12th 2010, Rabies is an Israeli foreign film approximately 90 minutes long. Directed and written by Aharon Keshales & Navot Papushado, which also worked on the highly anticipated Big Bad Wolves coming to the U.S. on January 17th, 2014.

Rabies stars Lior Ashkenazi, Ania Bukstein and Danny Geva. The plot of this movie according to IMDB is as follows – A brother and sister, who run away from home, find sanctuary in a deserted nature reserve. When the sister falls into the trap of a psychopathic killer, the brother sets out on a race against time to find help. In a twist of fate the rescue of the sister becomes inadvertently intertwined with the lives of a group of young tennis players, a ranger and his dog, as well as a team of policemen.

Although this is a fairly accurate description of the plot, it is still somewhat vague. When you begin watching the movie you think that the plot has to do with the usual maniac killer in the woods who is preying on young innocent victims. What you begin to realize after the first 15 minutes is that the serial killer is just the introductory opening act of this movie. His story-line and actions set off a very unique chain of events that brings this movie to a whole new level. There is a park ranger and his dog who ends up finding the kidnapped sister after the killer tries taking her away again. Two young male tennis players who hit the brother with their car then try to help him find the sister. There are also two young girls that are with the tennis players who end up running for their lives from a creepy cop who wants to make them pay for being “teases”, and then there is his partner officer who just wants to get home to his wife. These various scenarios affect all of the characters in different ways and send them each to their own grim demise. You soon start to see why the movie is titled Rabies. The need for vengeance is the disease that spreads within all the characters causing them to kill or be killed. The coolest part about this “disease” is that it is all an implied metaphor that is symbolic because of the chain of events, fear and revenge that ignite each character. 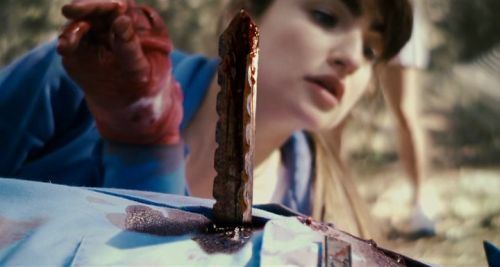 Foreign horror movies usually tend to be more twisted, graphic, and raw than the ones made in the USA. Although Rabies was not as gory and demented as the usual foreign film, the attention to detail with each scene was very impressive. They made sure to cover all bases and kept the death scenes bold and original and also added some occasional sarcastic humor to give the movie some dimension. CrypticRock gives this movie 4 out of 5 stars. 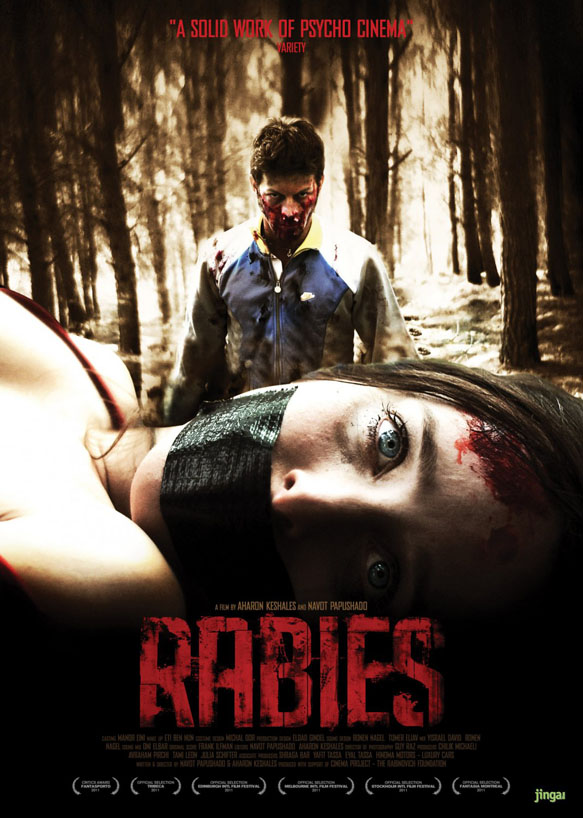 Written by Mindy Ganz
Rabies can currently be purchased through Amazon Prime.