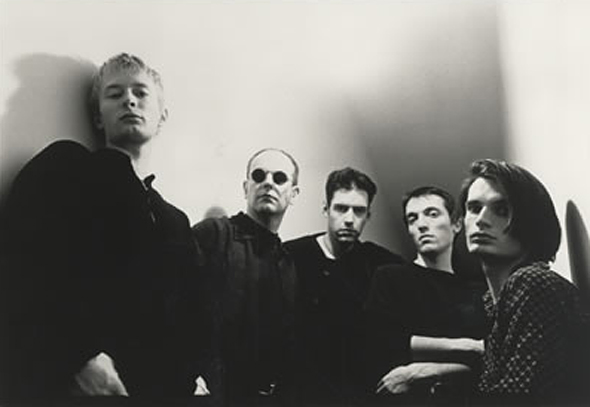 Back in 1985, five school boys from Abingdon, Oxfordshire, formed a band called On A Friday, but after a chance meeting with EMI/A&R Records representative Keith Wozencraft, the band changed their name to Radiohead and have been going ever since. Renamed after the Talking Heads song, “Radio Head,” from the album True Stories (1986), the band started off with the multi-talented frontman Thom Yorke (vocals, piano, guitar), Jonny Greenwood (lead guitar, keyboards), Colin Greenwood (bass), Phil Selway (drums, percussion, backing vocals) and Ed O’Brien (guitar, backing vocals), all of whom are still members. Carrying a strong influence of R.E.M, the band had frequent live shows and supporters throughout their town, and their consistent motivation paid off. Their first album, Pablo Honey (1993), released the hit single “Creep,” landing the band in the Top 40 radio rotation and putting Radiohead on the map. Thirty years later, they are considered one of the most influential bands from the ’90s.

Hindsight is 20/20, and although the band is a household name now, their music was considered too depressing by many listeners on its initial release. Between Grunge Rock and Britpop exploding in popularity at the time, Experimental and Art Rock were left completely off the radar. This changed when Radiohead came in, redefined the sub-genre, and shoved it into the spotlight. Before their innovative direction was attuned, critics called them a softer Nirvana and an outsider of a group with a sound no one could seem to pin down. The music was ahead of its time, so new and different that many people did not pay attention. It was assumed that “Creep” was going to be the band’s one hit wonder and that they would not make it past a second album. Radiohead questioned themselves and considered packing up their gear, feeling doubtful during the beginning phases of recording their second album, The Bends, released March 13, 1995 via Parlophone records. Nigel Godrich engineered the album, as well as every Radiohead release since. The Bends was produced by Abbey Road Studios’ (formerly known as EMI) Producer John Leckie, who had also worked with Pink Floyd.

“Planet Telex” opens the album strongly with its spacious, ambient tone, cutting with darker keyboards that captivate the listener right from the start. The majestic flow and balanced combination between the guitar and keyboard riffs escalate the emotional introduction to the album as a whole, bringing to mind the film Eternal Sunshine of the Spotless Mind (2004), when Yorke cries out, “Why can’t we forget?” It is depressingly haunting and motivationally engaging. “The Bends” quietly comes in and picks up on the theme of heartache and the re-evaluation of friendships. The powerfully soothing melody invokes fantasies on what happiness would look like if it were ever possible. The first single off the album and Yorke’s least favorite song, “High and Dry,” continues with a slower tempo, sounding like a Rod Stewart B-side hit. “Fake Plastic Trees” had additional success after being featured in the 1995 film Clueless. Yorke wrote this song loosely about Canary Wharf, an area in London covered in artificial trees, despite initially being interpreted as the search for the right person and getting tired of the game.

AMC’s The Walking Dead’s Norman Reedus made an appearance in the video as the man with the trolley. An electronic intro with a long, slow guitar riff erupts in the melodic “Bones,” with lyrics ranging from numbing the pain to the inevitable rollercoaster one faces in the game of life. The liquefied and serene track “(Nice Dream)” soothes the mind by looking at childhood memories through rose colored glasses, with the distinction between a dream and reality well played well instrumentally. Continuing to the subject of narcissism is “Just,” a song written about an old friend of Yorke’s who was madly in love with himself. Greenwood’s guitar solo combines fluidly with the change in Yorke’s vocal dynamics. “My Iron Lung,” the title track from a 1994 EP, closely followed “Creep” with the theme of heartache, depression and pain. “Bullet Proof… I Wish I Was,” “Black Star,” and “Sulk” flow together with darker arrangements and also hold to the album’s melancholy structure. Inspired by R.E.M. and the book The Famished Road by Ben Okri, “Street Spirit (Fade Out)” has a strong arrangement and is highly emotional, a beautiful ending to a remarkable album.

Reaching a greater amount of critical acclaim than their debut album, The Bends went triple platinum in the UK and Canada, also reaching platinum status in the US. Showing Yorke’s impressive songwriting ability, the album captures themes of depression and personal endeavors as he sings about his own struggles, using metaphors of crippling deterioration. At times haunting, daring, and lovingly disturbing, The Bends stands out with its murky guitar riffs, opaque ambiance, and refined lyrics. Only peaking at 88 on the US Album charts back in 1995, the album was ahead of its time, and is now considered one of Rock’s best albums. Thom Yorke asked in the titled track, “Where do we go from here?” The answer – a twenty year road of inspiring, legendary, and critically acclaimed accomplishment. Without The Bends, Radiohead might have been a one hit wonder, and bands such as Arcade Fire and Coldplay would never have found their inspiration. 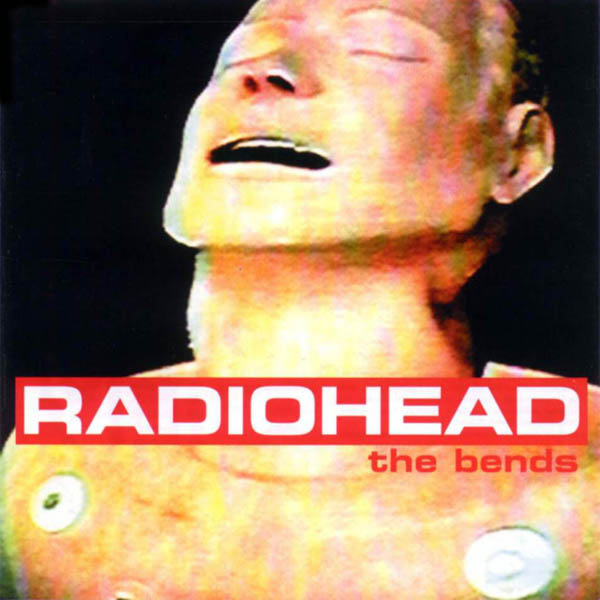