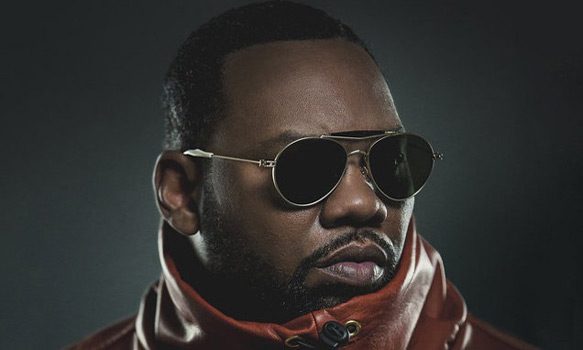 One of the most influential groups in the history of Hip Hop, the Wu-Tang Clan rose from the shadows of Staten Island, New York back in the early ’90s. With a business savvy attitude, they paved the way for their multi-platinum future as well as the successful solo careers of each of their members.

A key component of Wu-Tang Clan, Raekwon the Chef would be the third member to drop a solo album back in 1995 with Only Built 4 Cuban Linx…, highly regarded as one of the best Hip Hop albums of the decade. Since then, Raekwon has busted out one hit record after another, and now returns in 2017 with The Wild.

Raekwon’s seventh overall studio album, The Wild marks his fourth released via his own label, Ice H20, when it finally hits the public on March 24th. An album that has a bit of a buzz surrounding it, Raekwon has kept much of the music and story behind a secret until release day. In fact, during his recent appearance on SiriusXM’s BackSpin, Raekwon respectfully declined to devow too much information, but soon The Wild will be unleashed!

Known for his ability to craft incredible imagery with vocabulary and his wealth and power aspects of his songs, Raekwon kicks off The Wild on a dangerous note with an intro that blends the old school beats native to New York with animal sound effects, but with modern touches.

Setting the stage for an incredible journey, “This Is What It Comes Too” carries on the feeling from the previous track but brings on a smooth flow and even smoother beat. A track which features a music video Raekwon posted via his YouTube channel back in early February, it is a potent sample taste of The Wild’s main course. That in mind, “Nothing” slows the tempo a bit while possessing a mature sound mixed beautifully with an updated feel as Raekwon’s lyrics flow with ease.

Switching it up, and keeping the mood relaxed, the in-between track “Skit (Bang Head Right)” feels like a private, personal look into a jam session brainstorm. Turning to story mode, “Marvin” features CeeLo Green offering some R&B vibes, adding to the overall emotion of the song. Turning the tide once again, the upbeat “Can’t You See” dishes out a very urban feel while connecting with the struggle of everyday life growing up in tough situations.

Diving into the darkness, the synth-laden “Corners” features Lil’ Wayne as he and Raekwon offer up a fast-paced cut that is perfect for cruising down the road with the windows down. The most recent sneak peek to show up on Raekwon’s YouTube, it is full of timely rhymes and a memorable beat while the master brings attitude front and center.

Taking another short break from the music, with a train clattering in the background “Skit (Fuck You Up Card)” offers a conversation unfolding, providing images of a deal being made. Then, with savage wordplay and dark organs, “M&N” pulls into solid Horror vibe as Raekwon and P.U.R.E  share the spotlight on the mic. This is before flipping the switch on “Visiting Hour” where Andra Day offers some powerful vocals. While the situation feels dire, a gentle piano in the background lends hope to the track.

The last of the album breaks, “Skit (Bang Fall Down)” is a prelude to “The Reign,” a song which lyrically illustrates the struggle of becoming a legend. Having a positive feel, Raekwon’s words inspire to dreams hard and aim for further success. Keeping the energy going, Raekwon takes listeners to church with “Crown Of Thrones” offering words of wisdom about loyalty and the riches of life.

Rolling in on a much more modern sound, “Purple Brick Road” sees Raekwon team up G-Eazy to gift listeners a sophisticated track completely comfortable in the rich and famous lifestyle. Also featuring a new music video, it further shows the diversity of the album. Speaking of which, “You Hear Me” closes it all out, trudging through emotion with catchy lyrics and a reaffirmed resilient attitude.

A refreshing break from the norm, The Wild stands out from today’s Hip Hop with a mature sound and the old-world elements that make up the foundation of the genre. Strong and confident with colorful lyrics and creative beats, there are no gimmicks or tricks with The Wild. The message is loud and clear as Raekwon takes on the jungle that is the modern music industry.

Some diehard fans may question why Raekwon did not include any Wu-Tang alumni on the album, but have no fear, the list of guest spots from other artists fit perfectly. Arranged well and exciting to hear, The Wild proves real Hip Hop is alive and well. Keeping anticipation high, Raekwon offered this in a recent interview, “This album is a circus of emotions. I hope you get a great seat to what I will display on The Wild. Get ready…” Well done Chef, and that is why CrypticRock gives The Wild 5 out of 5 stars. 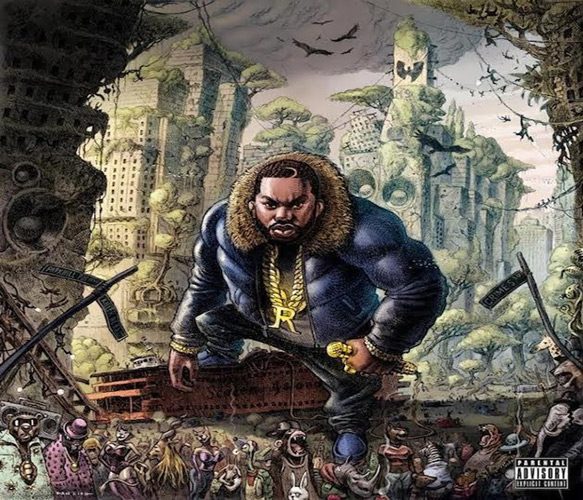